Marine Botany is the study of aquatic plants and algae that live in oceans, seas, intertidal zones and even in brackish water (more saline than freshwater but less saline than true marine environments) of estuarine zones. It is a combined branch of marine biology and botany.

Definition from Wikipedia, Marine botany is the study of flowering vascular plant species and marine algae that live in shallow seawater of the open ocean and the littoral zone, along shorelines of the intertidal zone and coastal wetlands, even in low-salinity brackish water of estuaries.1

Regarding the oceans, the Earth is a unique planet within our solar system for a number of reasons…..

Marine Environment is highly diverse. Because,

Now, let’s know about the seven continents and how much area they cover in the global surface.

Oceans of the Earth

The Bay of Bengal

The Bay of Bengal is the northeastern arm of the Indian Ocean, bounded on the west and northwest by India, on the north by Bangladesh, and on the east by Myanmar and the Andaman and the Nicobar Islands of India. Its southern limit is a line between Sangaman Kanda, Sri Lanka and the north westernmost point of Sumatra (Indonesia). It is located between latitudes 5°N and 22°N and longitudes 80°E and 100°E.

The Bay of Bengal is the Indian Ocean’s second-largest subdivision after the Arabian Sea.

The occurrence of marine species – both plants and animals – in the Bay of Bengal has largely been controlled by the physico-chemical properties of ocean water. Water discharges from the surrounding river catchments carry huge influx of sediments full of nutrients to the Bay, particularly along the near shore region. This has turned the Bay into a fertile marine fishing ground of the region. The near-shore up-welling zone not only has a high yield of nutrients, but also is a high primary production area for the phytoplankton and related zooplankton zones.2

Causes of loss of biodiversity in Bay of Bengal area

Damage is caused due to coral bleaching and several anthropogenic activities like fishing, pollution, habitat alteration, introduction of exotic species and climate change.

The environment of these areas are drastically undergoing degradation. So inhabiting organisms and even micro and macro algae could possibly become extinct in the near future.

The Domains of Life

Here, the Protista kingdom of Eukaryota domain have been shortly introduced to get an idea over general characteristics of marine flora (mainly algae).

The variety of marine plants that grow in the sea range from unicellular to multi-cellular macro-algae, to flowering plants, including sea-grasses, salt marsh plants, and mangroves.

Algae  is an informal term for a large, diverse group of photosynthetic organisms

Phylogenetically or evolutionarily speaking, Unicellular Green algae may be the ancestor of other green algae and higher plants.

Green plastid results from a primary endosymbiotic event between a host eukayotic cell and a cyanobacterium.

It is said that ancestor e.g. Pyramimonas or other prasinophytes would have swallowed a cyanobacterium and chosen to keep it rather than digest.

Fossil records says that Phycoma or cyst of prasinophytes are very old.

Seaweeds in the Global Perspective

Marine potential is massive
The EU market for sea vegetables is growing by about 7-10% per annum.

Marine Ecology is the scientific study of marine-life habitat, populations, and interactions among organisms and the surrounding environment including physical and chemical factors that affect the ability of organisms to survive and reproduce.

Biodiversity is an unique feature of our biosphere, sustainability of which is directly related to the existence of human civilization.

Currently in 4th year (Hons) in the Department of Botany, University of Dhaka. Planned to have multiple careers one by one but promised to be with 'Plantlet' as long as it's primary stage remains unfinished. Email: abulaisshomrat@gmail.com Minimum monthly resolution - Publish (1), Revise (3), Share (5)
Previous Nori Cultivation
Next Introduction to Marine Botany: Phytoplankton 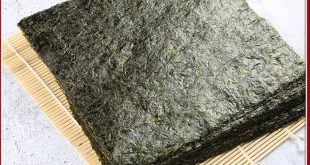