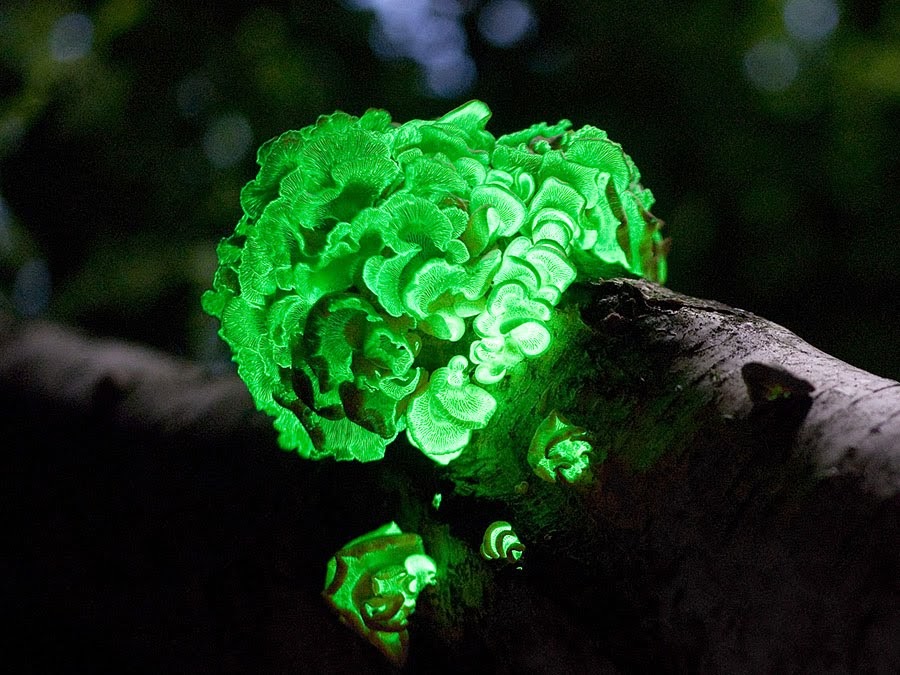 ( click here to read more about rhizoid and rhizomorph.)

A naked multinucleate mass of protoplasm that moves and feeds in an amoeboid fashion such as the somatic phase of Myxomycota. It is a jelly like structure and comes after fertilization.

Mycelium is the vegetative part of a fungus consisting of a mass of branching, thread-like hyphae. It may be minute, forming a colony that is too small to see, or it may be extensive.

A hypha (plural hyphae) is a long, branching filamentous structure of a fungus. In most fungi, it is the main mode of vegetative growth, and are collectively called a mycelium.

Holocarpic fungi are those in which the entire thallus is differentiated into a reproductive body when mature. Hence, the vegetative and reproductive phase can never occur at the same time.

Most of the fungi are eucarpic. Here only a part of the thallus is involved in the development of reproductive organs and remaining thallus remains vegetative. In eucarpic fungi, vegetative and reproductive phases exist at the same time.

Homothallism is the condition in which one individual originating from a single asexual spore is capable of forming zygospores independently i.e. having male and female reproductive structures on the same thallus. Here, the opposite sexual functions are performed by different cells of a single mycelium.

Or, it is defined as the condition in which Zygospore formation takes place only when mycelia arising from asexual spores of two genetically different mating types (+) and (-), are allowed to interact.

A cycle in which plasmogamy, karyogamy and haplodization take place but not at a specific line or at specified points in the life cycle of an organism. Some fungi do not go through a true sexual cycle as we defined it but may derive the benefits of sexual reproduction through this process.

Currently in 4th year (Hons) in the Department of Botany, University of Dhaka. Planning to have multiple careers one by one but promised to be with 'Plantlet' as long as it's primary stage remains unfinished.
Previous An Introduction to Fungi
Next Lower Fungi & Higher Fungi