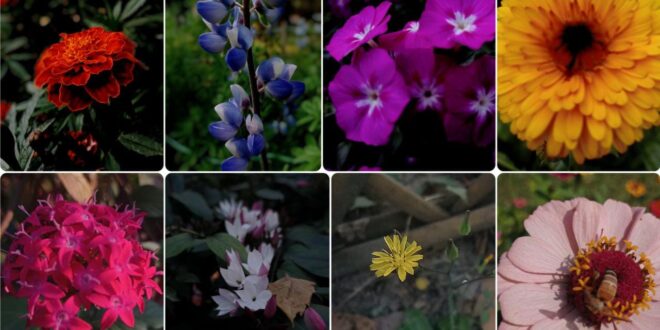 “How strange and chaotic life it become if it were possible to abandon the use of names for the identification of everything we see, make, or handle. The acquisition and dissemination of knowledge would become impossible, and the business of the world could not go on.”-Macself in Johnson, 1971

A word or set of words by which a person or thing is known, addressed, or referred to. And Nomenclature means the devising or choosing of names for things, especially in a science or other discipline. Man has always been a nomenclaturist; he has used names for plants, animals, and objects; he has categorized plants, animals, and objects with or without special terminology and systems. “Centuries ago each plant was known by a long, descriptive sentence, which was unwieldy, to say the least. Then Caspar Bauhin (1560-1624) devised a plan of adopting two names only for each plant. But it was not until the great Swedish naturalist, Linnaeus (1707-1778), undertook the task of methodically naming and classifying the whole living world ‘from buffaloes to buttercups’ that the dual name system became permanently established. Since the publication of “Species Plantarum” by Linnaeus in 1753, the forming of names in Latin for international use has been a fundamental task for botanists or taxonomists.

Binomial nomenclature (‘two-term naming system’), also called binary nomenclature, is a formal system of naming system. Two parts of a name use Latin word. The first part of the name is generic name- identifies the genus to which the species belongs, the second part of the name is the specific name or specific epithet- identifies the species within the genus.

Botanical nomenclature has a long history, going back beyond the period when the Latin language was scientific language all over the UK. The principal Latin writer on botany was Pliny the Elder (23-79 AD). Leonhart Fuchs, a German physician and botanist, is often considered the originator of Latin names for the rapidly increasing number of plants known to science.

The Bauhins, in particular Caspar Bauhin (1560–1624), took some important steps towards the binomial system, by pruning the Latin descriptions, in many cases to two words. He was a Swiss botanist whose Pinax theatri botanici (1623) described thousands of plants and classified them in a manner that draws comparisons to the later binomial nomenclature of Linnaeus.

Difference between taxonomy and nomenclature

Taxonomy is the scientific study of describing, identifying, naming and classifying a living organism based on its character. And nomenclature is the section of taxonomy concerned with naming taxa as well as with the application of existing taxon names in the context of subsequently proposed taxonomies. A taxonomist always care about a taxa to describe, identify and to give it proper classification. Naming a taxa is only a part of taxonomy.

What is ICBN or ICN?

ICBN- International Code of Botanical Nomenclature. The ICBN is the set of rules and recommendations dealing with the formal botanical names that are given to plants. Its intent is that each taxonomic group (‘taxon’, plural ‘taxa’) of plants has only one correct name that is accepted worldwide.

ICBN is the set of rules and recommendations for naming the plants, fungi and a few other groups of organisms. The name was changed from ICBN to ICN in July 2011 at the International Botanical Congress in Melbourne. Botany requires a precise and simple system of nomenclature used by botanists in all country, dealing on the one hand with the terms which denote the ranks of taxonomic groups or units, and on the other hand with the scientific names which are applied to the individual taxonomic groups’ plants.

The nomenclatural type is that constituent element (a specimen, or a description or a figure) of a taxon to which the name is permanently attached. This need not be the most typical or representative element but is the original material on which the description of the taxon is based.
Following kinds of types are recognize

These are noted below with their alternative names:

Rule 7: Splitting of a Genus

Why use this relatively complicated system of names? Supposedly Latin names are so long and unpronounceable. Why not use common names? Benson (1962) states very succinctly why vernacular or common names cannot replace scientific names.

The system of nomenclature has been standardized in a code so that communication about plants, plant parts, and plant products is based on a name acceptable the world over for commercial as well as scientific purposes. This work since (presumably) one kind of plant may not have more than one correct name and no two kinds of plants may have the same name. The scientific name is communication symbol for plant knowledge and use everywhere.