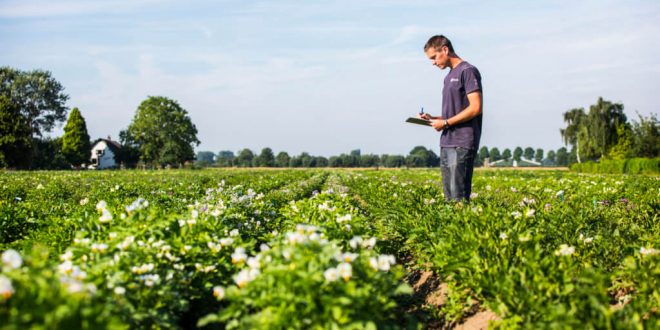 A variety is a genotype or group of genotypes approved for commercial cultivation by the Variety Release Committee and the Bangladesh government. A variety is also termed as ‘cultivar.’ The new variety should have morphological, physiological, and biochemical traits that set it apart from existing cultivars. In addition, it should be pure and look uniform. Furthermore, the improved variety should give stable performance in different generations. In other words, it should remain unchanged in its distinctness and uniformity for a reasonable period.

Before releasing the improved variety, it has to go through many trials and tests. Then, after the newly developed variety outperforms all the previous varieties, then the authority decides to release the new variety. First, however, certain norms for releasing new varieties have to be strictly followed.

After a breeding program is completed, planting material is released and sent to the seed industry and/or farmers. The methods for releasing lab-created cultivars to farmers differ significantly. In general, the steps by which the State Agricultural Experiment stations develop varieties to reach the farmers are:

This process starts when the breeder decides that a particular genotype has merit as a new cultivar. This decision will be taken after observing the potential new cultivar’s performance throughout the breeding program. In most cases, the decision to release or launch a cultivar is not the exclusive decision of the breeder. To begin commercialization, a breeder working for a commercial organization is unlikely to make the final decision. The breeder proposes to the authority about releasing the new variety or new potential cultivar. A review board formed by the Agricultural Experiment Station normally has the ability to release a new variety.

The plant breeder or sponsoring agency presents to the committee all information regarding the variety’s characteristics, performance, distribution, and upkeep. The breeder must show that the new type is eligible for release at the Agricultural Experiment Station. The authority will decide the cultivar’s potential commercial impact and, more significantly, the possible revenues if the release is successful.

Suppose the new cultivar has been developed in a University department or other public organization. In that case, the final decision on release may involve heads of departments and deans of the college or experiment station. In this decision-making process, the decision-makers must bear the requirements for a new cultivar very clearly in mind. If the cultivar does not match the standard, it will be impossible to commercialize it.

2. The naming of the variety

The sponsoring breeder suggests a name for the variety to facilitate its identification. Most experiment stations prefer or even demand one-word names. Any cultivar to be sold commercially must be given a unique name or identifying code before releasing. There should only be one with that particular name within any given crop species. In case there is some unfortunate problem, such as a cultivar being mistakenly allowed a duplicate name, it is difficult to change the name after release.

Hybrid cultivars are often given a number code rather than a recognizable name. The number code has a prefix that identifies the company responsible for its development in such cases. In choosing names, it is helpful to select easy ones to remember and convey, if possible, the right image. Suppose a cultivar is marked in a foreign country or in an area where a second language is shared. The cultivar’s name must be easily pronounced and must not have an undesirable meaning in the other language. Marketing seed under the wrong name is a misrepresentation. It may result in financial loss for various seeds. The authority should impose a truth-in-labeling law to protect farmers and home gardeners who purchase seeds.

After deciding to introduce a new variety and naming it, the plant breeder makes a limited increase of it. Breeder seed is produced from the progeny of nucleus seed (the initial pure seed of an improved variety available to plant breeders. The nucleus seed is 100% pure genetically and physically and there are only a few of them). The founding or sponsoring plant breeder of the breeding program or institution controls the seed or vegetative propagation material. In order for the next generation, i.e., the certified foundation seed to meet the genetic purity standards, breeder seed must be genetically pure. Other cultivar quality parameters, such as physical purity, inert matter, germination, etc., must be stated on the label. A golden yellow color certificate is issued for this seed category by the producing breeder.

4. Production and Distribution of Foundation Seed

It is raised from the nucleus, breeder, or foundation seeds. Registered seed growers are selected from progressive farmers. The purity of these seeds is maintained from time to time. Seed certification organizations maintain it via field inspections and seed testing. The bags are sealed with a purple-colored label.

6. Production and Distribution of Certified Seed

The final step in releasing a variety is distributing registered seed to certified seed growers in each region in the state. A certified seed is the descendent of the foundation seed, and its products must be handled to ensure genetic identity and purity. Certified seed may be the progeny of certified seed, providing the offspring is no more than three generations old. ” Not eligible for further seed increase under certification.” shall be superscribed on certified seed produced from certified seed.

The certification tag shall be blue for the certified seed class.

The process starting from developing a new variety in the lab to releasing the variety, all progresses step by step following specific rules and norms. The whole process may take up to 10-12 years.

I'm a student of department of botany at University of Dhaka. I'm learning a lot of new interesting things about different spheres of botany and I'll keep updating about them to keep your knowledge of nature enriched. Email: tarannum28@gmail.com Minimum monthly resolution: Publish(3), Revise(2), Share(5)
Previous Release of An Improved Variety from Lab to Farmers: Part 1
Next Binomial Nomenclature: Two Term Naming System