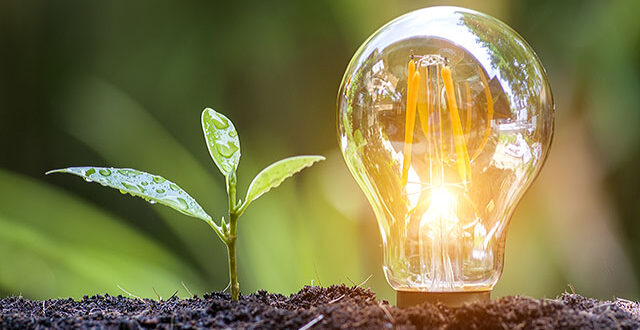 While imagining the future, we think about a lot of things like flying cars, robots assisting humans, and even time machines. But do we ever imagine ourselves depending on plants to watch TV, turn on fans, or even charge our mobile phones? For now, it may seem hard to create that image in our mind but it’s not impossible to do so. Just like solar panels, plants can also store solar energy but the converted energy wasn’t accessible to us as electrical energy before. Rather we got that energy in form of food. But a discovery in the year 2013 shaped our imagination into reality. That day is not too far when we’ll start using plants as our at-home power plants.

We know the sun is the source of all energy. But plants can capture only 2% of the solar energy in the thylakoid of their chloroplasts. The process of converting the energy from sunlight into chemical energy by green plants is known as photosynthesis. During photosynthesis, plants use carbon dioxide and water along with sunlight to create energy for the plant in the form of starch and sugar. After the water molecules have been split up by enzymes, oxygen is generated as a byproduct of photosynthesis. At this point, hydrogen ions and electrons are also generated and released to power the rest of the process.

Billions of years of evolution have made plants undisputed champions in the case of using solar energy. They work at nearly 100 percent quantum efficiency. That means, for every photon of sunlight a plant captures, an equal amount of electrons are produced. Even converting a fraction of this into power would improve the efficiency of solar panels which typically function at efficiency levels ranging from 12 to 17 percent. This fueled some researchers from the University of Georgia to work on how we can harvest electricity directly from plants and thus led to the mindblowing discovery.

In the search of getting ‘True green energy,’ a team of researchers decided to blend nature with technology. We know, photosynthesis has been fueling plant life for over 450 million years, but the team has discovered a new way to leverage this process to benefit expanding human energy demands. The main mechanism is to interrupt the usual photosynthesis process of plants by capturing the freed electrons right before they can take part in other processes like making sugar. The team has published their finding in the journal Energy and Environmental Science.

After the enzyme splits the water molecule, nanotubes capture the freshly liberated electrons before they enter the electron transport chain. Nanotubes are cylindrical structures made up of carbon that are nearly 50,000 times finer than human hair. The nanotubes act as electrical conductors, capturing the electrons from the plant material and sending them along a wire. This was accomplished by modifying the thylakoids, which are the structures within chloroplasts where light-dependent photosynthesis reactions occur.

When the scientists compared the current created by a plant to that of a similar-sized solar cell, they observed that the current generated by the plant was around twice as powerful as that of the cell. Because plants are significantly less efficient than solar cells at generating energy from the sun, these findings were both surprising and encouraging.

Since this technology is so new, there aren’t any actual applications for it yet. But everything needs to begin somewhere and this might be the beginning of entering into an era of 100% clean and green energy.

I'm a student of department of botany at University of Dhaka. I'm learning a lot of new interesting things about different spheres of botany and I'll keep updating about them to keep your knowledge of nature enriched. Email: tarannum28@gmail.com Minimum monthly resolution: Publish(3), Revise(2), Share(5)
Previous Doomsday Seed Vault: Hoarding for Apocalypse
Next Greenwashing: A Technique to Deceive Environmentalists