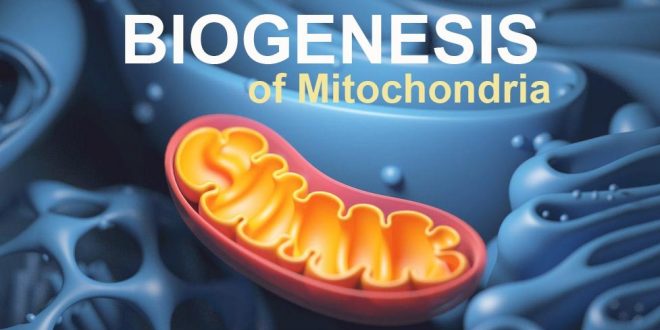 De novo synthesis means the synthesis of complex molecules from simple molecules. According to this hypothesis, mitochondria arises de novo from ancestors in the cytoplasm. Since they can not be synthesized de novo, they always arise from pre-existing mitochondria or parent mitochondria.

This hypothesis proposes that the mitochondria arise from the invaginations of some membranes. For instance, the plasma membrane, endoplasmic reticulum, Golgi apparatus, or the nuclear envelope. Invagination means a cavity or pouch formed by being turned inside out or folded back.

The accumulation of microbodies in the cytoplasm develops mitochondria.

Some people believe that bacteria are the ancestor of mitochondria. It is supported by many pieces of evidence. Like-

Firstly, the localization of enzymes of the respiratory chain. In the case of bacteria, there are enzymes in the plasma membrane. And that can be compared with the inner membrane of the mitochondrion.

Secondly, in some bacteria, plasma membrane forms membranous projections (called mesosomes) like cristae of mitochondria. These mesosomes possess respiratory chain enzymes. The mitochondrial DNA is also circular as it is in bacteria.

Thirdly, the replication process of mitochondria is similar to bacteria.

Moreover, ribosomes in mitochondria are also smaller in size similar to that of bacterial ribosomes.

These pieces of evidence support the prokaryotic origin of mitochondria.

Studying Bachelor of Science at Department of Botany, University of Dhaka. I am a seeker for multi-talents, love to know about new things and also a nature-lover. I love clicking photographs. Graphic designing and digital content making are my newest passions. E-mail: sharmilisuzana@gmail.com. Minimum monthly resolution: Publish (2), Revise (3), Share (5).
Previous গাছ কি আমাদের দেখতে পায়?
Next Mitochondria: The Powerplant for Eukaryotic Cells