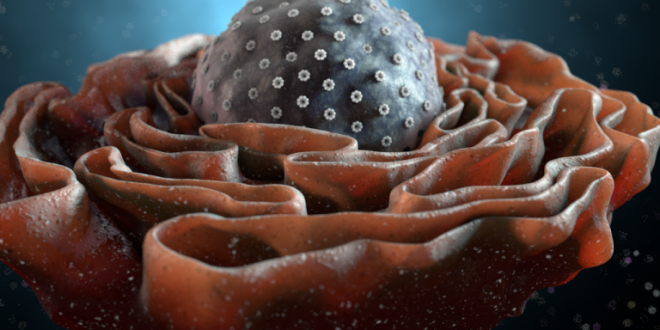 
Discovery of the Endoplasmic Reticulum

In 1945, a lacelike reticulum in cultured chick embryo cells was first observed by Keith Porter, Albert Claude, and Ernest Fullam. They made use of cultured cells because they were thin enough to be penetrated by an electron beam. This was significant since the ultramicrotome had not yet been invented. Just think about their excitement when they saw this beautiful lacelike structure revealed by the electron microscope.

Approximately 100 years earlier, Félix Dujardin had narrated protoplasm viewed with a light microscope as a substance which has “absolutely no trace of any organization, neither fibres, nor membranes, nor any sign of cellular structure.” Albert Claude separated it using the method of differential centrifugation which was initiated by Bensley and Hoerr (1934) following the discovery of the lacelike reticulum. For the first time, morphology and biochemistry could be together. Claude called the membranes as microsomes. Johannes Hanstein actually coined the term microsome to mean the unidentified vesicles noticed in plant cells. Claude used microsome as a noncommittal term asserting only the size. Claude chemically analyzed the microsomes and found that they contained approximately 9 % N, 2.5 % P, 40–45 % lipid, 0.75 % S, 0.01 % Cu, and 0.03 % Fe.

A few years later, the lacelike reticulum seen in the electron microscope was renamed the endoplasmic reticulum by Porter and Thompson (1948). With the arrival of the ultramicrotome and methacrylate embedding procedures, the ER was first observed with high resolution by George Palade and Keith Porter in 1954. With thin sections, it was possible to observe that the ER was composed of membranes that were 5.5 to 6.5 nm thick.

Perhaps it was fortunate that the lacelike reticulum was discovered before the invention of the ultramicrotome because it is possible that the three-dimensional arrangement of the endoplasmic reticulum may not have been found from 20 to 40 nm thick sections (Palade, 1956). In 1956, Palade, in addition to Siekevitz, started a study uniting electron microscopy and biochemistry, a combination that causes the award of the Nobel Prize to Palade (1975). Buvat and Carasso (1957) contributed a lot to the notion that the ER becomes a fundamental part of the protoplasm of eukaryotic cells by showing that it is present in the cells of the plant kingdom side by side those of the animal kingdom.

The architecture of the ER is dynamic; it varies from cell to cell and changes throughout the cell cycle.

The granular or rough form (RER) and the agranular or smooth form (SER). These granules are about 150Å in diameter and have been identified as membrane-bound ribosomes.

Elaborate systems of RER membranes are located predominantly in cells. The RER is “studded” with ribosomes. On the cytoplasmic surface of the endoplasmic reticulum, there are polyribosomes, giving them a granular appearance. The rough endoplasmic reticulum composes of tubules and flattened cisterns. The RER is attached to the nuclear envelope at one end and is continuous with the SER at the other end.

The smooth (agranular) endoplasmic reticulum (SER) is the membranous network inside the cell. These are devoid of ribosome granules. Its cisterns are more tubular and much more likely to seem as a profusion of interconnected channels of variable sizes and shapes. It usually becomes the form of a tightly woven network of branched tubules of various diameters. Cisternae are usually absent.

The transition between granular and agranular ER may be continuous.

Others Function of Endoplasmic Reticulum

ER is composed of a couple of different structural domains, each of which is associated with a specific function or functions.

The mechanisms responsible for ER formation and morphology are opaque. In yeasts, ER tubules, microtubules, and molecular motors are vital. The motors appear to be F‐actin and myosins. ER exit sites (ERES) are significant in protein export. The molecular mechanisms for their biogenesis and maintenance are not completely understood. Considerable research is needed to set up the precise events underlying ER biogenesis.

Ribosome synthesis involves processing of a polycistronic pre‐ribosomal RNA to the mature rRNA of the 40S subunit and the 5.8S/28S rRNA of the 60S subunit. RNA polymerase I drives the synthesis, cleavage, and modification of pre‐RNA in eukaryotes; ribosome assembly requires about 200 essential factors. Chen et al. (2011) point out that the ER network can rearrange in response to developmental signs. This rearrangement comprises continuous fusion and fission reaction. The shaping of the cell tubular end appears to be mediated via way of means of the membrane proteins, reticulons, and atlastin.

currently student of University of Dhaka. I am on my B.S Honours 2nd Year at Department of Botany. I've always been passionate about learning new things about plants and want to know more and more. Plantlet is such an opportunity to expand my horizons while doing something I love. Email: shajneenshoily@gmail.com Minimum Monthly Resolution - Publish (1) , Revise(1) , share (2)
Previous Restriction Enzymes: An Introduction to Biological Knives
Next ATP Synthase: World’s Smallest Motor

Very much fascinated with your works. Such development within such a short period.

Thank you..It wouldn’t be possible without help from plantlet..Keep supporting.

Lots of information about ER in one place. Beneficial indeed.

So much detailed information! Great work.

Thank you so much

Something nice to read. So much informative..