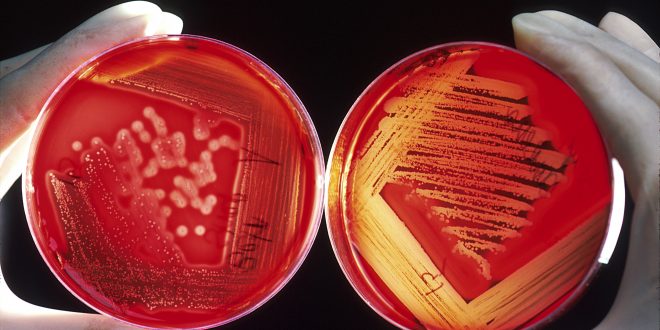 Discovery of Agar: Journey From Japan to Germany via Indonesia

Jayed Ahmed Microbes Comments Off on Discovery of Agar: Journey From Japan to Germany via Indonesia 703 Views

Agar is a jelly like substance can be found in all the microbiology labs as a compound to grow bacteria. It plays a very important role in Microbiology. It helps to made culture mediums to isolate bacteria. It derived from a red algae called Gelidium. It was first discovered by a happy accident in Asia. A forgetful house keeper of Japan left sea weed extract outside in the cold. From then it was used as thickener. It was also used in making many kinds of wobbly deserts.

Agar’s journey from kitchen material to microbiology lab is a great story. Though it was first derived in Japan but the name agar-agar came from a Malay word for Gelidium. People thoughts that it happened because there lies many Dutch Ports in Japan that time and they brought the concept from Japan to Indonesia.

Now, we start a journey to Berlin, the capital of Germany. Here the Lab of Robert Koch is situated. He is considered as the Founder of Modern Bacteriology. His Full Name was Heinrich Hermann Robert Koch. He was a German Physician and Microbiologist.

In late 19th Century Koch gave the Germ Theory of Disease but it was not widely accepted because he couldn’t prove it. Then he started experiments in his laboratory. He started to invent methods for growing bacteria in solid surfaces. He used slices of potato as the solid surface. Then he used petri dish full of required nutrients and gelatin. Julius Petri, the inventor of Petri Dish was also their Lab Member. But they failed because of two reasons. One: Bacteria was able to digest gelatin. Two: It was softened too much at incubation temperature at 37 degree centigrade.

Walther Hesse, a young doctor was also the member of the lab. As a lab member, he also faced the same problem. Then he shared it with his wife Angelina Hesse. She was also a lab member. She provide food for bacteria. Hesse had friends lived in Indonesia. From there she learned Agar. The Angelina suggested Walther to use Agar instead of Gelatin.

This small suggestion solved many problems in the laboratory. Gelatin derived from animal, but Agar is plant derived polysaccharide which have high melting point. Most of the bacteria can’t digest Agar. It also remains solid in temperature required for bacterial growth.

After that Koch and his lab members were able to grow bacteria and proved the “Germ Theory of Disease”. They also can isolate the bacteria which are responsible for Tuberculosis and Cholera. Then, He got Nobel Prize in Physiology and Medicine in 1905.

Previous DNA: The Genetic Material
Next The Origin of the Words ‘Aam’ and ‘Mango’