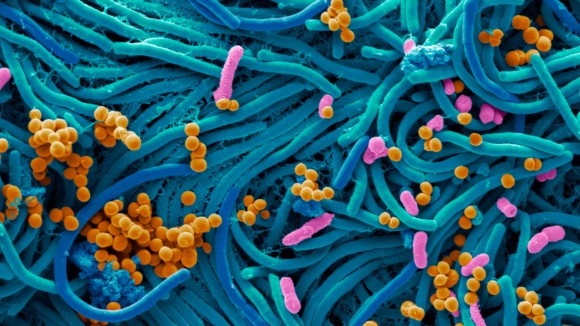 Microbiology is an eminent sub field of biology. This sub-sector is concerned with organisms (that can only be seen through a microscope and cannot be seen with the naked eye), specifically microorganisms, their characteristics, functions, classifications, and methods to exploit and control their activities for human benefit. Microbiology began to flourish at the beginning of the nineteenth century. Microbiology has come a long way in the last 200 years, thanks to pioneers such as Leeuwenhoek, Pasteur, Koch, Jenner, Flemming, and others. Their dedication, hard work, and love for science and humanity established a historic milestone.

Antony van Leeuwenhoek was a scientist and businessman from the Netherlands. He was born in the Dutch city of Delft.

He was the driving force for the discovery of the entire world’s undiscovered and unseen microbe. In the city of Delft, Leeuwenhoek was an active and intelligent public and business figure. He wasn’t a trained scientist, but he was intelligent and self-educated. In his spare time, he used to create lenses. With this, he was able to examine a wide range of things, including saliva, pepper decoction, cork, leaves, circulating blood in the tail of a salamander, seminal fluid, urine, cow dung, and so on. He saw live things that he dubbed “animalcule” in several of the materials he examined. Despite the fact that his proposal was initially denied, he was later elected as a Fellow of the Royal Society. His charming and ground-breaking insights brought the world of microbes within human sight.

Louis Pasteur was a French scientist and microbiologist who was born in the town of Dole.

He was one of the most prominent pioneers in the field of medical microbiology. He invented the fermentation process, pasteurization, the germ hypothesis of disease, and anthrax and rabies vaccines. Pasteur was an uninterested learner as a child, but he grew into an ardent student later in life. His patriotic passion often drove this patriotic scientist to his greatest scientific achievements. The beer, wine, silk, and dairy industries in France were rescued because to Pasteur’s innovation of fermentation and pasteurization. Pasteur stated that certain diseases are caused by germs invading the body in his germ hypothesis of disease. Pasteur vaccinated Joseph Meister, a 9-year-old kid who had been bitten by a rabid dog, on July 6, 1885. Pasteur became famous almost immediately as a result of the vaccine’s astounding success.

Robert Koch was a German physician and microbiologist.

He discovered the germs that cause tuberculosis and cholera, as well as the anthrax disease cycle. For his discovery of tuberculosis, he was awarded the Nobel Prize. Koch was a practicing physician and Wollstein’s provisional health officer. In his official function, he was given the opportunity to research Bacillus anthracis, and he opted to learn more about it in his own time. Koch identified rod-shaped organisms in the blood of anthrax-stricken calves. He gathered the bacteria and cultivated them in ox’s eye aquas humor. He put the germs into healthy mice as they multiplied in a greater form, and discovered that two sets of blood samples contained the same bacteria. Koch’s observations led to the development of Koch’s postulate, which provided guidelines for identifying the causative agent of infectious disease and was quickly adopted as the structured standards for relating a particular organism to a specific disease.

Edward Jenner was a British physician and scientist.

He is well known throughout the world for his innovative contribution to immunization and the eventual eradication of smallpox, also known as small pox vaccination. Smallpox swept through Europe on a regular basis in the early nineteenth century, killing thousands. One day, Edward Jenner learned from a milkmaid named Sarah Nelmes that people who contracted cow pox would get small pox pike disease but would be protected from small pox afterwards. Jenner considered deliberately infecting healthy people with cowpox to see if they could prevent small pox after recovering. Jenner took lesions from Nelme’s cowpox wound and scratched them into 8-year-old Jammes Philips’ arm. He recovered after developing a slight fever. Jenner then administered a smallpox lesion to Philips. The boy only had a minor reaction at the site and no symptoms of small pox. Jenner repeated the experiment on other children. His vaccination therapy worked in every case and eliminated the risk associated with it. In 1798, he published a pamphlet about his work, which sparked a lot of interest. Jenner accomplished so much despite having no prior knowledge of viruses or disease causation.

Alexander Flemming was a Scottish scientist, physician, and bacteriologist.

Penicillin, the world’s first antibiotic, was invented by him. After returning from a vacation, Flemming discovered that some of the culture plates he was experimenting with had become contaminated with mold, and he was about to discard them. Fortunately, he noticed the unusual growth pattern on the plates: a clear area (where bacterial growth had been inhibited) encircled the mold. Flemming was observing the mold that inhibited bacterial growth. Penicillium chrysogenum was the name given to the mold, and penicillin was the name given to the mold’s active inhibitor. After being clinically tested, penicillin’s widespread use began after 1940.

Joseph Lister was an English surgeon and medical scientist from Essex.

This British surgeon and medical scientist was the father of antiseptic medicine and a pioneer in vaccine development. Lister noticed that more than half of his amputation patients died from postoperative infections rather than surgery. Following Pasteur’s germ theory, Lister contended that surgical infections were caused by living organisms in the air. Knowing that carbolic acid was effective for sewage control, he began using carbolic acid spray in surgery and on surgical wounds in 1865. The outcome was spectacular. The wounds did not become infected. His technique would soon not only revolutionize medicine and surgery, but would also pave the way for antisepsis, the use of chemical methods for disinfecting external living surfaces such as the skin.

Other than the mentioned pioneers, Selman A. Waksman, Ignaz Phillip Semmelweis, Francesco Redi etc were notable individuals. The contribution of all these pioneers paved the way of microbial applications for human welfare. Today, because of their endowment we know the world of microorganisms more than before, we know how to fight the disease they cause, we know how to derive utility from some organism we can’t even see without assistance.