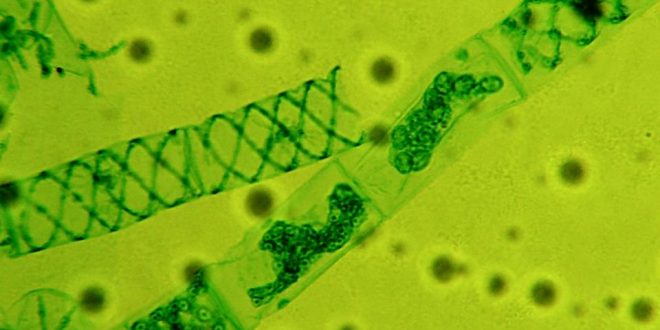 Phycology, generally referred as algology, is the study of algae, a diverse group of mostly aquatic plants that range in size from microscopic forms to shrubs or trees. The word phycology comes from the Greek word phykos, which literally means “seaweed.” They are the major producers in the food chain in most ecosystems, creating organic material from sunlight, carbon dioxide, and water. They not only provide the basic food source for these food chains, but they also provide the oxygen vital for the consumer organisms’ metabolism.

Prokaryotic and eukaryotic cells are the two types of cells found in algae. Cyanobacteria comprise prokaryotic cells that lack membrane-bound organelles (plastids, mitochondria, nuclei, Golgi bodies, and flagella). The other algae are eukaryotic, meaning they have organelles.

Multicellular and unicellular algae exist. They lack roots, stems, or leaves in eukaryotes, but they do have chlorophyll and other pigments for photosynthesis. Unicellular algae are most commonly seen in water, particularly in plankton. Phytoplankton is a free-floating microbial population made up mostly of unicellular algae. An alga’s eukaryotic cell possesses flagella with the “9plus2” microtubule arrangement. In mitosis, a nucleus is present, as well as several chromosomes. Chlorophyll and other pigments are found in chloroplasts, which are composed of membranes called thylakoids. The majority of algae are photoautotrophic, meaning they continue to photosynthesis. Chemoheterotrophic organisms, on the other hand, get their energy from chemical processes and their nourishment from preformed organic matter. The majority of species are saprobes, while some are parasites.

Algae most commonly occur in water, be it freshwater, marine, or brackish. However, they can also be found in almost every other environment on Earth, from the algae growing in the snow of some American mountains to algae living in lichen associations on bare rocks, to unicellular algae in desert soils,

to algae living in hot springs.They are either free floating namely plankton or attached called benthos.

There are four distinct groups within the algae.

Algae conduct almost half of the global photosynthesis that takes place in nature. This information speaks for the necessity and importance of algae in our environment and the ecological systems.

Algae are considered to be of highly economic importance not only for the environment but also for the industrial productions.

Apart from being one of the most helpful organism algae do come with some of the drawbacks too. Such as-

Algae are a potential part of  the plant kingdom. They possesses a great value in terms of ecological development. Also they’re used as raw materials in some industrial production as well, which makes them equally importat from the economic point of view. Though like other microorganisms or living cells they also have some disadvantages but that gets overweighed by the role it plays for the environment and in evolution.

A bioscience enthusiast on her way to explore the diversified alleys of lives. Email: Sha0hrin@gmail.com Minimum monthly resolution: publish(1),Share(1)
Previous Microbiology: Notable Pioneers and Their Contributions
Next Bryophytes: Extensive Habitats and Distributions

Marine Botany is the study of aquatic plants and algae that live in oceans, seas, …

Nicely written. It looks very reader-friendly. I am mentioning some technical issues of the article here. Please, correct them accordingly. While publishing an article, always check how it looks by clicking the preview button. Here, some images are so large that the lines beside them are very short, each only contains 2-3 words (e.g. images of Nori production and structure of green algae). To avoid this problem, drag the image to make it a little bit smaller. Or, you can place the image in the middle so that no text remains in the right or left side of it. In… Read more »