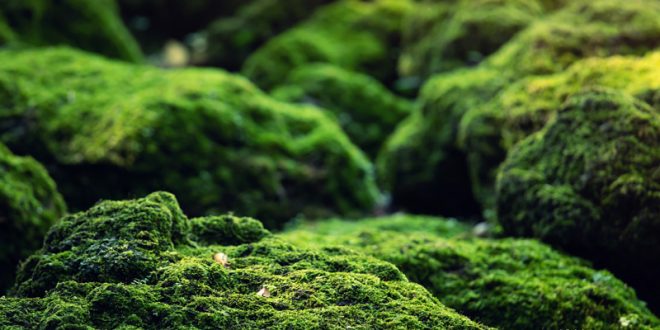 Bryophytes are simple non-flowering, non-vascular land plants that reproduce through spores rather than flower or seeds. Bryophytes are often known as a junction or bridge between lower cryptogams and higher cryptogams. Since bryophytes reproduce via spores, their lightweight spores have been dispersed by the wind all over the world, in every atmosphere, environment, and region. Bryophytes have high tolerance even in extreme conditions like in desserts, tundra, rocky surface, mountain surface etc. For this prominence they are often called Cosmopolitan. Bryophyte’s distinctive qualities and attributes have allowed it to thrive in a variety of environments, including dry, wet, snowy, and in any other hostile environments. Bryophytes continue to flourish in moist, somber environments, where they create thick carpets or mats on damp soils, rocks, and tree bark, especially during the rainy season. Bryophyte’s wide expansion throughout the world has made it well acquainted.

Bryophytes in woodland and soil

Bryophytes, which are components of cryptogrammic crusts, are critical in safeguarding soils in arid places. Lichens, bryophytes, cyanobacteria, green algae, fungus, and the uppermost soil layers generate these crusts by forming intimate associations. Cryptogrammic crusts, which are abundant in arid and semi-arid settings, are the only biological protective layer on the soil surface during droughts. By linking erosion-prone soil particles into more stable soil aggregates, they help to stabilize the soil surface against wind and water erosion. This improves soil infiltration and helps to redistribute runoff across the landscape, which reduces water erosion. Asterella drummondii, Targionia hypohylla, Riccia multifida, Riccia lamellosa, Acaulon and Ephemerum etc bryophytes are inhabitants of of extremely dry or arid or dessert areas.

Watery habitat of mosses are pond, river, lakes, brackish water, freshwater etc. However, there are NO marine species of bryophytes. Aquatic moss cushions slow the flow of water and act as filters for floating particles, gathering a lot of Detritus and Periphyton. Bryophytes are also vital as both egg-laying sites and a protected nursery for young larvae, which can seek refuge during floods and eat the plentiful food supplies accessible to them. Because generalist consumers like geese and crayfish prefer angiosperms to aquatic mosses, which make up the majority of the biomass, aquatic bryophytes are desirable refugia for macro invertebrates. Herbivores are deterred by a variety of chemical substances found in moss tissues. As a result, aquatic bryophytes sustain twice as many plant-associated macro invertebrates as riverweed, and macro invertebrate concentrations in aquatic bryophytes are around ten times higher than on the riverbed. Riccia fluitans, Calliergon, Drepanocladus, Marsupella, Thamnobryum are examples of aquatic bryophytes.

Bryophyte species diversity is potentially high in boreal and nemoral forests, particularly in swamp forest types that have a constant high humidity. Sphagnum and other hydrophytes develop a dense surface layer over the water below. From the surface, this covering provides the appearance of earth. Quacking bogs are the name given to these locations. These bogs are later transformed into swamps. Eventually, these marshes are replaced by mesophytic forest growth. Almost all species of bryophytes can grow in swampy land as this genre of land is favorable for them to survive and grow.

Bryophytes are pioneer colonists who settle in disturbed environments. Even though they have a more or less cosmopolitan distribution and can be found in all climates, they can be considered incompletely suited to land circumstances because practically all of them require water for fertilization. The habitats and distribution of bryophytes are vast. They enable angiosperms and other plants to grow in desolate soils and locations and are seen in territories, no other land plant can be seen.

This is Mashrifa here. I'm a life science fiend who's forever ready to learn and analyze anything concerned with the rhythm of biology.
Previous Phycology: An Introduction to Algae and Its Study
Next Bandarban: Where Heaven of Nature Meets Wild Blue Yonder

The simplest members of the order Marchiantales are found in the family Ricciaceae. There are …

Such a well reaserched and well written content! Got to know so many new things.

Omg everything was so nicely put together, amazing writing looking forward to read more from the author.