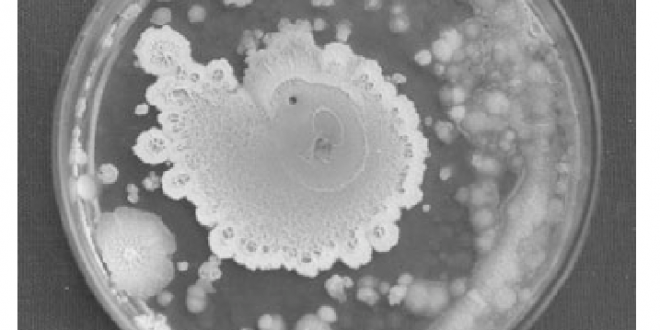 Microbiology is a study that studies a biologically varied group of usually small life forms, primarily bacteria and viruses. More than simply bacterial species were included in the diversity of microorganisms by the end of the classical Golden Age of microbiology. Other fields, in addition to bacteriology and virology, were developing at the turn of the century. This included mycology, the study of fungi; protozoology, the study of the protozoa; and phycology, the study of algae. The majority of microbes assist in maintaining the balance of life in our surroundings. Soil bacteria decompose pollutants and integrate nitrous oxide from the air into organic compounds, recycling chemical elements between soil, water, live creatures, and the atmosphere. Microorganisms also have many commercial applications too.

The Earth microbiome is made up of microbes, particularly those belonging to the Bacteria and Archaea domains. Microbes have a number of beneficial roles in the environment and in our commercial industries. The Earth microbiome’s ecological services, like as nitrogen recycling and pollution remediation, are critical for the survival of life on the planet.

Nitrogen fixation is the conversion of nitrogen gas to ammonia by a few bacterium species, including cyanobacteria.The symbiotic nitrogen-fixing bacteria infiltrate the root hairs of host plants, multiplying and stimulating the creation of root nodules, plant cell enlargements, and bacteria in close proximity. The bacteria in the nodules convert free nitrogen to ammonia, which the host plant uses for growth.

Seeds of legumes (e.g., alfalfa, beans, clovers, peas, soybeans) are frequently inoculated with commercial cultures of appropriate Rhizobium species to ensure sufficient nodule formation and optimum growth, especially in soils lacking in the bacterium. Nitrogen is an important ingredient for plant growth and soil development, yet it is scarce in its most common form, atmospheric nitrogen.Plants, on the other hand, rely on compounded, or fixed, nitrogen sources like ammonia and nitrate. Biological nitrogen fixation is a natural way for plants to get nitrogen. It’s an important part of many aquatic and terrestrial ecosystems all around the world.

Food, like municipal water sources, is growing more likely to be a source of major disease outbreaks as more food products are processed at central facilities and extensively dispersed. Communities have established local authorities whose purpose is to monitor dairies and restaurants in order to reduce the risk of disease outbreaks. They have established guidelines that must be followed by the food-related industry.For the first time in the late nineteenth century, microorganisms employed in food production were produced in pure culture.

Fermentation is commonly used in the industrial manufacturing of microbial compounds. The cultivation of microorganisms or other single cells on a big scale to create a commercially valuable product is known as industrial fermentation.

All antibiotics were produced by microbial metabolism at one point or another. Many are still made by microbial fermentations, and research on finding more productive mutants through nutritional and genetic alterations is ongoing.

Inactivated microorganisms are used to make vaccinations for rabies, polio (the Salk vaccine), some types of influenza, and cholera. A subunit vaccine, which is manufactured from proteins found on the surface of infectious organisms, is another type of vaccine. This is the case with influenza and hepatitis B vaccines.

Microbiology is being used by traditional chemical firms to develop environmentally friendly production methods that reduce toxic waste and associated expenses. Indigo production, for example, necessitates a high pH and creates waste that explodes when exposed to air. Pseudomonas putida, on the other hand, produces an enzyme that transforms indole, a bacterial by-product, to indigo.

Biofuels are energy sources derived from living creatures rather than fossils dating back more than 300 million years. Alcohols and hydrogen from microbial fermentation, as well as oils from algae, are examples of biofuels.

Even when their presence was unknown, microbes have always shown to be extremely beneficial to humans. Many basic food-processing technologies will continue to rely on them. The advancement of recombinant DNA technology has sparked interest in industrial microbiology by allowing for the development of novel goods and applications. Interest in renewable energy sources such as hydrogen and ethanol will grow as fossil energy supplies become increasingly scarce. The utilization of specialized microorganisms to manufacture such items on a large scale will almost certainly become increasingly common. In addition, it will have an impact on our lives and well-being in ways that we can only speculate about.

A bioscience enthusiast on her way to explore the diversified alleys of lives. Email: Sha0hrin@gmail.com Minimum monthly resolution: publish(1),Share(1)
Previous Bryophyta: Classification and Identification of Bryophytes
Next Microbiology: Notable Pioneers and Their Contributions 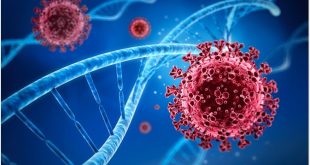