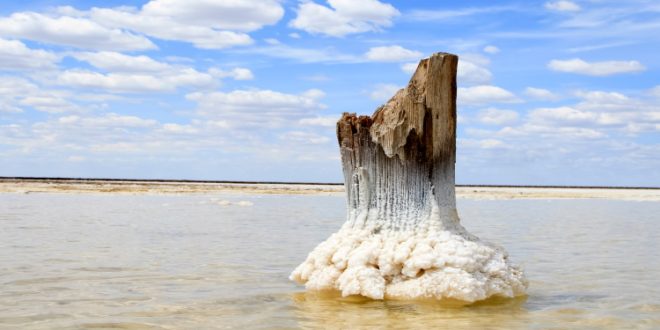 Archaea are single celled organisms without a nucleus and with distinct structural, physiological and evolutionary characteristics. They inhabit a huge variety of habitats, including extreme environments. Archaea form one of the three domains of life; the others are bacteria and eukaryotes.

The archaea are clearly recognizable as a unique and interesting group of organisms for many significant  reasons. They have different molecular properties that clearly distinguish them from bacteria and eucarya, and evolutionary studies highlight the fundamental role archaea have played in shaping all of life on earth. The combined effects of its evolutionary role and its ability to thrive in environmental extremes have broadened the horizons of the astrobiology community in search of extraterrestrial life.

These microorganisms do not have a nucleus and are therefore prokaryotic. Archaea were originally classified as bacteria and were given the name archaebacteria, but that term was no longer used.

Well-known evolutionary biologist and geologist Stephen J. Gould said that the earliest fossil could possibly have species of archaea.

Many microbiologists believe that the ancestors of today’s species could represent a type of organism that first inhabited planet Earth when it was a young and warm place.

Archaeal classification is based on their phylogenetic relationship. The major types of Archaea are-

Crenarchaeotes are characterized as thermophilic where some of them are acidophilic. Basically they occurs in acidic thermal spring and submarine hydrothermal vents. Their temperature for growth might exceed 100 °C. Question may arise here why they don’t boil in such a high temperature? The answer is hydrostatic pressure.

Several non-thermophilic crenarchaeota related to hyperthermophilic species inhabit aquatic and terrestrial environments. Many hyperthermophiles are chemilithotrophic autotrophs and since no phototroph can survive such temperatures, these organisms are the main sloe producers in these habitats.

They are phylogenetically very diverse including physiologically quite distinct groups like the strictly anaerobic methanogens, extreme halophiles i.e. halobacteria and extreme acidophiles like thermoplasmatales.

Euryarchaeotes can survive in extreme alkaline condition and are mainly methanogen. They might also be extreme halophiles and hyperthermophiles.

An organism is considered an extreme halophile; if it needs at least 1.5 M (9%) NaCl to grow. Most extreme halophilic species require 24 M NaCl (12.23%) for optimal growth.

Korarchaeotes are believed to be the oldest surviving organisms on earth. Their genome seems to be a hybrid of crenarchaeal and euryarchaeal genes and it is a paradox if this is the result of horizontal gene transfer or evidence of a common ancestor. They are completely obligate anaerobes and and grow heterotrophically using peptide and amino acid degradation pathways.

Formerly they were considered as Crenarchaeota. They have been estimated to represent nearly 20% of prokaryotic cells in the water column.

The strain was proposed in 2008 based on phylogenetic data. Most of the so far identified organisms of this line are chemolytoautotrophic.They are the dominant archaea in most soil systems where they constitute up to 5% of total prokaryotes.

They can play an important role in biogeochemical cycles such as the nitrogen cycle and the carbon cycle.

They are the symbiotic group of  archaea that engage in close interspecies associations with different  archaeal hosts.

They are very small in size and depends upon other organisms for living. Cells of Nanoarchaeotes are small coccoids that might live as parasites, or possibly as symbionts, of the crenarchaeota ignicoccus.

Archaea plays vital role in many cases including our body itself.

Archaea, specially extermophilic archaea, are a great source of enzymes that work under these harsh conditions. These enzymes have been found in various applications. For example, thermostable DNA polymerase such as Pyrococcusfuriosus pfu DNA polymerase enabled the polymerase chain reaction to be used in research as a simple and fast technique for cloning DNA. It’s a revolutionary incident in molecular biology.

Untill This discovery, it was assumed that the first step of the nitrogen cycle is carried out by bacterial autotrophs. But Recent studies suggest that the Archaea provide the major routes for ammonia oxidation in the environment. The members of the Phylum thaumarchaeota are ammonia-oxidizing arcaea (AOA), means superficially the thaumarchaeotes oxidize amonia.

Methanogens play an important role in decomposition of complex organic materials. A major amount of methane gas is produced by this process.We all know about the uses of methane gas. It is a part and parcel of our daily life as it is used for various purposes including cooking and lightening. So, this essential gas is carried out by archaea.

Bioleachng is  performed by archaea along with the bacteria. Bioleaching means the extraction of metals from their ore of several applications in biohydrometallurgy. Previously it was believed that bioleaching is mostly occured by bacteria but recent studies proved that thermophilic archaea play an important role in bioleaching.

The archaeal study confirmed that archaea will exhibit a phenotypic diversity at least comparable to that of bacteria, and that archaea will be characterized by unique properties at the molecular level. They play a special role in bioremediation and are present in the human host. Given the extreme climatic nature of many archaea, the gradual survival strategies of these microorganisms appear considerable.