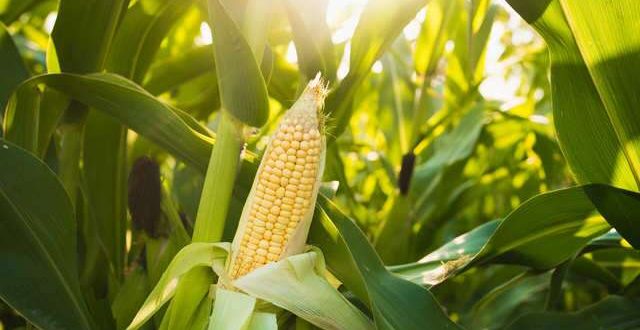 Cytoplasmic Male Sterility (CMS) refers to the inability of a plant to produce viable pollens due to cytoplasm based extranuclear genetic condition under control of the mitochondrial or plastid genomes. In general, there are two types of cytoplasm: N (normal) and aberrant S (sterile) cytoplasms. These types exhibit reciprocal differences.

In the system, there are A and B line.

The male sterile line is known as A line that is used to maintain male sterile line while the male fertile is B line. The A line is maintained by crossing it with B line (pollinator strain used as recurrent parent in the backcross program), as its nuclear genotype is identical with that of the A line.

Most types of CMS are caused by the expression of aberrant chimeric genes locating in mitochondrial genomes.

Chimeric genes, literally a mutated gene, form through the combination of portions of two or more coding sequences to produce new genes which merge whole gene sequences into a single reading frame and often retain their original functions.

Cytoplasmic male sterility occurs in many plant species and is often associated with chimeric mitochondrial open reading frames. In a number of cases, transcripts originating from these altered open reading frames are translated into unique proteins that appear to interfere with pollen development.

A number of CMS-determining genes  have been identified. These include the T-urf13 gene in T-cytoplasm Maize, Pcf in Petunia, orf138 and orf224 in Brassica, and orf79 and orfH79 in Rice. These genes are unusual open reading frames (ORFs) that have resulted from mitochondrial DNA rearrangements.

Application of CMS in plant breeding 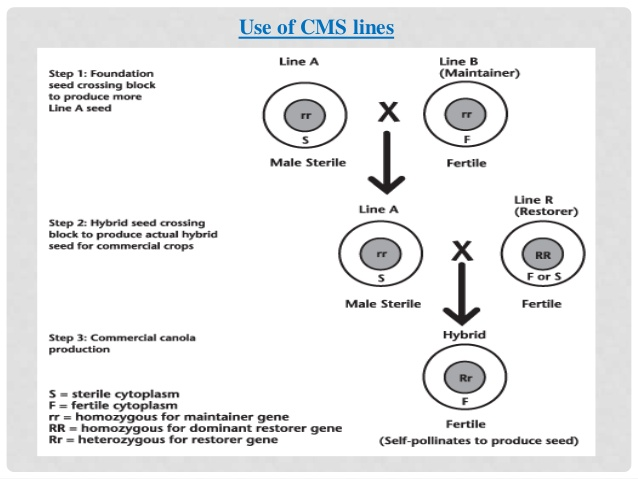 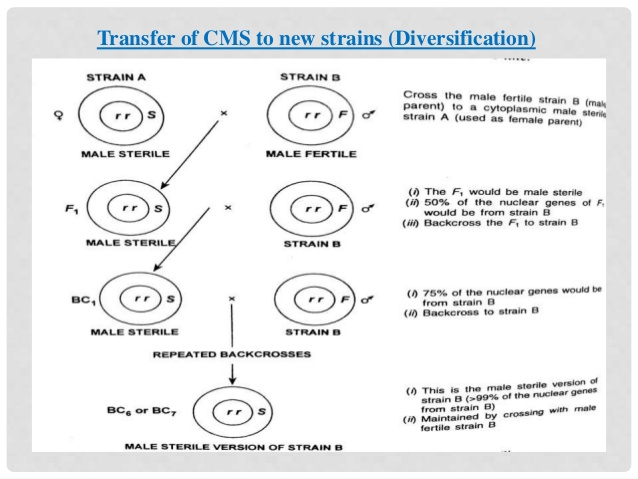 or understand this schematic diagram.

This is an official account of this website. This ID holds articles from two categories. 1. Articles from our non-authors. 2. Articles of the authors whose IDs were deleted.
Previous Induction, Repression & The Operon Models
Next Cytpoplasmic Genetic Male Sterility