The family contains about 200 genera and 3200 species. They are mostly cosmopolitan, the chief centre of distribution being the Mediterranean region. 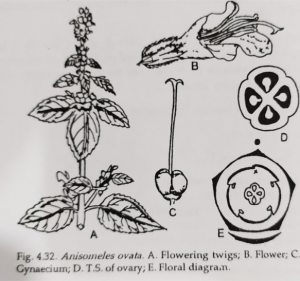 Carpels 2, medianly placed, united, ovary usually 2 locular as apparently 4-locular by an inward projection of the ovarian wall, with one ovule in each chamber on axile placentae, style single gynobasic stigma 2 lobed.