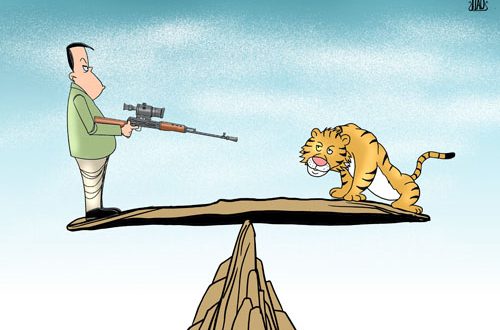 The term ‘ecosystem’ was first used by A. G. Tansley in 1935. Tansley defined ecosystem as ‘a particular category of physical systems, consisting of organisms and inorganic components in a relatively stable equilibrium, open and of various sizes and kinds‘.

Stability is commonly defined as a state in which change does not occur.

In ecology, ecosystem stability is defined as the ability of an ecosystem to maintain its structure (e.g. landscape, species diversity, etc.) and function (e.g. nutrient and water cycling, biomass production, etc.) over long period of time despite disturbances.

Following are the factors that influence ecosystem
stability:

A. Population growth and reduction factors

B. Species diversity and ecosystem stability

D. Movement of nutrient and energy

Time to time, humans have introduced foreign species into new regions only to tackle serious problems caused by excessive growth of the introduced species.

12 pairs of European rabbits were introduced to Australia in 1839. Eat grasses for sheep. Number of rabbits in 1933 became 1 billion.

Water hyacinth was introduced in 1884 in Florida. 10 plants multiplied into 60,000 in 8 months. They clogged waterways and cost 11 million USD to clear it.

b) Eliminating or introducing predators

Humans have tendency to eliminate predators such as bear, eagles and wolves from their
habitat. Occasionally predators are introduced into the area (mosquito fish).

In 1900, wolves, coyotes, mountain lions were eliminated from Kaibab plateau, North of Grand Canyon. Number of deer increased from 4000 to 100,000. eat grasses and vegetation. Next year died.

Humans have unknowingly introduced pathogen into new environment where there were no controls. They reproduce at a high rate and cause serious damage.

b) Depleting resources: Human pollutions may deplete or destroy resources used by other species.

Currently in 4th year (Hons) in the Department of Botany, University of Dhaka. Planned to have multiple careers one by one but promised to be with 'Plantlet' as long as it's primary stage remains unfinished. Email: abulaisshomrat@gmail.com. Minimum monthly resolution - Publish (1), Revise (3), Share (5)
Previous Internal Structure of Wood
Next Preservation of Cultures