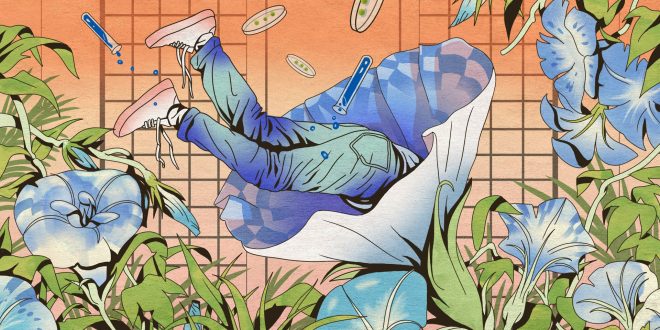 Modern embryology seems to comprise three main disciplines. The first, or descriptive embryology, is a study of the various developmental processes that take place in a plant from the initiation of the sex organs to the maturation of the embryo. The second, or phylogenetic embryology, attempts to evaluate these data in determining the interrelationships of the different orders and families with a view to improving the existing schemes of classification. The third, or experimental embryology, is concerned with an imitation and a modification of the course of nature, with a view to understanding the physics and chemistry of the various processes underlying the development and differentiation of the embryo, so as to bring them under human control to the furthest extent possible.

In attempting to summarize the present position of the subject of experimental embryology, it seems convenient to discuss it under the following topics:

Ever since the rediscovery of Mendel’s laws in 1900, breeders have been increasingly active in crossing different varieties, species, and genera with a view to producing newer and more useful types. However, their attempts are often thwarted by one or more of the following difficulties:

1. Disharmony in the time of flowering

It is largely a physiological problem. A disharmony in the time of flowering of the two parents can be partially overcome by altering the environmental conditions, chiefly temperature and photoperiod. More effective, however, is the storage of pollen from one season to another, for this has the advantage of enabling the breeder to cross two varieties which are separated from each other not only in time but also in space. With modern air transport, pollen may be sent from one part of the world to another in a very short time.

Air-dry pollen of Coffea stored in the ordinary way loses its germination power within a week, but when kept in a desiccator it retains that power for more than a month (Ferwerda, 1937).

Pfeiffer (1944), who made similar experiments with Cinchona, found that 5 to 19 per cent of the pollen retained its viability even after a year’s storage in darkness at a temperature of 10°C. and a humidity of 35 to 50 per cent.

The data given above indicate that the most important factor in pollen storage is temperature and the next is relative humidity. We know very little about the effect of light; but strong light is undoubtedly harmful, and diffused light or even complete darkness seems to be more conducive to successful storage.

2. Failure of pollen to germinate on stigma

Equal in importance to the viability of pollen is the receptivity of the stigma, but this is less amenable to control.

In many plants the stigma is receptive for only a short period, and if the pollen is not transferred to it at the right time, it fails to germinate, or the germination is so slow that the flower withers and falls off before the pollen tubes can reach the ovules.

Attempts to prolong the receptivity of the stigma have usually been unsuccessful, or they are associated with secondary effects which make it difficult to derive much benefit from such prolongation. For instance, although a lowering of the temperature can lengthen the blooming period and also extend the period of receptivity of the stigma to a certain extent, it has an adverse effect on the rate of growth of the pollen tube, so that the net result is the same and fertilization still fails to take place.

However, the main difficulty is not so much in the initial germination of the pollen as in the subsequent growth of the pollen tube in a foreign style. This may be clue either to the fact that

When the failure of a cross is due to such causes, one obvious remedy is to try the reciprocal cross, but frequently even this is unsuccessful.

An alternative method is to amputate the style and reduce it to a suitable length. In a cross between Zea and Tripsacum, Manglesdorf and Reeves (1931) shortened the style of the former to a length suitable for the pollen tubes of Tripsacum and thereby obtained intergeneric hybrids.

However, since the cut end of the style is not always as suitable for pollen germination as the stigma, sometimes it is desirable to use a different method in which the middle portion of the style is removed and the upper and lower portions are then joined together and held in place (Buchholz, Doak, and Blakeslee, 1932).

Yet another method of overcoming the difficulty caused by an extremely slow growth of the pollen tube would be a direct introduction of the pollen grains into the ovary. Example: Codonopsis ovata, Paeonia.

In addition to these mechanical devices for bringing the pollen grains or pollen tubes in close proximity to the ovules, it seems possible that the same result may sometimes be achieved by the application of suitable chemical substances to either pollen grains or stigmas. From experiments in vitro, P. F. Smith (1942) has shown that 3-indoleacetic acid and 3-indolebutyric acid, in concentrations of one in a million, appreciably stimulate the germination of the pollen as well as the rate of elongation of the pollen tubes. More recently, Addicott (1943) has reported that several substances including vitamins, plant hormones, pyridines, and purines are able to bring about similar effects.

In normal fertilization the sperm imparts not only the activating stimulus but also a set of genes embodying the contribution of the male parent toward the make-up of the new individual. The prime interest in induced parthenogenesis lies in the fact that if the stimulus can be provided without the usually accompanying paternal genes, it would greatly facilitate the task of the geneticist in producing a homozygous true-breeding type, which otherwise requires a long and laborious process of self fertilization (East, 1930).

Ever since the initial discovery of a Datura haploid (Blakeslee etal., 1922) a variety of physical and chemical treatments have been tried to achieve this result. The chief of these are

Muntzing (1937) obtained a haploid plant of Secale cereale by exposing the spikes to low temperatures (0.3°C.), 9 while Nordengkiold (1939) achieved the same result by exposing them to high teuperatures (41 to 42°C.).

Kihara and Katayama (1932) obtained three haploids of Triticum monococcum from spikes which had been exposed to X-rays at the time of meiosis.

Kihara (1940) found that in Triticum monococcum the frequency of haploids could also be made to increase by merely delaying the time of pollination.

Yasuda (1940) injected aqueous solutions of Belvitan into the ovaries of Petunia violacea.

In conclusion, it might therefore be confessed that so far we have not succeeded in finding a suitable method for inducing parthenogenesis in higher plants.

Since embryos arising asexually from the cells of the nucellus or the integument carry the full chromosome complement of the maternal parent, they are genetically identical with the latter. This phenomenon is of great importance in some of our cultivated plants, especially fruit trees such as Citrus, Mangifera.

Haberlandt (1921, 1922) made the observation that in natural adventive embryony the proliferation of the embryo-initiating cells is invariably preceded by a degeneration of some of the adjoining cells. He was led by this to put forward the so-called “necrohormone theory,” according to which the stimulus for cell division and proliferation is supplied by certain substances liberated from the adjacent degenerating cells.

Proceeding on this basis, he tried to produce adventive embryos in Oenothera by pricking the ovules with a fine needle or by gently squeezing the ovary so as to damage the cells slightly. In one ovule he obtained two embryos, which he considers to be of nucellar origin.

Some of the world’s most important fruits are seedless or have only abortive seeds. As examples may be mentioned varieties of banana, cucumber, orange, pineapple, grape, grapefruit, persimmon, and breadfruit. A good many of these varieties are believed to have arisen by gene mutation, and some have been obtained by hybridization.

Yasuda arrived at the following conclusions:

Pollen tubes secrete or carry some chemical substance which diffuses into the tissues of the ovary and thereby induces fruit formation;

If the pollen tubes are allowed to grow only up to the base of the style, so as to permit chemical diffusion but not fertilization, the resulting fruits are devoid of seeds; and

Seedless fruits can also be obtained by pollinating the stigmas with immature, over-mature, or incompatible pollen, or by using extracts of pollen.

The following problems need further study in this connection:

Source: An Introduction to Embryology of Angiosperm by P. Maheshwari.

Currently in 4th year (Hons) in the Department of Botany, University of Dhaka. Planned to have multiple careers one by one but promised to be with 'Plantlet' as long as it's primary stage remains unfinished. Email: abulaisshomrat@gmail.com. Minimum monthly resolution - Publish (1), Revise (3), Share (5)
Previous Polyembryony: Multiple Embryos in a Seed
Next Identification Of Ascomycetes: The Sac Fungi