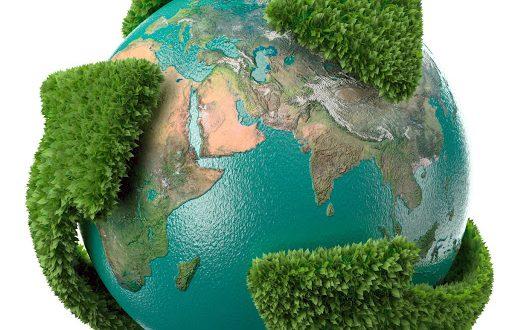 Future of Earth: Desert or Explosion of “Global Greening”?

In an ancient lake bed in the Southern Hemisphere, scientists studying fossil leaves found out the mechanism of the plants living during the Miocene Epoch. The world used to have an elevated level of carbon dioxide in the atmosphere. With an increased rate of carbon dioxide in the air, it gives hope that instead of seeing our beloved earth turning into a barren field the world may see a “Global Greening” effect. Although there may still be other devastating global warming effects such as rising sea levels, more severe weather, and other consequences of climate change.

Finding the leaves of the Miocene epoch

The ancient lake bed is situated at Foulden Maar, an extinct volcanic crater near the city of Dunedin on New Zealand’s south island. The crater formed during the early Miocene about 23 million years ago and hosted a lake that slowly filled in and preserved the remains of the subtropical rainforest growing there. The leaves of the Miocene trees were mummified in the lake being layered between the hard remains of silica-rich algae. 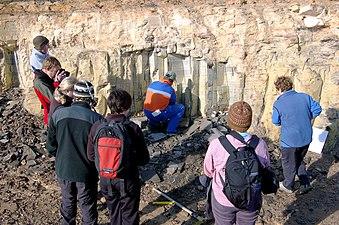 Previous research has revealed that though elevated carbon dioxide levels led to warmer temperatures during the Miocene, certain plants were able to use water more efficiently under the conditions of high CO2 levels and temperature. But this study is the first one to provide results bearing empirical evidence of a carbon dioxide fertilization effect in the fossil record. The CO2 fertilization effect is the increased rate of photosynthesis in plants that results from an increased level of CO2 in the atmosphere.

What can we learn from these mummified leaves?

Being mummified served as a great opportunity for the scientists to make anatomical and chemical measurements on the leaves. They could easily get a clear vision of the climatic and atmospheric conditions at the time when the forest was growing. The fossil leaves are from a time where the global temperature was on average about 5-6 degrees Celsius. Higher than today and was almost 8 degrees Celsius warmer in southern New Zealand. Back then the amount of carbon dioxide in the air was between 450 & 550 parts per million. The current atmospheric carbon dioxide concentration is 411 parts per million and by 2040 it may reach about up to 550 parts per million. Hopefully by that time plant species may begin to behave in the same way the ancient did in Foulden Maar. 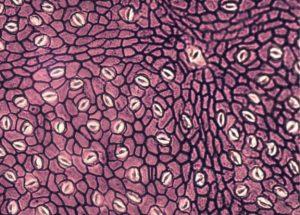 The mouth-shaped stomata of fossil leaf, through which it took in carbon dioxide and released water. Source: BBC

Researchers found that the Miocene trees were unusually efficient at sucking in carbon through stomata. Without leaking much water through the same route they could absorb an efficient amount of CO2. Therefore, these findings can provide researchers with a model for what changes in plant function might need to look like for some species in the future. We know, when the CO2 level rises, many plant species increase their rate of photosynthesis. Because rising CO2 level enables them to remove carbon from the air more efficiently and conserve water while doing so. But even these species probably going to stop photosynthesizing at a CO2 level like the Miocene epoch. 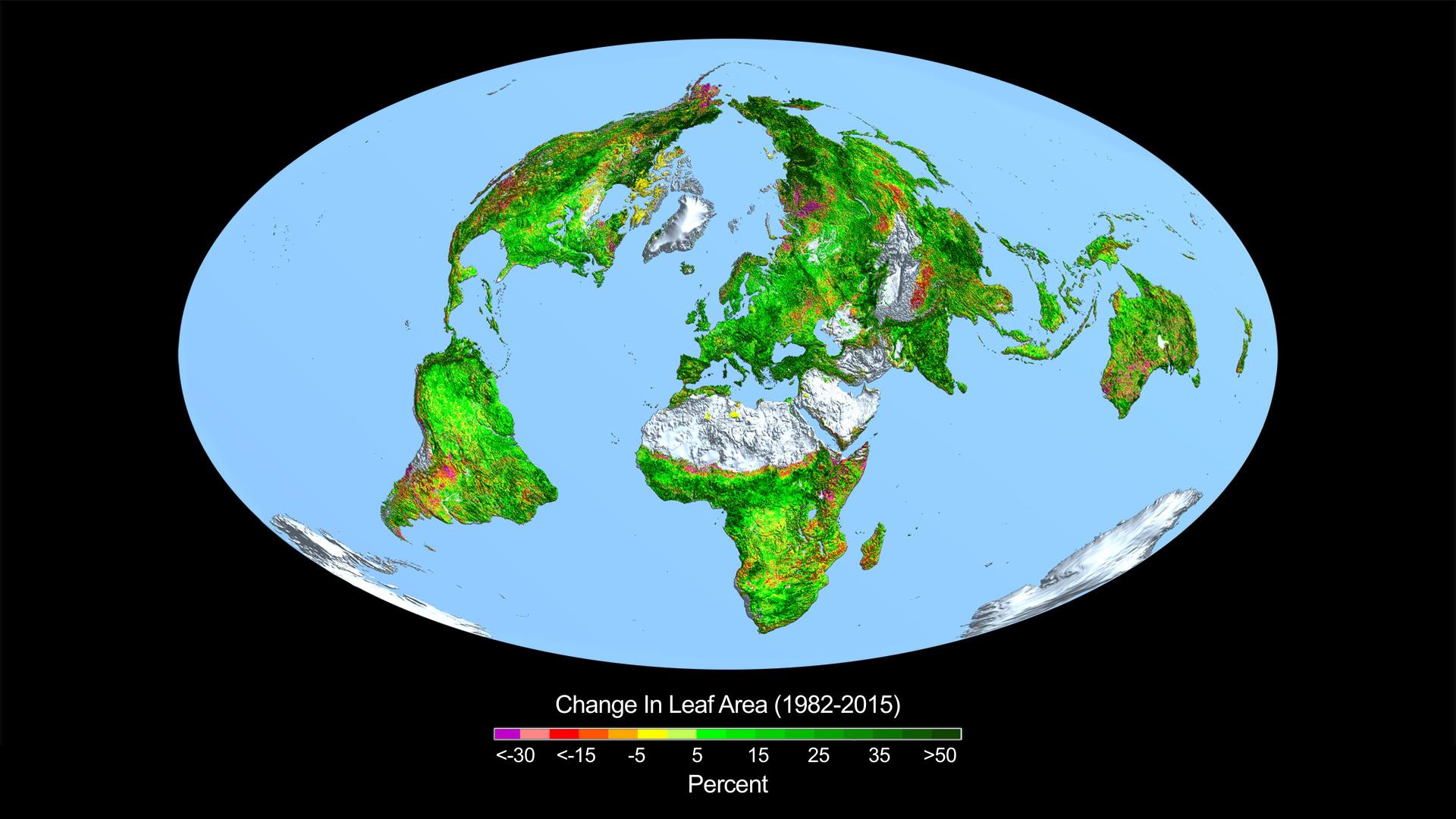 A study by NASA showing the carbon dioxide fertilization effect from 1982-2015. Source: NASA

What do the studies of NASA tell us?

Data from NASA satellites show a “Global Greening” effect. This effect is occurring mainly due to rising levels of CO2 released by human activities over recent decades. According to the data, a quarter or a half of the planet’s vegetated lands have seen increases in leaf volume. Both on trees and plants these effects have occurred since 1980. The study says that this “Global Greening” effect may continue with the rising CO2 level.

Given enough time for adaptation, this may lead to an expansion of the earth’s forests. Although the current speed of change makes it difficult for plants to adapt. Only time will say if the life of earth will win or lose at the end.

The “Global Greening” effect may happen at a great expanse. Instead of turning into a desert, the world might turn into a much greener version. But, other effects of global warming may still be haunting the earth. Such as rising sea levels, melting glaciers, severe weather, flood, and increasing rates of other natural calamities.

I'm a student of department of botany at University of Dhaka. I'm learning a lot of new interesting things about different spheres of botany and I'll keep updating about them to keep your knowledge of nature enriched. Email: tarannum28@gmail.com Minimum monthly resolution: Publish(3), Revise(2), Share(5)
Previous Taxonomy : Polymerase Chain Reaction
Next Author’s citation