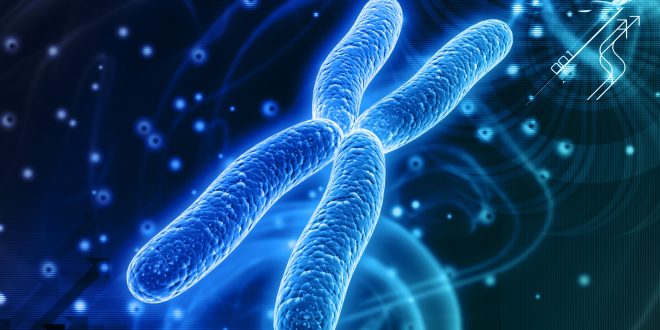 Let’s kick off this discussion with a simple calculation about the length of DNA in a single diploid human cell. We know according to Watson and Crick model of double helix DNA, each two base pairs has a distance of 3.4 A. There are approximately 6.4 billion base pairs (bp) in a human cell. So, the total length of a DNA (if all the DNA of 23 pairs are assumed to be joined end to end) molecule is about 2.2 meter.

So a typical human cell contains about 2.2 m of DNA. Now the problem arises when we think about placing this large DNA strand in a very microscopic nucleus of about 10 micrometer in diameter. To solve this problem, it is obvious that the DNA molecule needs to be folded many times inside the nucleus. And this thing actually does happen.

To support the DNA’s wrapping and packaging inside the nucleus, many protein molecules assist which are mainly histone proteins. Experimentally it was seen that the ratio of DNA and histone proteins in the chromosome is 1:1.

Many theories have been proposed regarding the packaging nature of the DNA and histone proteins together. One of them is  Nucleosome model which is studied below.

What is a nucleosome? 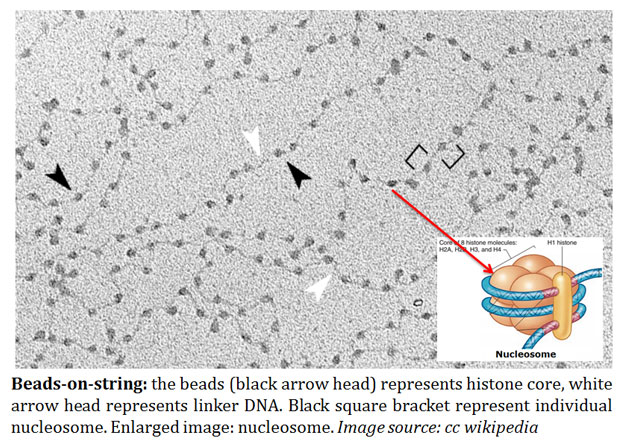 Currently in 4th year (Hons) in the Department of Botany, University of Dhaka. Planned to have multiple careers one by one but promised to be with 'Plantlet' as long as it's primary stage remains unfinished. Email: abulaisshomrat@gmail.com. Minimum monthly resolution - Publish (1), Revise (3), Share (5)
Previous The Megasporangium: Types, Parts and Functions
Next Solenoid Model: The Second Level of Packing