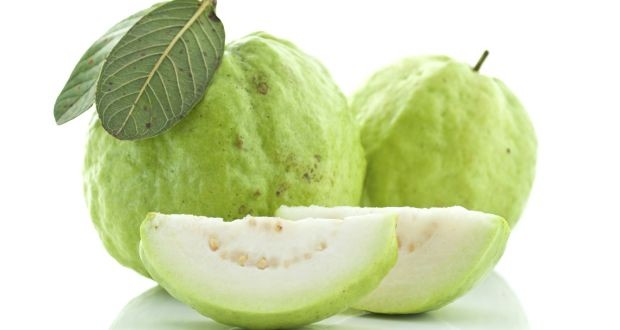 Thai guavas are generally the size of a softball with apple green skin that can range from bumpy to smooth. The flesh is white with pale yellow seeds and tends to be drier than the pink type of guavas.

Since 2000, Bangladeshi farmers started growing them and there are few varieties now. A silent revolution has happened due to it’s gradually rising demands and lucrative market price everywhere in Rajshahi region at present. Many farmers have cultivated varieties of Thai guava and achieved extraordinary success. Guava cultivation has made them self sufficient. According to a BSS report , many people have changed their fate by farming and trading guava in particular Thai variety in the region including it’s vast Barind tract with expending it’s farming every year. The prospect of Thai guava cultivation is bright in some other districts of the country .

Organic method is the secret under successful guava farming. Since 2010 the Rajshahi region has seen a revolution in guava farming. Many farmers and unemployed people are now cultivating this variety because of it’s prospects and suitable land conditions. According to Dev Dulal Dhaka, Deputy Director of DAE (Department of Agriculture Extension), “Guava is supposed to be the main cash crop in near future in this region and the crop is being cultivated on more than 4,500 hectares or land in the region of Rajshahi, Naogaon, Natore and Chapainawabganj districts where there are 1500 orchards of Thai guava at present”.

Thai guava inhance farm income in Natore. Since 2011, Natore has seen a revolution in guava farming.Every year the farming is expanding to new areas of Bangladesh.The vast reddish and high lands of Narsingdi are favourable for Thai guava farming.

The most important factor in growing this guava is to cover the entire guava with polythene which protects the guavas from pests, diseases, birds and make them intact.

The demand of Thai guava is increasing day by day and a silent revolution has already happened in Bangladesh by its cultivation.