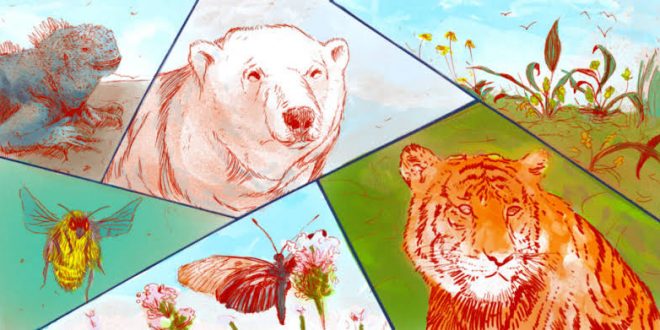 There are three main components/types of biodiversity:
(1) genetic.
(2)organismal/taxonomic.
(3) ecological.


Gene:
– An element of the germplasm having a specific function in inheritance.
– Determined by specific sequence of purine and pyrimidine bases in DNA or sometimes in RNA.
– Serves to control transmission of hereditary character by specifying structure of particular protein or by controlling function of other genetic material.

Methods:
• Protein electrophoresis: Widely used since the 1960s. This technique analyses the-different proteins which in turn reflect the different alleles in an individual.
• Restriction site mapping: A recent advance relying on very specific bacterial enzymes that restrict viral damage to DNA by cutting out damage at specific points. Analysis of these cut points, called restriction sites, allows very precise analysis of gene sequences.
• DNA and RNA sequencing: Another new approach allowing analysis of all DNA. A
frequent alternative is ribonucleic acid (RNA) found in ribosomes (RRNA). Ribosomes are
cell organelles that read genetic data and manufacture proteins based on these instructions. 16s rRNA (the name refers to the number of subunits in the RNA and that it is ribosomal) has been particularly important.

Measures:
– Percent polymorphic loci, P A locus is the position of a gene on the genome. A gene
where the frequency of the most common allele is <95 per cent of the total is regarded as polymorphic.
– Number of alleles, N This measures not only if a gene is polymorphic but also the number of alleles per gene.
• Heterozygocity, H Frequency of alleles. How inany there are and the frequency of each.
e.g. there may be three alleles. one occurring 85 per cent of the time. a second 10 per cent.
a third 5 per cent.
• Nuniber of segregating sites, S Restricion site positions can vary in a gene. This detail
can be added to the first three items.
– Allele tree: An attempt to construct evolutionary relationships. providing a sense of relatedness and uniqueness. In much the same way as a rare species can be picked out from among its more common kin, allele trees try to pick out the genetically unusual.

Classifications of life through European history

Greek Aristotle, in Historia Animalium, 486 BC. classified animals by clearly stated criteria for grouping animals together; (1) ‘With regard to animals there are those which have all their parts identical… specifically identical in form’ ; (2) ‘When other parts are the same but differ from one another by more or less, then they belong to animals of the same genos. By genos I mean for example bird or fish’ ; (3) ‘There also exist animals whose parts are neither the same by form but by analogy’.

Linnaeus The famed Swedish biologist tried a global classification of animals using multiple criteria. Life forms must be distinguished by external criteria. e.g. skin, locomotion. Each life form should have roughly equal roles in the economy of nature. Within each life form criteria used for subgroups should be essential for finding or processing food, e.g. teeth for mammals. beak for birds. Linneaus’ work resulted in classifications of plants based primarily on reproduction mechanisms and of animals based on feeding.

Cuvier Through the late eighteenth and early nineteenth century Cuvier pioneered comparative anatomy, especially the internal resemblance of animals, as a means of classification. Cuvier saw some characteristics as fundamentally more definitive than others, notably the nervous systems, though practicalities favoured use of bones. Cuvier broke the vision of animal life as a ladder of progression, splitting animals into four lineages (vertebrates, molluscs, articulates. e.g. insects and radiates) based on form and function. This split is still echoed in current classification of animal lineages.

16R rRNA By 1990 analyses of DNA and RNA. particularly work on 16s rRNA sequences suggested a fundamental revision of the five kingdoms. Shared and different 16s rRNA sequences suggested life divided into two main branches, the Bacteria on one hand and a second branch itself split between the Archaea (previously thought of as close allies of the Bacteria) and the Eucarya (everything else).

?Wetland – all areas of water within continental boundary including areas of marine water, depth of which at low tide does not exceed 6 m.

– On a global scale there are 9 types of main wetlands:

(2) Fens – pH neutral or acidic, peat-building but with nutrients and hydrology influenced by surroundings.

(4) Marsh – near seas, inundation occurs, little or no peat, herbaceous.

(6) shallow lakes – open water up to a few m deelake

?Diversity in domesticated plants & animals, used not only for human food & commerce but also for religious, cultural & ritual purposes.

?Quantifying the variety and species richness on Earth is central to studies of biodiversity.

?Many approaches have been used to estimate the actual total of species. Most involve using some data from a taxon, region or ecosystem & scaling up patterns to global proportions; some are:

1. Time series – by using rates of new species being added & then extrapolating the species.

2. Expert opinion – specialist with knowledge particular taxa can be asked.

In 1982 entomologist Terry Erwin published a famed minimum estimate of species numbers, an astonishing 30 million. Erwin’s estimate was based on a study of the insect fauna found on Luehea seemannii, a canopy tree, in Panama. He used insecticide fog sprayed into the tree to knock down insects. He caught some 1.200 species of beetle, of which 162 were specific to the L seemannii tree. He then used a series of assumptions to reach a global estimate of tropical forest insect species richness. First, that there are 50,000 tropical forest tree species and that each would hartour 162 specialist beetle species. i.e. 8000000 beetles. Next, that canopy beetles represented 40 per cent of canopy arthropods so total canopy arthropods = 20000000 Finally, that there were twice as many canopy species as ground species, so add another 1000000 to reach the final 30000000 Erwin’s assumptions are rightfully open to criticism but the very magnitude of the estimate was enough to prompt resurgent interest in the inventory of life on Earth.

?Biodiversity is not evenly distributed, certain ecosystem show striking concentration of species; identification of those places are necessary to understand the underlying causes that drive diversification.

?18 global hot spots identified by endemicity of many taxa have been identhotspot

?Island wildlife has proven susceptible to extinction, because of several factors— 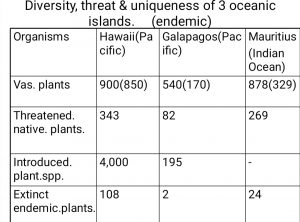 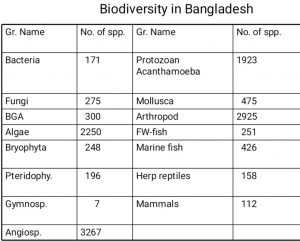 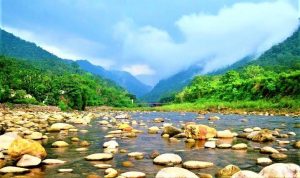 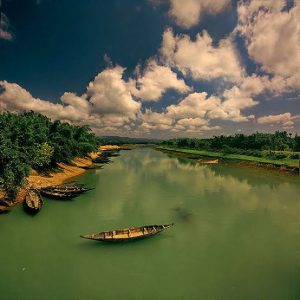 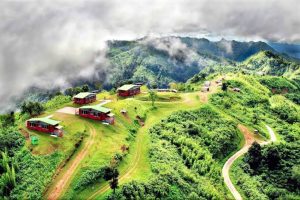 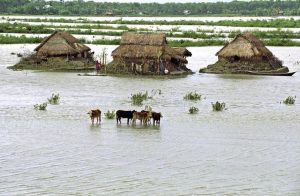 The tiny one with not so tiny dreams..
Previous Soil Horizons Development & Soil Profile
Next Meristematic Classification & Theory