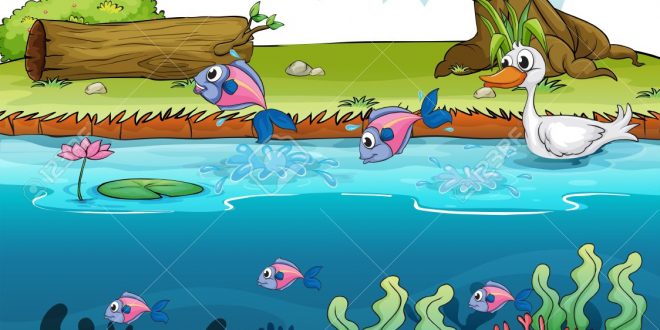 May be we all know that we are the part of a ecosystem. The term ecosystem may be short but it’s expanse is very wide from desert to polar region, pond to ocean, grassland to forest. All sorts of organisms do interact and mixes up in a ecosystem and the organisms vary from ecosystem to ecosystem. No living organism in the world can live without the help of other living as well as non living things and we human beings also fall in this category.

If you feel interest to read and get effective informations about a freshwater ecosystem of a common Bangladeshi river named Bangshai river, this article is for you. But the matter is you can know about ecosystem definition, classification, Bangshai river’s geographical location, ecosystem type, the abiotic factors and from the biotic factor only primary producer of Bangshai river ecosystem have been discussed in Part 1.

Now we will discuss about river ecosystem’s consumers, decomposers, resources, threats and so on.

As we have already discussed the primary producer of this ecosystem, we are about to talk the consumers that are dependent on the producers for their overall livelihood. They also play a crucial role in a ecosystem just like producers.

Heterotrophs can be classified by what they usually eat as herbivores, carnivores, omnivores as well as what are their roles in ecology as primary/ secondary/ tertiary consumer.

In Bangshai river ecosystem, consumers are of 3 types:

Decomposers play a critical role in the flow of energy through an ecosystem. They break apart dead organisms into simpler inorganic materials, making nutrients available to primary producers.
Most freshwater decomposers like bacteria and fungi are on the bottom of rivers and lakes. This is where dead organisms and plants are found along with dead plant matter that enters the water from terrestrial sources. Decomposers continually replenish the nutrients in the soil by breaking down dead material through the use of biochemical and chemical reactions.
the decomposers are mostly found at the bed of the river.
Some decomposers in the freshwater biome are fungi, bacteria, and earth worms.

In Bangshai river, as far as I noticed, I found many animal species that play as heterotrophs as well as consumers of the water ecosystem and some specific decomposers there. I would like to provide their list below: 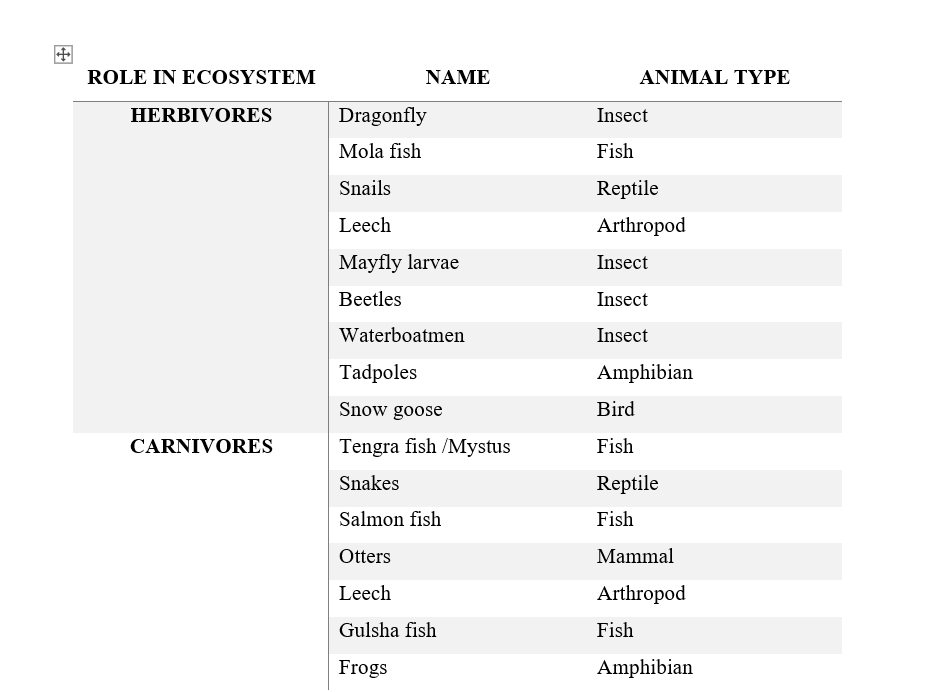 All the individual of an ecosystem are interdependent on each other for their food and for being survived on earth. Those organisms in the earth can not have the ability to win in the ecological war, ultimately they are being extinct and this have been happening from the very early age of earth since the life have emerged. So every living organism must struggle to survive. Exactly this phenomenon creates the linkage in ecology as well as in a particular ecosystem. Eventually this ecological linkage comes out as the terms food chain, food web, food pyramid, energy pyramid, mutualism and so many.

A food chain is a linear network of links in a food web starting from producer organisms and ending at an apex predator species, detritivores, or decomposer species. A food chain also shows how organisms are related to each other by the food they eat. Each level of a food chain represents a different trophic level for example- When a large fish eats small fish which eats water fleas and water fleas in turn eat phytoplanktons ,it is called a aquatic food chain. In Bangshai river ecosystem, some considerable food chain will be-

All organisms in an ecosystem depend upon each other. If the population of one organism rises or falls, then this can affect the rest of the ecosystem. This means that all the organisms in an ecosystem are dependent upon each other. All living things depend on their environment to supply them with what they need, including food, water, and shelter. This is known as interdependence. For example, living things that cannot make their own food must eat other organisms for food. The partnership between nitrogen-fixing bacteria and leguminous plants is one example.

Each component of an ecosystem is dependent on others for food and energy. This depending system creates a ecological pyramid. An energy pyramid, also known as a trophic or ecological pyramid, is a graphical representation of the energy found within the trophic levels of an ecosystem. The bottom and largest level of the pyramid is the producers and contains the largest amount of energy.

From Bangshai river ecosystem, I have tried to make a diagram of ecological energy pyramid-

Ecosystem services are the many and varied benefits to humans provided by the natural environment and from healthy ecosystems.

Threats to the ecosystem

Anything that attempts to alter the balance of the ecosystem potentially threatens the health and existence of that ecosystem. Some of these threats are not overly worrying as they may be naturally resolved provided the natural conditions are restored.
Freshwater ecosystems are essential for human survival, providing the majority of people’s drinking water. This ecosystems are home to more than 40 percent of the world’s fish species. Despite their value and importance, many lakes, rivers, and wetlands around the world are being severely damaged by human activities and are declining at a much faster rate than terrestrial ecosystems.
Human activities pose threats to river ecosystems.

As I am talking about Bangshai river, the common undesirable human activities are-

All the stuffs create a huge threat for existance of the biotic organism in the Bangshai river and moreover imbalance the environment. One day the river will be a dead river and unsuitable for any ecosystem to grow in this.

Currently studying in 2nd year(BS Hon's) in the Department of Botany, University of Dhaka. I contain a little amount of knowledge of the vast Bioscience and Plant Science world. I'm running out of thirst for more knowledge related to this branch and have tried to write a little bit here. Please Forgive my mistakes and let me know about those. Email: shakilamahbuba27@gmail.com Minimum monthly resolution - Publish (1), Revise (2), Share (3)
@Mahbubaa_uwu
Previous Mutagenic Agents: Types, Mechanism & Irradiation Breeding
Next Mutation Breeding: Material Selection, Dosage, Procedure & Precaution