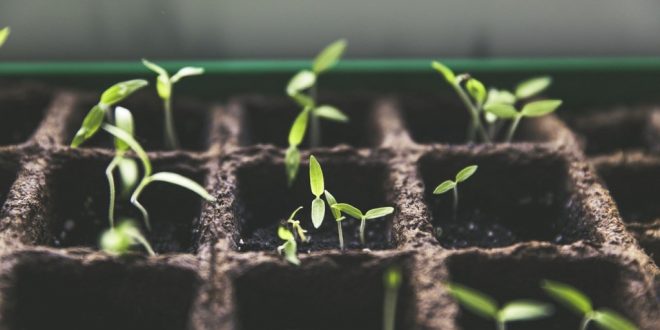 Mutation is the sudden change in genetic markup of an organism. Inducing mutation in an organism is a very complex process. You need to be extra careful. One mistake and the organism is as good as dead.  Despite the danger of overdosing mutagens there is the fact that the mutation induced may turn into a disaster. Although, in case of immobile organisms, like plants, the abnormalities don’t give that much of a disturbing sight as it would have given in case of mobile organisms. For instance cats, dogs, etc.

Selection of the plant material

The plant component used for mutagen depends on the crop’s sexual or asexual propagation and mutagen kind. The plant can be treated in any form, i.e. seeds, seedlings, cuttings, etc.

Aged and soaked seeds show a greater frequency of induced mutations than fresh air-dried seeds. Seeds with a low water content are more radioactive. The water content at the time of irradiation must be normal. Also, they should not be too young or too old. In sexually propagated crops, seeds are the most commonly used plant part.

Usually, the seedlings, neither too young nor too old, are irradiated due to their convenience in pots and transportation from the nursery easily. Mature plants are less sensitive to radiation than seedlings. Meiotic cells are more radiosensitive than mitotic cells. Therefore, plants are irradiated in the flowering stage in order to affect the developing gametes.

In the case of fruit trees, where vegetative propagation is followed, the desirable cuttings can be exposed to radiation treatment. It has been proven that

Thus, the hybrid material of earlier generations is recommended for the induction of mutation. So that the highest number of mutations can be obtained. To obtain sufficient variation for the desired achievement, the population must be large enough. Because the frequency of occurrence of the desirable new mutants is so small that they are not likely to be noticed in the small number of plant populations.

Pollen grains may be used. But they are infrequently used because-

Choice of the mutagen

Chemical mutagens are best used with seeds. Pollen grains are the only plant parts that can be successfully treated with UV radiation. Whole plants are generally irradiated during the flowering stage so that it is equivalent to the irradiation of pollen grains and egg cells. The treatment of a whole plant requires special facilities (a gamma garden) and is possible in a few places only.

The proper dose will increase the frequency of favorable mutants and increase the heritability of yield and other desired traits. The dose varies from crop to crop depending on the plant’s nature and genetic makeup. The more resistant the crop, the higher the dosage required to create the desired useful mutations, and vice versa. The desired dosage is given by manipulating the duration of treatment and the distance of material from the source.

Handling of the mutagen treated population

Genetic changes cause mutations, which is the main purpose of treating them. In the whole of the irradiated plant population, only a few plants reveal the mutation effect. Because naturally occurring material responds less to artificial changes due to its well-established stabilization in the constitution during natural evolution. Mutation effects may differ from tiller to the main stem.

Chromosomal mutations generally influence all plant traits. Other mutations affect only a few or single characters. Because mutation occurs in small sectors of the meristem, only a part of the plant is impacted. A stable mutant phenotype requires several sexual generations and selection. Mutant alleles are generally recessive, although some are dominant. Frequently, the mutants useful in the improvement of clonal crops contain the dominant mutation. If recessive mutant allele ‘a’ is to be useful in a clonal crop, it has to have the genotype ‘aa’, which is rare.

The procedure of mutation breeding in short. Source: makeagif

Almost every suspected plant’s or tiller’s ear is picked in M1 and kept separate for further investigation.

In M2, the seeds of individual ears from the M1 are grown in progeny rows. Instead of ear selection, sometimes one or three grains from M1 plants are sown in M2 rows, and these are known as the one-plant-one-grain or one-plant-three-grains method, respectively. They are more efficient than the ear-to-progeny-rows method. It is good to sow 14-15 seeds in each progeny row, and after the tenth progeny row, a row of the original variety is sown as a check for comparison. In this way, even if the M2 population is small and only one mutant segregates in this population, it will be observed immediately.

Screening and selection in M2

Even for dominant mutants, irradiated material is screened in M2 rather than in M1.  Because-

The more efficient the screening procedure, the higher the chances of obtaining desirable mutations. Plant breeders collect seeds of different ears of desired plants separately. Sometimes the seeds of similar mutants, called aberrant types, can also be mixed together.

Rows of the original variety are cultivated in M3 plants to progeny. If all the plants in M3 lines are true to type, as in M1, they are called mutants. True breeding lines continue to M4 from M3. M4 eliminates all inferior lines. The best ones are selected for the full yield comparison, and others are kept in the mutation collection.

The yield trials start in M5 generation and only the most helpful mutants are comprised. If a mutant has a low yield but a desirable feature, it may be carried in hybridization. This brings all the desired characters together into mutants.

The time taken by the mutation breeding procedure to achieve the desired improvement varies from problem to problem, depending upon the nature of the improvement needed and the stage at which it is obtained. The success so far obtained shows that, generally, mutation breeding takes very little time for the production of superior strains as compared to other breeding procedures.

I'm a student of department of botany at University of Dhaka. I'm learning a lot of new interesting things about different spheres of botany and I'll keep updating about them to keep your knowledge of nature enriched. Email: tarannum28@gmail.com Minimum monthly resolution: Publish(3), Revise(2), Share(5)
Previous River Ecosystem in Bangladesh: Bangshai River (Part 2)
Next Stomata: Structure, Types and Functions

i have a lot of interest in this topic. thanks for this article.