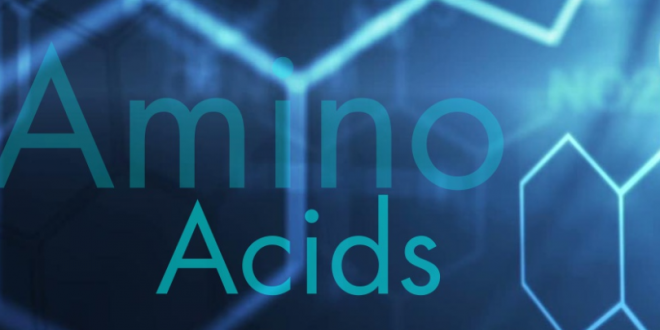 Despite their tremendous range of functions, all proteins are made from the same basic monomers. These are amino acids.

Each amino acid has 4 different groups, attached to α- carbon (which is C-atom next to COOH group).
These 4 groups are :

Figure A shows the general structure of all amino acids and of glycine, the simplest amino acid. They all have a central carbon atom which is bonded to an amine group, –NH2, and a carboxylic acid group, –COOH. It is these two groups which give amino acids their name. The third component that is always bonded to the carbon atom is a hydrogen atom.

The only way in which amino acids differ from each other is in the remaining, fourth, group of atoms bonded to the central carbon. This is called the R group. There are 20 different amino acids which occur in the proteins of living organisms, all with a different R group. Their molecular formulae in  Fig B.

(need not to remember all the different R groups.) Fig B also shows the three-letter abbreviations commonly used by scientists for the names of the amino acids. Many other amino acids have been synthesized in laboratories.

According to polarity of side chain (R) there are 4 types of amino acids,

According to nutritional value there are 3 types of amino acids,

These amino acids can’t be formed in the body and so, it is essential to be taken in diet. Their deficiency affects growth, health and protein synthesis.

These are formed in the body but not in sufficient amount for body requirements especially in children.

3- Non essential amino acids: These are the rest of amino acids that are formed in the body in amount enough for adults and children. They are the remaining 10 amino acids.

What is a standard amino acid?

Figure (C) shows how two amino acids can join together. One loses a hydroxyl (–OH) group from its carboxylic acid group, while the other loses a hydrogen atom from its amine group. This leaves a carbon atom of the first amino acid free to bond with the nitrogen atom of the second. The link is called a peptide bond. The oxygen and two hydrogen atoms removed from the amino acids form a water molecule. We have seen this type of reaction, a condensation reaction, in the formation of glycosidic bonds and in the synthesis of triglycerides.

The new molecule which has been formed, made up of two linked amino acids, is called a dipeptide. Any number of extra amino acids could be added to the chain in a series of condensation reactions. A molecule made up of many amino acids linked together by peptide bonds is called a polypeptide. A polypeptide is another example of a polymer and a macromolecule, like a polysaccharide. A complete protein molecule may contain just one polypeptide chain, or it may have two or more chains which interact with each other.

In living cells, ribosomes are the sites where amino acids are joined together to form polypeptides. The reaction is controlled by enzymes.

Polypeptides can be broken down to amino acids by breaking the peptide bonds. This is a hydrolysis reaction, involving the addition of water (Figure C), and happens naturally in the stomach and small intestine during digestion. Here, protein molecules in food are hydrolyzed into amino acids before being absorbed into the blood.

Many peptides known to be hormones also act as neurotransmitters, and often these are co-released with small-molecule neurotransmitters. Acetylcholine (ACh) (substance P) and the opioid peptides, are involved in the perception of pain. Still other peptides, such as melanocyte-stimulating hormone, adrenocorticotropin, and β-endorphin, regulate complex responses to stress.

Aspartame is an artificial non-saccharide sweetener 200 times sweeter than sucrose.

The amino acids in a polypeptide chain have an effect on each other even if they are not directly next to each other. A polypeptide chain, or part of it, often coils into a corkscrew shape called an α-helix (Figure E a). This secondary structure is due to hydrogen bonding between the oxygen of the –CO– group of one amino acid and the hydrogen of the –NH– group of the amino acid four
places ahead of it. Each amino acid has an –NH– and a –CO– group, and Figure 2.19a shows that all these groups are involved in hydrogen bonding in the α-helix, holding the structure firmly in shape. Hydrogen bonding is a result of the polar characteristics of the –CO– and –NH– groups.

At first sight, the myoglobin and lysozyme molecules look like disorganised tangles, but this is not so. The shape of the molecules is very precise, and the molecules are held in these exact shapes by bonds between amino acids in different parts of the chain. The way in which a protein coils up to form a precise three-dimensional shape is known as its tertiary structure.

So, in short, Primary structure is the sequence of amino acids in a polypeptide or protein.

Secondary structure is the structure of a protein molecule resulting from the regular coiling or folding of the chain of amino acids, e.g. an α-helix or β-pleated sheet.

Tertiary structure is the compact structure of a protein molecule resulting from the three-dimensional coiling of the already-folded chain of amino acids.

Quaternary structure is the three-dimensional arrangement of two or more polypeptides, or of a polypeptide and a non-protein component such as haem, in a protein molecule.

What Is Non-Standard Amino Acid? 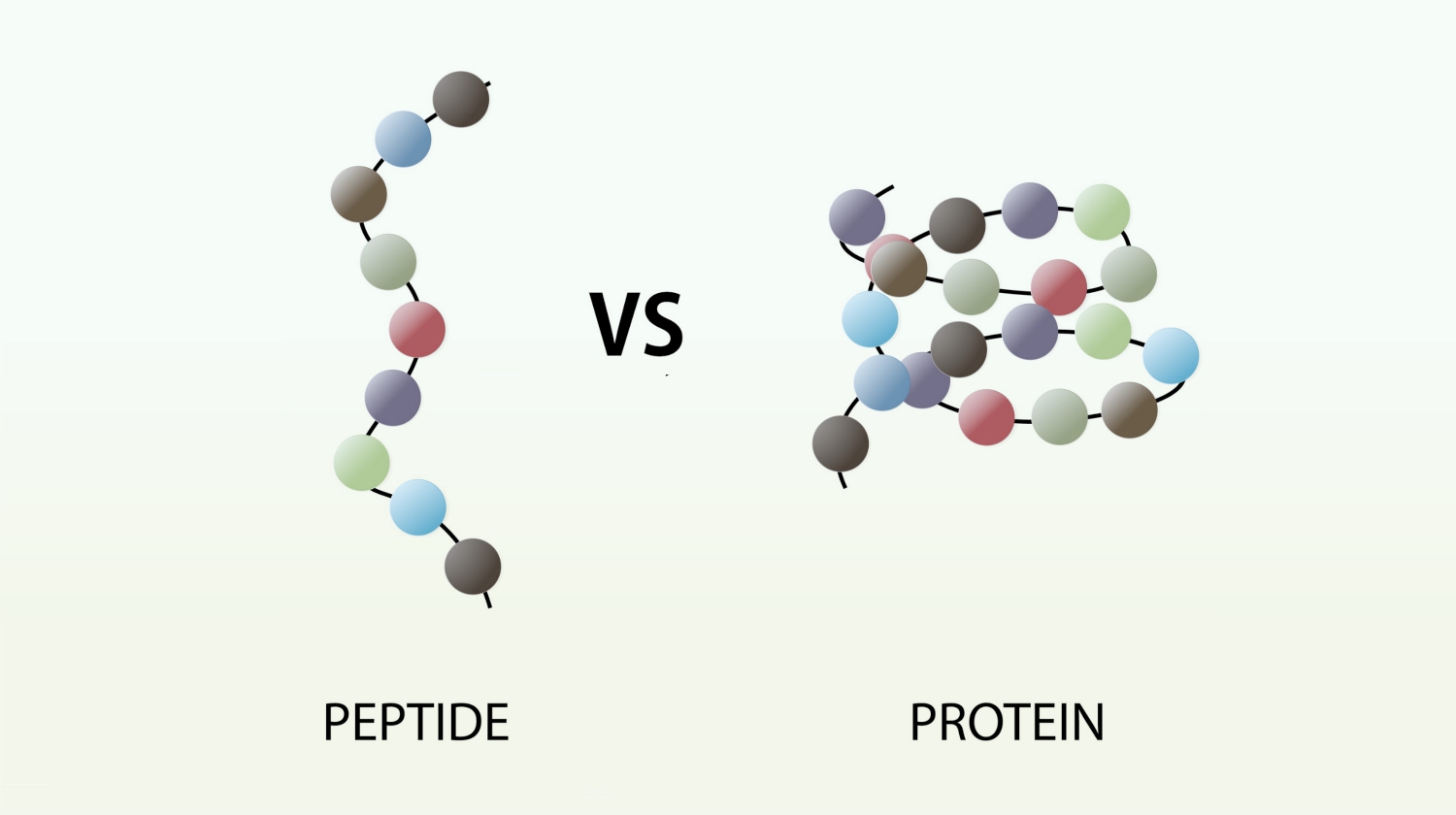 So in the end, Proteins are long chains of amino acids which fold into precise shapes. Biuret reagent can be used to test for proteins. The linkages that join amino acids are called peptide bonds. The sequence of amino acids in a protein, known as its primary structure, determines the way that it folds and hence determines its threedimensional shape and function.

Proteins may be globular or fibrous. A molecule of a globular protein – for example haemoglobin – is roughly spherical. Most globular proteins are soluble and metabolically active. Haemoglobin contains a non-protein (prosthetic) group, the haem group, which contains iron. This combines with oxygen. A molecule of a fibrous protein – for example, collagen – is less folded and forms long strands. Fibrous proteins are insoluble. They often have a structural role. Collagen has high tensile strength and is the most common animal protein, being found in a wide range of tissues.

This Article is based on by the lecture of Farhana Tasnim Chowdhury, Lecturer, Department of Biochemistry, University of Dhaka

A 1st year biology maven who try to conduct research using the scientific method to test the validity of a theory in a rational, unbiased and reproducible manner....... E-mail: opi.ferdous@gmail.com Minimum monthly resolution: Publish (1), Revise(4), Share (4).
Previous Financial Analysis for Studying in USA
Next Some prestigious scholarships around the world