■”Altitude” –vertical elevation of an object above sea level (expressed in meter). 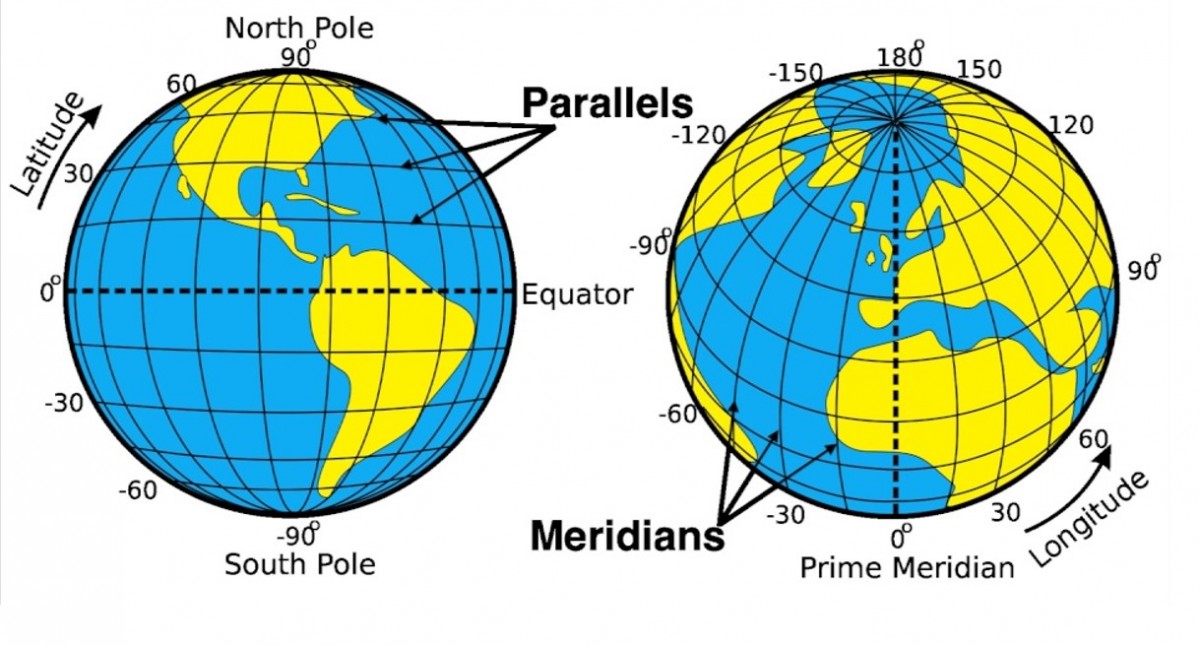 Accurate Positioning of individual points on the Earth’s surface is made possible by reference to the geometrical system of Latitude and Longitude. Latitude parallels are drawn west-east around the Earth and numbered by degree east and west of the prime meridian, 0 Degree of longitude, which passes through Greenwich in England. By referring to these co-ordinates and their subdivisions of minutes (1/60th of a degree) and seconds (1/60th of a minute), any place on earth can be located within a few hundreds yards. Latitude and Longitude are indicated by blue lines on the maps; they are straight or curved according to the projection employed. Reference to these lines is the easiest way of determining the relative positions of places on different maps, and for plotting compass directions.

■ Happens because of Earth’s rotation from West to East.

The Sun appears to rise in the east, reach its highest point at noon, and then set in the west, to be followed by night. In reality it’s not the Sun that is moving but the Earth rotating from west to east. The moment when the Sun’s upper limb first appears above the horizon is termed sunrise; the moment when the Sun’s upper limb disappears below the horizon is sunset.

At the summer solstice in the northern hemisphere (21 June), the Arctic has total daylight and the Antarctic total darkness. The opposite occurs at the winter solstice (21 or 22 December). At the Equator, the length of the day and the night are almost equal all year.

On 22 or 23 September, the Sun is overhead at the Equator, and day and night equal length throughout the World. This is the autumnal equinox in the northern hemisphere.

In the southern hemisphere, the seasons are the reverse of those in the north.

A biology fanatic who is interested in understanding the underlying mechanisms that govern the functioning of living matter as well as the complex properties..........
Previous Ratargul Swamp Forest: The Green Mystery & Discussion Of Plants (Part 1)
Next Relation of Climate and Biodiversity and its threat