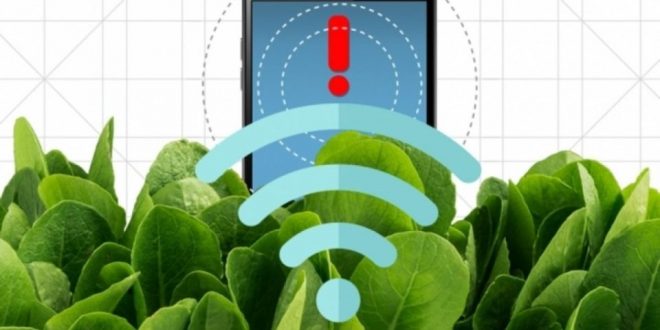 We all heard the term “Plant”. Whenever this term arises the first view that comes to our mind is a substance that stands for  providing  foods, shelter,  shade and basic things which are must for our existence on earth.  What if the plants could tell itself whether there is any toxins present in the water ? Is the ground too acidic?

Yess!!! Now We can imagine a future where the plants in your garden not only grow delicious vegetables but also can keep an eye on the soil and water conditions while they are at it.

In The first demonstration of plant nanobionics, Strano and Giraldo used nanoparticles  to enhance plants’ photosynthesis ability and to turn them into sensors for nitric oxide, a pollutant produced by combustion.

Strano’s lab has previously developed carbon nanotubes that can be used as sensors to detect a wide range of molecules, including hydrogen peroxide, the explosive TNT, and the nerve gas sarin. When the target molecule binds to a polymer wrapped around the nanotube, it alters the tube’s fluorescence. 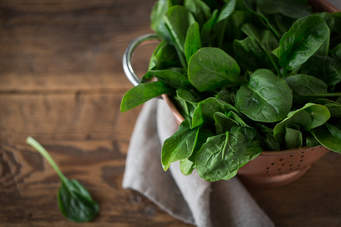 Then MIT engineers have embedded carbon nanotubes into spinach leaves, transforming the plants into sensors that can communicate with human users. This application is among the first demonstrations of plant nanobionics, an area of research that engineers electronic systems in living plants.

Carbon nanotubes are very tiny cylinders of carbon atoms that occur naturally and can be synthesized in the lab. They are amazingly strong, even stronger than steel when they’re made into fibers. And they have unique optical properties, producing near-infrared light that responds to slight changes in the surrounding chemical environment. Additionally, the nanotube response to chemicals can be modified by coating it in different substances.

The Strano lab at MIT figured out that, with a particular coating, the intensity of light emitted by nanotubes changes in response to nitroaromatic compounds commonly found in explosives. By implanting these coated nanotubes into the leaves of spinach plants, they could detect changes in the infrared signal as the plant absorbed the target compound through it’s roots and leaves. That’s pretty incredible because they harnessed the plants natural function of absorbing material from the earth and water, to make a biosensor.   What makes their work even cooler is that they were able to put together a simple smartphone system that let them check on their plant bomb detectors from a distance. Practically, such a biosensor could help detect nearby explosives by picking up on specific chemicals the explosives leach into the ground water.

It would take about 10 minutes for the nitroaromatic compounds to travel to the spinach leaves activating the sensors. The hybrids would emit a fluorescent signal that can be read by an infrared camera attached to a computer or a similar device.

An email would be sent to a user alerting them a dangerous chemical was in the area.

“Plants are very good analytical chemists,” said Michael Strano, Ph.D., the lead researcher for this experiment and professor of Chemical Engineering at MIT, in a statement. “They have an extensive root network in the soil, are constantly sampling groundwater, and have a way to self-power the transport of that water up into the leaves.”

Ultimately, this technique can be used on other living plants for different purposes, according to MIT’s announcement.

In near future, we can certainly assure that plants will be the natural weapons to destroy all the manmade weapons and will provide us a healthy environment using the right application of technology.

This is an official account of this website. This ID holds articles from two categories. 1. Articles from our non-authors. 2. Articles of the authors whose IDs were deleted.
Previous Red sea: A Wonder of Nature
Next ভাইরাস অন্য কোন জীবিত কোষ ছাড়া বংশবৃদ্ধি করতে পারেনা। কিন্তু কেন?