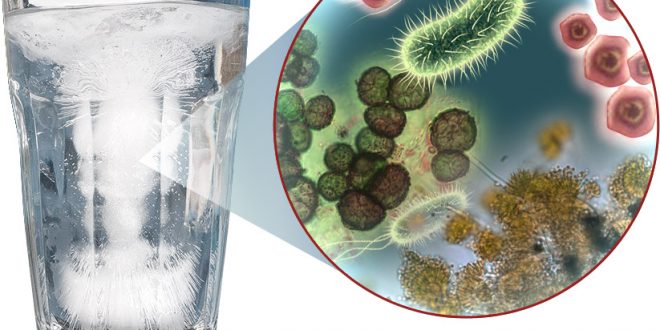 Coliform is commonly known as ” indicator organisms“, refers to a wide groups of bacteria ( about 16 species) that found throughout the environment and used to evaluate the water quality.  These organisms have a wide distribution in soil, water surface, vegetations as well as on the skin or intestinal tract of warm-blooded organisms including humans.

Except for some species, most of the coliforms are harmless. Coliform groups are relatively easy to culture in the lab. Therefore these are used as primary indicators for the presence of potentially disease-causing bacteria in drinking water as well as foods. Some representatives are  Citrobacter,  Enterobacter,  Hafnia, Klebsiella, Escherichia  etc.

Coliform bacteria ferment lactose sugar producing gas (CO2) and acid when incubated at 35°-37°C. This unique feature of coliform helps in their identification during coliform testing.

Coliforms are divided into three main groups. Each group is an indicator of drinking water quality with a different level of risk. Groups  are including:

This group’s bacteria are found in the environment like water, soil, vegetation where they live freely apart from human or animal waste.

These are generally harmless because most species have no impact on human health instead these are a warning sign of the risk of water contamination. High total Coliform level in water has a high probability of water contamination by protozoa, virus, disease causing bacteria and other pathogens. Testing the presence of total Coliform Bacteria basically involves growing them in lactose media at about 35°C.

Fecal coliforms are a sub-group of total Coliform Bacteria. They are found in the intestine and feces of warm-blooded animals including humans.

Fecal Coliform comprises both pathogenic and non-pathogenic bacteria. Fecal Coliform detection in a  sample drinking water indicates the sewage contamination of the water. Increased level of fecal coliform indicates a warning of the failure of water treatment. Fecal Coliforms are also known as “Thermotolerant Coliforms” which are capable of fermenting lactose sugar at 45°C.

The sub group of fecal Coliform, E.coli Coliform is the strongest indicator of contamination of serious waterborne disease.

These are a more specific indicator of fecal pollution. Although these are mostly harmless in the host’s intestine, some strains (E.coli 0157:H7)j cause serious illness like bloody diarrhea, stomach cramp, vomiting, fever as well as pneumonia, respiratory illness, urinary tract infection. E. coli cannot live long outside the host, for this their presence evidence the recent contamination of water.

Eosin Methylene Blue agar plate( partially inhibitory to gram-positive bacteria ) is an effective medium to differentiate between different types of Coliforms. Based on lactose fermenting ability coliforms will produce a color change in the bacterial colony. Strong lactose fermenters appear as dark /blue/purple/black while weak fermenters are pink. E. coli colonies will be dark with a metallic green sheen. Other Coliforms appear as thick, slimy colony. Non-fermenter Coliform appears colorless.

Coliforms have been used to evaluate the general quality of water as they are often found alongside dangerous pathogenic bacteria. Since coliforms are not such a pathogenic but only mildly infectious, these are relatively safe in work within the lab.  To test the individual pathogen specifically, testing for coliform is faster and cheaper to have an idea about drinking water pollution. There are some approved techniques to determine the presence of Coliform in water and get the idea of contamination level. These are :

This is an official account of this website. This ID holds articles from two categories. 1. Articles from our non-authors. 2. Articles of the authors whose IDs were deleted.
Previous The Best Medical Cannabis Dispensaries in Toronto
Next The Megasporangium: Types, Parts and Functions