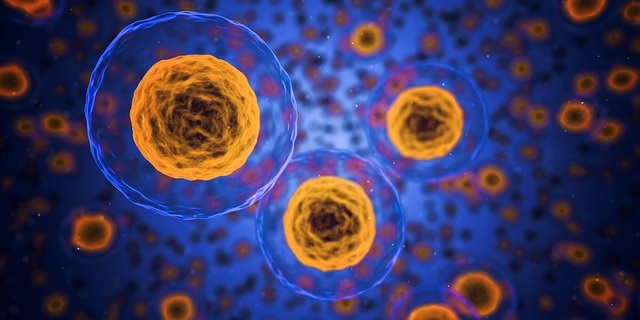 As human beings are social creatures, they live in a social environment. If we look around us, we can see mainly two types of things in the environment. One is living things & another is non-living things. Living things are those which possess life. Now, what is life?

It’s not easy to define life. But scientist J.D. Burnel gave the definition of life. That is- “Life is a self-regulated, self-determined very complex physiochemical system, which is able to use the material and energy from the environment for its growth, development and reproduction through a chain of biochemical reactions.”

Robert Hook, an architect and the first curator of the Royal Society of London, in 1665 described cork (plant bark tissue) & other cells and introduced the term “cell“. The word “cell” derived from the Greek word ‘kytos‘ which means ’empty place’.

Why It Is Difficult to Define cell?

So, when we define cell, we must take these limitations into consideration.

Cell is almost an independent structural and functional unit of life which is at least surrounded by a membrane and originated from a pre-existing one.

Cytology is a branch of biology that deals with the physical & chemical structure and biological functions of cells & cellular organelles. It also describes the development, differentiation and origin of a new cell from a pre-existing one by division.

It is the study of cell structure and function, and it revolves around the concept that the cell is the fundamental unit of life.

Matthias Jacob Scheiden, a German professor of botany, proposed the cell theory, together with Theodor Schwann, a German professor of anatomy. Schleiden’s cell theory states that the cell is a unit of biological organization. After that, Schwann began work with Schleiden’s cell formation theory. He applied Schleiden’s discoveries in plants to animals and invented the term “cell theory” in 1838. However, the term is generally attributed to Schleiden & Schwann and dated 1839. Schwann refined this theory in the following way:

This concept of the cell as a general unit of life and as a common basis for the vital phenomena in both the animal & plant kingdoms was immediately and universally accepted.

As science evolved, three more components have taken place to the theory. These are:

Later,Rudolf  Ludwig Carl Virchow, a German professor of pathological anatomy, confirmed the principle that cells arise only from pre-existing cells. It is also reffered to as the “theory of cell lineage”. His observations gave Schleiden & Schwann’s cell theory its impact in terms of heredity and development, for if present cells have come from pre-existing cells, then all cells trace their ancestry back to the first cells in an unbroken line of descent.

The Most Ancient Cell

The name Kakabekia references the region in Ontario where the microfossil relative Kakabekia umbellata was first discovered. The name barghoorniana refers to the scientist, Barghoorn, who discovered the microfossil. Kakabekia is not well-differentiated phylogenetically, but it is believed to be the modern descendent of one of the first eukaryotes in the Plant kingdom.

In 1965, a Harvard paleontologist Elso Barghoorn was working in Canada’s rock field, Gunflint Range Chert, that date back to the middle Precambrian period in what would have likely been shallow lakes. There he discovered some fossils of the simplest organisms which had only a bulb like structure and some protoplasmic strands. He named it Kakabekia umbellata and published it in a British journal called ‘Nature’.

One year later in 1966, Siegel and Giumarro discovered a simple structured living organism in ammoniated soil beside British port which appeared nearly identical to the microfossil of Kakabekia umbellata. In the same year, they published the occurrence of the simplest living organism and named it after Barghoorn as Kakabekia barghoorniana.