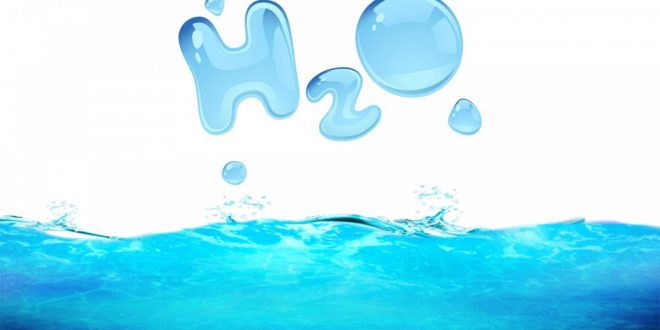 Properties of Water & Its Movements inside Plants

Surface tension results due to forces of attraction existing between the molecules of a liquid at the open boundary surface of that liquid and is measured by the force per unit length (newton/metre) acting in the surface in the right angle to any line drawn in the surface. 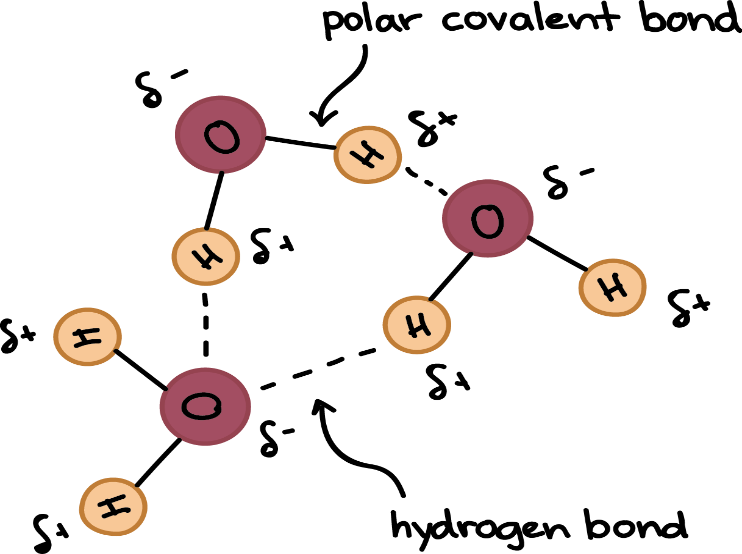 Mutual force of attraction between like molecules such as in water (due to H bonds) is called as cohesion. Cohesion confers upon water an unusually high tensile strength, which is the ability to resist stretching (tension) without breaking. In a thin confined column of water, such as that in the xylem elements of stem, this tensile strength can reach such high values that water is pulled to the top of tall trees without breaking.

On the other hand, attraction of water to a solid phase such as cell wall or glass surface is called as adhesion. Adhesive property is found in water due to its polar nature. It attracts other unlike but highly polar substances such as proteins and cell wall polysaccharides.

Mechanism of water movement inside plants

The movement of materials into and out of the cells in plants takes place in solution or gaseous form.

There are three mechanisms that govern water movement inside the plant

They are: Concentration, temperature, pressure, effects of solutes on solvent chemical potential and matrix.

Equilibrium distribution doesn’t mean that the system has stopped working. Rather, it means that the equilibrium is dynamic. That is the passing of molecules occurs at same rate at the same probability.

The rate of diffusion increases if,

When the diffusing substance is water through a semi-permeable membrane.

Plant allows only one liquid inside it and that is water. 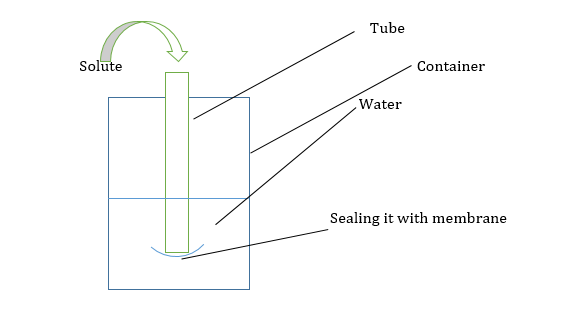 What is the direction of flow of water?

Water will flow from beaker to tube. As the Ψ in the beaker is 0 and in the tube is negative.

Significance of osmosis in plants

What will happen of water movement between value of Ψ =-2 & Ψ=-40?  Suppose, a pot is full of water where water molecules are present as H+  and OH– ions.

If we add a small amount of salt with Na+ and Cl– ions, salts positive ion then surround by waters negative ion.so,free ion of water will decrease and also Ψ value will be decrease. Suppose It’s decrease value is Ψ =-40.

Now another pot with no mixture of salt or any other particles rich in water ion.here Ψ value remains same or high(supposing its Ψ=-2)  than the pot with salt mixture. If we make connect between these two pot then water movement will occur from pure water pot to pot with salt mixure.

Currently in 4th year (Hons) in the Department of Botany, University of Dhaka. Planned to have multiple careers one by one but promised to be with 'Plantlet' as long as it's primary stage remains unfinished. Email: abulaisshomrat@gmail.com. Minimum monthly resolution - Publish (1), Revise (3), Share (5)
Previous Cytology: An Introduction
Next Mendelian Inheritance: Part III

nice article. thank for sharing with us.