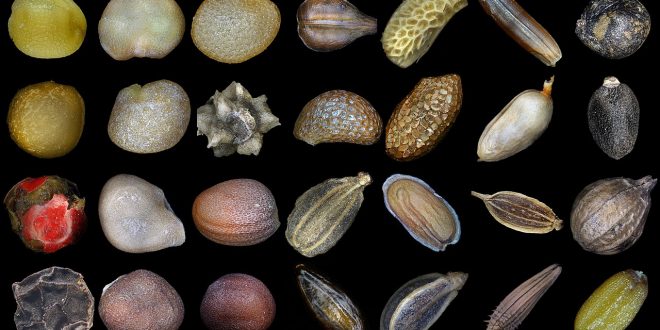 There are several factors that influence seed germination such as temperature, moisture and seed dormancy. Temperature and moisture levels are fairly easy to explain but what is seed dormancy?

All the viable seeds have the capacity to germinate if placed under suitable conditions necessary for germination. In certain plants such seeds will immediately germinate after harvest but in others seeds fail to germinate for some time even if placed under suitable conditions either due to some internal factors or due to specific requirements for some environmental factors. During this period the growth of the seeds remains suspected and they are said to be in resting stage or dormant stage and the phenomenon is called seed dormancy.


So, seed dormancy is the incapacity of viable seeds to germinate under favourable conditions.

Reasons or Causes of Seed Dormancy

There are certain reasons or causes for seed dormancy. Mainly, seed dormancy results from one or a combination of several different reasons. Some major causes are described below:

1. Impermeability of seed coats to water: The seeds of certain plants especially those belonging to the families Leguminosae, Malvaceae, Chenopodiaceae, Convolvulaceae and Solanaceae have very hard seed coats which are impermeable to water. The seeds remain dormant in the soil until the impermeable layer of testas decay by the action of soil micro-organisms.

3. Mechanically resistant seed coat: The seeds of certain weeds such as pigweed (Amaranthus), shepherd’s pursue (Capsella), winter plantain (Alisma) etc., remain dormant because their hard seed-coats prevent any appreciable expansion of the embryo. This dormancy may persist up to periods as long as 30 years in case of pigweed if the seeds remain saturated with water. However, if the seed coats become dry and then again saturated with water, they are no longer able to resist the expansion of the embryo. The seed coats rupture and germination takes place. At higher temperatures (about 40°C) also the seed coats in pigweed become less resistant to pressure developed by the imbibitional forces in the embryo so that seed germination may take place.

4. Immaturity of the seed embryo: In many plants, e. g., certain orchids, Ginkgo biloba, Anemone nemorosa, Fraxinus excelsior etc. the seed dormancy results from the immaturity of the embryos which fail to develop fully by the time the seeds are shed. In such cases, the seeds germinate only after a period of rest during which the development of the embryo inside the seeds is completed.

5. Need for after-ripening in dry storage: In many plants e. g., barley, oats, wheat etc., the seeds though containing fully developed embryos are dormant when they are harvested. They require no special treatment to overcome this dormancy and germinate if kept under dry storage conditions at normal temperatures for about a few weeks to several months. During this period probably due to certain physiological changes in the embryo, the seeds develop the capacity to germinate which is called after-ripening. The nature of these physiological changes during after-ripening is not clear.

The dormancy of the cereal seeds, however, may be removed either by storing them at 35° to 40°C for 2 to 4 days or removing their seed coats.

8. Light sensitive seeds: In many species, the germination of the seeds is affected by light resulting in seed dormancy. Such light-sensitive seeds are called Photoblastic seeds. The seeds of certain plants, e. g., lettuce (Lactuca sativa), Shepherd’s purse ( Capsella bursa pastoris), peppergrass (Lepidium vigrinicum), tobacco (Nicotiana tabacum), tomato (Lycopersicum esculentum) etc., are positively photoblastic and germinate only after they have been exposed to light. On the other hand, the seeds of certain plants, e. g. Helleborus niger, Nigella damascena, Silene armeria etc., are negatively photoblastic and their germination is inhibited by light.

The light sensitivity of many photoblastic seeds declines with age if they are kept in dark under dry storage conditions.

Various methods are employed for breaking the seed dormancy depending upon its cause and the particular plant species. Some important methods are described below:

2. Pressures: In certain plants, e. g., sweet clover (Melilotus alba) and alfalfa (Medicago sativa) the germination of seeds can be improved by 50-200 percent if the seeds are subjected to hydraulic pressure of 2000 atm. at 18°C for about 5-20 minutes. This effect of pressure on germination results due to changes in the permeability of the testas to water.

3. Stratification: In many species, seed dormancy resulting from chilling requirements can be overcome if the seeds are treated in a moist medium at low temperature (5-10°C) for a sufficient period of time. This process is called Stratification. Artificial stratification is done by alternating the layer of seeds with layers of wet Sphagnum (peat moss), sand or some other suitable material and keeping them at low temperatures.

Low temperatures are also known to overcome the dormancy of certain light-sensitive seeds such as lettuce.

4. Alternating temperatures:  An alternating of low and high temperatures (the difference of the two is not more than 10°C or 20°C) greatly improves the germination of seeds in certain plants such as Poa pratensis.

Alternating temperatures of 15°C and 25°C daily can also overcome the dormancy of certain positively photoblastic seeds such as Rumex crispus.

5. Light: The dormancy of positive photoblastic seeds can be broken by exposing them to red light (most effective near 660 mμ) or white light. Within limits, the germination response depends upon the quantity of light received. The effect of red light is reversed by far-red light (maximum inhibition is near 735 mμ). Inhibitory effect of the far-red light declines if the far-red irradiation is delayed. The inhibitory effect of the far-red irradiations can in turn be reversed by subsequent red irradiations. This promotion of germination by red light and inhibition by far-red light probably involves the operation of a proteinaceous pigment called phytochrome. This pigment occurs in two forms, one red absorbing form (PR) after absorbing the red light is converted into far-red form (PFR). The latter absorbs the far-red and is converted back into the red absorbing form of the pigment.

6. Germination stimulating substances: The effects of kinetin and gibberellins in inducing certain positively photoblastic seeds such as tobacco, lettuce etc., even in dark is well known. Besides them, a number of other chemical compounds are also known to possess germination stimulating capacity in certain seeds. Most common of these are KNO3, thiourea and ethylene.

I, Shraboni Mostofa, am currently studying B.S. Honours (2nd year) in Department of Botany, University of Dhaka. I have the interest to work in the biological research field as a scientist. I want to contribute to the world something that really matters. I am always trying to improve myself as a good creation of the Great Creator. Email: shrabonimostofa@gmail.com. Minimum monthly resolution: Publish (1), Revise (1), Share (1).
Previous Vernalization: Cold treatment in plants
Next Physiology of Seed Germination