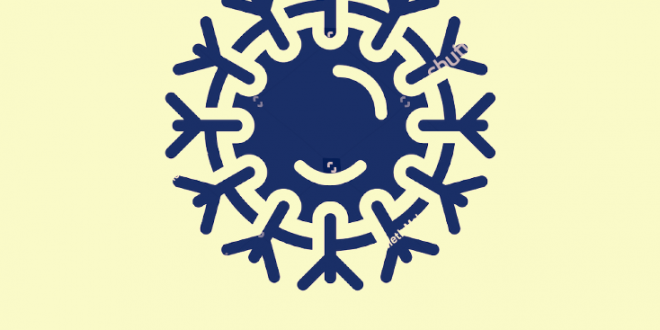 We now want to tell in detail something that was too important for our immune system. Our ability to defend ourselves against infection by pathogens (disease-causing organisms). We have seen that some people experience few or no symptoms when exposed to certain infectious diseases. Even though a person may be a carrier of disease to other people, he or she has immunity. How is this possible? The disease measles is used as an example here. Most people have measles only once. In most cases, it is very unlikely that anyone surviving the disease will have it again. They are immune. Their body’s internal defense system has developed a way of recognizing the measles virus and preventing it from doing any harm again. Immunity is the protection against disease provided by the body’s internal defense or immune system. The external cellular and chemical barriers that protect us from infection are part of that defense system.

1.External Defense System
We have a variety of mechanisms to protect ourselves against infectious diseases such as measles and those described in the previous chapter. Many pathogens do not harm us, because, if we are healthy, we have physical, chemical and cellular defenses that prevent them entering. For example, the epithelia that cover the airways are an effective barrier to the entry of pathogens, hydrochloric acid in the stomach kills many bacteria that we ingest with our food and drink, blood clotting is a defense mechanism that stops the loss of blood and prevents the entry of pathogens through wounds in the skin.

2.Internal Defense System
If pathogens do successfully enter the body, white blood cells can recognize them as something foreign and destroy them. White blood cells are part of the immune system and they recognize pathogens by the distinctive, large molecules that cover their surfaces, such as proteins, glycoproteins, lipids and polysaccharides, and the waste materials which some pathogens produce. Any molecule which the body recognizes as foreign is an antigen. There are two types of white blood cell, namely phagocytes and lymphocytes. Before looking at their structure and function in detail, it will be useful to look at an example of the immune response in humans. This example introduces further important features of the immune system, namely the ability to distinguish between self and non-self, and the production of antibodies. Antibodies are “glycoprotein” molecules that act against specific antigens. Each of us has molecules on the surfaces of our cells that are not found in other organisms, or even in other humans. These are often called cell surface antigens. Although they do not stimulate production of antibodies in us, they will do if they enter someone else. The cell surface antigens of the human “ABO“ blood group system are a good example. If you are blood group A, then you have certain “glycolipids” on your red blood cells that are not on the red cells of people who are blood group B. If blood of type A is given to someone who has blood of type B during a transfusion, then the recipient will recognize these blood cells as “foreign” and start to produce antibodies. The recipient’s immune system has recognized the antigens on blood cells of type A as non-self. If blood of type B is used during the transfusion, as it should be, then the recipient’s immune system recognizes the antigens on the red blood cells as self and no antibodies are produced. The response of lymphocytes to the presence of a foreign antigen is known as the immune response. In some cases lymphocytes respond by producing antibodies; in others they respond by killing cells that have become infected by pathogens.

All of these cells are visible among red blood cells when a blood smear is stained to show nuclei as shown in this figure:

1.Phagocytes: Phagocytes are produced throughout life in the bone marrow. They are stored there before being distributed around the body in the blood. They are scavengers, removing any dead cells as well as invasive microorganisms.

2. Neutrophils: Neutrophils are a kind of phagocyte and form about 60% of the white cells in the blood (Figure 11.3). They travel throughout the body, often leaving the blood by squeezing through the walls of capillaries to ‘patrol’ the tissues. During an infection, neutrophils are released in large numbers from their stores, but they are short-lived cells.

3.Macrophages: Macrophages are also phagocytes but are larger than neutrophils and tend to be found in organs such as the lungs, liver, spleen, kidney and lymph nodes, rather than remaining in the blood. After they are made in the bone marrow, macrophages travel in the blood as monocytes, which develop into macrophages once they leave the blood and settle in the organs, removing any foreign matter found there.Macrophages are long-lived cells and play a crucial role in initiating immune responses, since they do not destroy pathogens completely, but cut them up to display antigens that can be recognized by lymphocytes.

If pathogens invade the body and cause an infection, some of the cells under attack respond by releasing chemicals such as histamine. These, with any chemicals released by the pathogens themselves, attract passing neutrophils to the site. (This movement towards a chemical stimulus is called “chemotaxis“.) The neutrophils destroy the pathogens by phagocytosis.

Neutrophils have a short life. After killing and digesting some pathogens, they die. Dead neutrophils often collect at a site of infection to form pus.

The type of immunity described so far occurs during the course of an infection. This type of immunity is called active immunity because the person makes their own antibodies. This happens when the lymphocytes are activated by antigens on the surface of pathogens that have invaded the body. As this activation occurs naturally during an infection it is called natural active immunity.

The immune response can also be activated artificially, either by injecting antigens into the body or – for certain diseases such as polio – taking them by mouth. This is the basis of artificial active immunity, more commonly known as vaccination. The immune response is similar to that following an infection, and the effect is the same – long-term immunity. In both natural and artificial active immunity, antibody concentrations in the blood follow patterns similar to those shown below:

In both forms of active immunity, it takes time for sufficient numbers of  “B and T cells” to be produced to give an effective defense. If a person becomes infected with a potentially fatal disease such as tetanus, a more immediate defense than that provided by active immunity is needed for survival. Tetanus kills quickly, before the body’s natural primary response can take place. So people who have a wound that may be infected with the bacterium that causes tetanus are given an injection of antitoxin. This is a preparation of human antibodies against the tetanus toxin. The antibodies are collected from blood donors who have recently been vaccinated against tetanus. Antitoxin provides immediate protection, but this is only temporary as the antibodies are not produced by the body’s own B cells and are therefore regarded as foreign themselves. They are removed from the circulation by phagocytes in the “liver and spleen“.

The immune system of a newborn infant is not as effective as that of a child or an adult. However, infants are not entirely unprotected against pathogens, because antibodies from their mothers cross the placenta during pregnancy and remain in the infant for several months (Figure G). For example, antibodies against measles may last for four months or more in the infant’s blood.

Active Immunity:  Active immunity is immunity gained when an antigen enters the body, an immune response occurs and antibodies are produced by plasma cells.

Passive Immunity: Passive immunity is immunity gained without an immune response; antibodies are injected (artificial) or pass from mother to child across the placenta or in breast  milk (natural).

Natural Immunity: Natural immunity is immunity gained by being infected (active) or by receiving antibodies from the mother across the placenta or in breast milk (passive).

Artificial Immunity: Artificial immunity is immunity gained either by vaccination (active) or by injecting antibodies (passive).

Vaccination: Vaccination is giving a vaccine containing antigens for a disease, either by injection or by mouth; vaccination confers artificial active immunity.

A 1st year biology maven who try to conduct research using the scientific method to test the validity of a theory in a rational, unbiased and reproducible manner....... E-mail: opi.ferdous@gmail.com Minimum monthly resolution: Publish (1), Revise(4), Share (4).
Previous Enzyme & Their Substrates: Mode of Action
Next Some Basic Concept of Angiosperm Taxonomy: Essential To Know