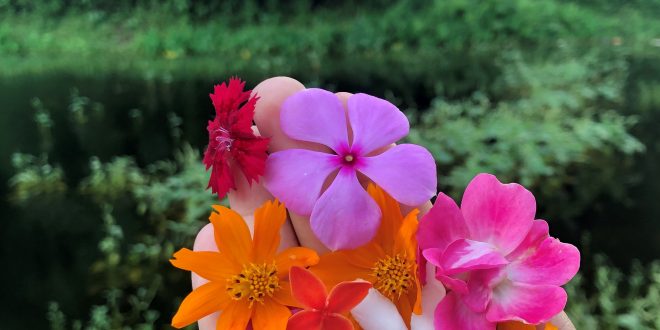 Some Basic Concept of Angiosperm Taxonomy: Essential To Know

Plants are closely associated with human. If we want to use plants for the greatest behoofs for human life and their next generation, it is obligate to perceive about plants and their types. Angiosperms represents the largest as well as the most successful group of plants within the plant kingdom. We can’t observe, utilize, analyze and research about Angiosperms if we do not bear basic knowledge about ‘Angiosperm Taxonomy’. Here we will discuss about some basic informations about Angiosperm Taxonomy that every plant lovers should know:

Achene – A small, dry, one-seeded, indehiscent fruit (one that doesn’t split open), e. g fruit of members of the Asteraceae

Acuminate – The shape of a tip (apex) or base of a leaf or perianth segment where the part tapers gradually and often in a concave manner.

Acute – Evenly narrowed into a point at an angle of less than 90 degrees.
Adnate – Grown together or fused, used only to describe unlike parts. For comparison, connate.

Adventitious – Arising from an unusual or irregular position, such as roots along a stem.

Aggregate flower – Heaped or crowded into a dense cluster.

Aggregate fruit – One formed by the fusion of pistils that were distinct in a single flower (e.g. Rubus, raspberry, blackberry).

Alternate – Arrangement of leaves or parts one at a node, as leaves on a stem. For comparison, opposite or whorled.

Ament – A catkin, or scaly spike.

Angiosperm – Having seeds borne within a pericarp. For comparison, gymnosperm.

Anther – Pollen-bearing part of a stamen, borne at the top of a filament.

Apex – The tip or terminal end.

Apical – Describes the apex or tip.

Apiculate – Ending abruptly in a short pointed tip which is not stiff.

Appressed – Pressed close to or lying flat against, as leaves on a stem or hairs on a leaf.

Auriculate – Having ear-like appendages, as the projections of some leaf and petal bases.

Axil – The angle between a stem and an attached leaf.

Axillary – Borne or carried in the axil.

Bloom – A waxy coating sometimes found on a stem, leaf, flower or fruit surface, usually of a grayish cast and easily removed.

Bract – A much-reduced leaf, often scale-like and usually associated with a flower or inflorescence

Bud scale – A modified leaf or stipule (there may be one, a few, or many) protecting the tissue of the bud.

Bud scale scar – The mark left by the sloughing off of the bud scale.

Bullate -Having a puckered or blistered appearance.

Bundle scar – Seen in the leaf scar, the broken end of the woody vascular strands that connected the leaf to the stem.

Caducous – Falling off very early as compared to similar structures in other plants.

Calyx – The outer whorl of perianth, composed of the sepals, usually green in color and smaller than the inner set.

Ciliate – Marginally fringed with hairs, often minutely so, and then termed “ciliolate.”

Clone – A group of plants, usually derived vegetatively, from one parent plant, identical to each other and to the parent.

Compound leaf – A leaf of two or more leaflets.

Cone – A coniferous reproductive structure, having a number of woody, leathery, or fleshy scales, cach bearing one or more seeds, and attached to a central axis.

Conical – Cone-shaped, as the young form of many spruces.

Cordate – Heart-shaped, with a sinus and rounded tower.

Cotyledon – The primary leaves of the embryo, present in the seed. One of the first leaves to appear after germination (there may be more than 1).

Crenate – Rounded teeth on margin, e.g. leaves of some coleus.

Cultivar – A form of a plant derived from cultivation. Cultivar names are indicated by single quotation marks.

Cuneate – Wedge-shaped with essentially straight sides, the acute angle at the base and the structure attached at the narrow end.

Dehiscent – Splitting open. The term is commonly applied to anthers or seed pods.

Decompound – Having more than one compound.
Dentate – Having sharp, marginal teeth whose apices are perpendicular to the margin.

Determinate – Describes an inflorescence in which the terminal flower blooms first, thereby halting further elongation of the flowering stem. For comparison, indeterminate.

Dimorphic– Having unisexual flowers, each sex confined to a separate plant, said of species.

Drupe – A fleshy, indehiscent fruit whose seed is enclosed in a stony endocarp, e.g. date, cherry

Elliptic-oblong – A shape between the two forms.

Elliptical – Having the outline of an ellipse, broadest at middle and narrower at each end.

Emarginate – With a shallow notch at the apex.

Endocarp – The inner layer of the pericarp. For comparison, exocarp, mesocarp.

Entire – Having a margin without teeth or lobes.

Even-pinnate – Results in a lack of the terminal leaflet, since each one is paired.

Exocarp – Outer layer of the pericarp of a fruit. For comparison, endocarp, mesocarp.

Exfoliate– To peel off in shreds or thin layers, as bark from a tree.

Fruit – Technically a ripened ovary with its adnate parts, the seed-containing unit characteristic of all Angiosperms.

Genus – A group of species possessing fundamental traits in common but differing in other lesser characteristics, a taxonomic grouping of similar species (pl. genera), similar genera are grouped into families.

Glabrous – Not hairy. Note: a glabrous surface need not be smooth, for it may be bullate or rugose.

Glaucous – Covered with a waxy bloom or whitish material that rubs off readily, e.g. the bloom on many sorts of grape

Globose – Having a round or spherical shape.
Grooved – Marked with long narrow furrows or channels.

Gymnosperm – Plant with the ovules borne naked or unprotected, the conifers or cone-bearing plants and their allies. For comparison, angiosperm.

Ilispid – With stiff or bristly hairs.

Imbricated – Overlapping, as shingles on a roof.

Imperfect – A flower that lacks either stamens or pistils.

Incised – Cut by sharp and irregular incisions more or less deeply, but intermediate between toothed and lobed.

Indehiscent – Not opening regularly, as a capsule or anther.

Indeterminate – Describes an inflorescence in which the outer or lower flowers bloom first, allowing an indefinite elongation of the flowering stem. For comparison, determinate.

Indumentum – With a generally heavy covering of hair, a general term without precise connotation.

Inferior – Bencath, below, said of an ovary when situated below the apparent point of attachment of stamens and perianth.

Inflorescence – The arrangement of flowers on the axis.

Involucre – One or more whorls or series of small leaves or bracts that are close underneath a flower or inflorescence.

Lanceolate – Much longer than wide, broadest below the middle and tapering to the apex.

Lateral bud – A bud borne in the axil of a previous season’s leaf.

Leafscar – The mark remaining after the leaf falls off a twig.

Lenticel – A small corky spot on young bark made of loosely packed cells, providing gaseous exchange between the inner tissues and the atmosphere.

Linear-Long and very narrow, as in blades of grass.

Lobe – A projecting part or segment of an organ as in a lobed ovary or stigma; usually a division of a leaf, calyx, or petals cut to about the middle ( i . e, midway between margin and midrib).

Margin – The edge of a leaf.

Marginal – Pertaining to the margin.

Mature – A later phase of growth characterized by flowering, fruiting, and a reduced rate of size increase.

Mesocarp – Middle layer of the pericarp of a fruit. For comparison, endocarp, exocarp.
Milky sap – Whitish in color, often thicker than water.

Monoecious – A species with unisexual flowers, having both male and female flowers on the same plant, e.g. corn.

Mucronate– Abruptly  terminated by a mucro.

Multiple buds – A terminal or lateral bud crowded by many accessory buds.

Multiple fruit – A fruit formed when the pistils of separate flowers form a single structure with a common axis (e. g .Morus, mulberry)

Naked bud – One without scales.

Native – Inherent and original to an area, e.g. pre European influence in the United States..

Needle– The slender leaf of many conifers.

Node – A joint on a stem, represented by point of origin of a leaf or bud. Sometimes represented by a swollen or constricted ring, or by a distinct leaf scar.

Nut – A dry, indehiscent, I-celled. I-seeded fruit having a hard and bony mesocarp. The outermost endocarp may be fibrous or slightly fleshy,

Obscordate – The apex being cordate.

Oblique – Lop-sided, as one side of a leaf base larger, wider or more rounded than the other.

Oblong-lanceolate -a shape in between the two forms.

Oblong-obovate – A shape in between the two forms.
Obovate – Inversely ovate, broadest above the middle.

Opposite – Describing leaves that are situated in pairs at a node along an axis.

Oval – Twice as long as broad, widest at the middle, both ends rounded.

Ovate – Egg-shaped in outline, broadest below the middle.

Ovate-oblong – A combination of the two forms.

Palmate – Digitate, radiating, fan-like from a common point, as in leaflets of a palmately compound leaf or veins or palmately-veined leaf.

Paniele – An indeterminate inflorescence whose primary axis bears branches of pedicelled flowers (at least basally so): a branching raceme.

Pedicel – Stalk of a single flower in an inflorescence.

Peduncle – Stalk of a flower or inflorescence.

Peltate – Having the petiole attached inside the margin, such a leaf is typically shield-shaped.

Perfect – Having both functional stamens and pistils (not imperfect); a unisexual flower.

Perianth – A collective term embracing both the corolla and the calyx.

Pericarp – A term used by some to designate a fruit; technically, the ovary wall.

Pinna – The leaflet of a compound leaf, in ferns, the primary division attached to the main rachis, feather-like.

Pinnate – Compound, with leaflets or pinnae arranged feather-like on either side of a common axis or rachis.

Polygamous – Bearing unisexual and bisexual flowers on the same plant.

Pome – A type of fleshy, indehiscent fruit represented by the apple, pear and related genera, resulting from a compound ovary.

Prickle – An excrescence of bark that is small, weak, and spine-like.

Raceme – A simple indeterminate inflorescence, having a single long axis, with pedicelled flowers.

Rachilla – A diminutive or secondary axis, a branch of a rachis, the minute axis bearing the individual florets in grass and sedge spikelets; the secondary axes of decompound fern fronds.

Rachis – Axis-bearing leaflets or the primary axis of an inflorescence, the axis bearing pinnae of a fern fronds.

Ranked – Foliage is arranged in longitudinal planes around the stem.

Receptacle – A torus; the distal end of a flower-bearing axis, usually more or less enlarged, flattened, or cup-like on which some or all of the flower parts are borne, e.g. Asteraceae, Onagraceae.

Reflexed – Bent abruptly backward or downward.
Reniform – Kidney-shaped or rounded with a notch at the base.

Samara – A dry indehiscent fruit bearing a wing (the wing may be limb-like or envelop the seed and be wafer-like) e.g. Acer, maple, Fraxinus, ash, Prelea, hoptree,

Scar – The mark left from a former attachment.

Sepal – A single segment of a divided calyx.

Sessile – Without a stalk.

Simple – Said of a leaf when not compound, of an inflorescence when unbranched.

Sinuate – With a strongly wavy margin.

Sinus – The space between two lobes, segments, or divisions; as of leaves or perianth parts.

Solitary-Borne singly, not paired or clustered.

Species – A natural group of plants composed of similar individuals which can produce similar offspring; usually including several minor variations.

Spike – A unbranched, elongated, simple, indeterminate inflorescence whose flowers are sessile; the flowers may be congested or remote

Unisexual – Bearing either stamens or pistils but not both.

Valvate -(1) dehiscing by valves: (2) meeting at the edges without overlapping, as leaves or petals in the bud.

Variegated – Striped, margined, or mottled with a color other than green, where green is normal.

Variety – Subdivision of a species having a distinct though often inconspicuous difference, and breeding true to the difference. More generally also refers to clones.

Vascular bundle scar – A minute spot within the leaf scar where the vessels were positioned.

Whorl – Arrangement of three or more structures arising from a single node.

When it comes to something about flowers, we can automatically feel a nice aroma around …