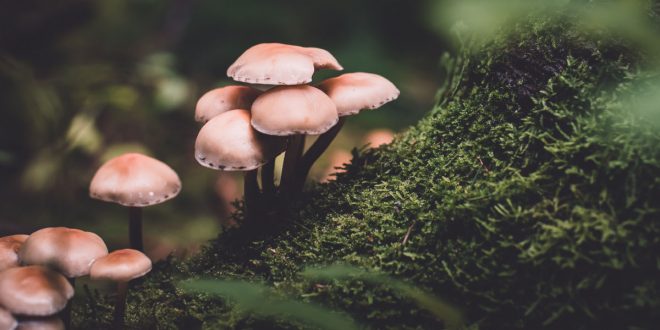 Fungi (singular: fungus) are a kingdom of generally multicellular eukaryotic creatures that are heterotrophic (cannot produce their food) and play essential roles in ecosystem nutrient cycling.

Fungi are a diverse group of creatures that can be found in almost any ecological niche. Fungi number around 1.5 million species. Only roughly 69,000 species have been described so far. Both fungal and fungus are Latin words that may have been derived from the Greek root sphongos, which means “sponge.”

Although the systematic study of fungus is just 250 years old, its manifestations have been recognized for thousands of years. Fungi are one of humanity’s earliest domesticated organisms, producing some of our most pleasant, nutritious, and therapeutically beneficial items.

Alongside all the other benefits and usages of Algae, its economical importance is excelling almost every other affiliation.  So, Fungi’s economic importance is getting strong gravity and high consideration these days. Fungi bear economical and industrial significance in Food Industry,  Biotechnology, Medicine, Agricultural, Biodegradable products, Cosmetic industry,  Farming, Biocontrol agent, Fabric and leather industry, Petroleum industry and the list goes on. However, there are great contrasts to all these contributions. Fungi have also proven to have salient hazardous effects economically.

Over time,there is evidence that people have consumed a variety of fungi as food. In Vera Cruz, even immature fruiting bodies of a plasmodial slime mold are eaten. The growing of mushrooms for food is said to have originated in China as early as 680, although mushroom cultivation in Europe appears to have started in the 1650s in France. It spread to other European countries from there, and by the 1870s, it had most likely reached the United States via England. Since then, commercial mushroom farming has grown to be a very substantial and profitable industry not just in the United States but also in Mexico and Southeast Asia, with global cultivated edible mushroom production estimated to be over 3.7 million metric tons per year. The fact that a variety of mushrooms may be cultivated on inexpensive substrates such as dung, tobacco stems, rice, wheat straw, and sawdust has not gone ignored by diligent and imaginative entrepreneurs. Many growers have focused on Agaricus brunnescens, often known as meadow mushroom, which is the species whose sporophores are most likely to be seen at local grocery shops and heaped high on famous pizza. However, in recent years, several different species are known as shiitake, oyster, enokitate, and straw mushrooms have been professionally farmed and are making their way into the market. For individuals who want to grow their mushrooms, some of these species are also available as mushroom kits. Mushrooms have a lot of nutritional benefits in addition to being delicious.

Fungi have shown to be an enormously important category of organisms in terms of therapeutically relevant compounds, with the most famous group of compounds yet found being the antibacterial drugs known as Penicillin. Penicillin was first commercially produced from the mold Penicilium chrysogenum. The antibacterial characteristics of this mold were discovered by British microbiologist Alexandra Fleming in 1928, and penicillin was developed as the first wonder medicine as a result.

Cephalosporins, generated by Cephalosporium acremonium, are another major category of fungal chemicals related to penicillins. Like penicillins, these chemicals kill bacteria by blocking enzymes involved in wall biosynthesis.

Historically, a variety of fungus, particularly bracket fungal fruiting bodies, have been employed in herbal medicine. Ganoderma lucidam, a wood-rotting fungus, is one example that is still grown for its purported medical benefits. Puff ball spores have also been employed as a styptic in Europe, and this could have been the purpose of those discovered around Hadrian’s Wall in Great Britain since Roman times. Lumberjacks in North America utilized Formitopsis officialis mycelial mats made from rotted wood to halt bleeding from axe wounds.

Fungi are utilized in the manufacture of enzymes, vitamins, polysaccharides, polyhydric alcohols, pigments, lipids, and glycolipids, among other things. Some of these goods are commercially available, while others could be useful in biotechnology. Secondary metabolites produced by fungi are incredibly vital for our health and nutrition, as well as having a significant economic influence. Fungi are particularly beneficial in biotransformation processes, in addition to the various reaction sequences of fermentations. In the creation of single-isomer intermediates, these are becoming increasingly important in the fine-chemical sector. The use of yeasts and other fungi as hosts for recombinant DNA technology has significantly enlarged the market for microbial enzymes. Mutational approaches have been supplemented with molecular alterations as a means of boosting microbial process titers and yields, as well as the development of novel pharmaceuticals. Fungal biology is now a prominent player in the world economy. Furthermore, as more species’ genomes are sequenced at some level (cDNA, whole genomes, expressed sequence tags) and gene and protein arrays become available, the best is yet to come.

Fungi are employed to manage pests biologically. In 1990, the fungus Entomophaga spread suddenly throughout the Eastern United States, killing gypsy moths that were destroying forests. Scientists are looking at using several fungus to kill pests.

Coniothyrium minitans is a fungus that eats fungi that harm soybeans and other bean crops.

To destroy pests hidden inside tree trunks and other hard to reach locations, a foam containing Paecilomycetes fumosoroseus is being utilized as a biological alternative to pesticides.

Fungi have a number of advantages when it comes to ecological research. They are the simplest microorganisms to recognize and identify, making them ideal for both quantitative and qualitative soil research.

The economic importance of two types of root-infecting fungi has tremendously aided the fundamental research of soil fungi. Because mycorrhizal fungi are more efficient at absorbing plant nutrients, notably phosphates, from barren soils than non-infected root systems, they live on and in the roots of their host plants in a symbiotic relationship that benefits both partners. In practically every crop throughout the world, pathogenic root-infecting fungus cause widespread and occasionally severe production losses. Despite this, crop diseases can be used as censors of poor agricultural practices.

Fungi cause a variety of diseases in both animals and plants. Fungi can be exceedingly dangerous and cause death due to their ability to degrade a number of substrates. Downy mildew of grapes, late blight of potatoes (both caused by Oomycota), maize smut, black stem rust of wheat, silly seeding disease of rice, ergot of rye, club root of crucifers, and other plant diseases caused by fungi A wide range of fungus, as well as some Oomycota species, are capable of causing disease in both animals and humans. Fungi produce blastomycosis, coccidiomycosis, histoplasmosis, aspergillosis, cryptococcosus, and candidiasis, all of which can be lethal in some cases. As a result, fungi have a significant impact on human and plant health in many circumstances.

Hundreds of species of fungi exist, all of which are economically significant to humans. They can occasionally have extremely dangerous consequences by infecting crops, household animals, and humans with deadly diseases. Fungi, on the other hand, provides significant economic benefits in the vast majority of cases. If handled properly, they are a raw resource for industries. Their advantageous applications can be demonstrated as a valuable asset. However, research sectors embracing mycology must be formed, and enterprises must collaborate with scientists in order to achieve this.

This is Mashrifa here. I'm a life science fiend who's forever ready to learn and analyze anything concerned with the rhythm of biology.
Previous Bandarban: Where Heaven of Nature Meets Wild Blue Yonder
Next Introduction: Microbiology, Microorganism and Contribution