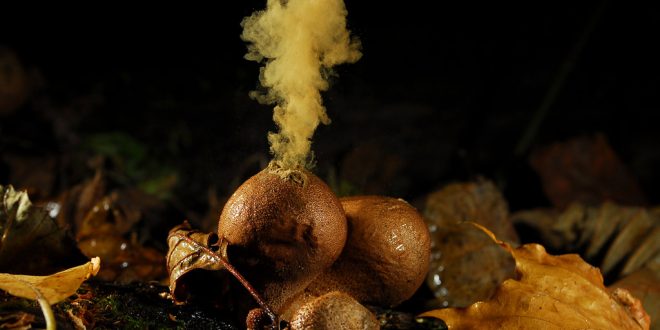 Fungi are microscopic/macroscopic eukaryotic and heterotrophic organisms exhibiting growth on various natural and synthetic substrates and are capable of continuing their function almost indefinitely. Unlike other microorganisms such as algae, fungi lack the chlorophyll necessary for photosynthesis and must therefore live as parasites or saprobes.

About 80 000 to 1,20,000 species of fungi have been described to date, although the total number of species is estimated at around 1.5 million (Hawksworth, 2001; Kirk et al., 2001). This would render fungi one of the least-explored biodiversity resources of our planet.

Reproductive structures in fungi are differentiated from somatic structures and exhibit a variety of forms, on the basis of which we classify the fungi. Few fungi can be identified if their reproductive stages are not available.

Sexual reproduction in fungi as in other living organisms involves the union of two compatible nuclei. It is a method through which fungi create diversity of genetic makeup among themselves. It helps them to adapt to new environments.

Plasmogamy (Gr. plasma = a molded object, i.e., a being + gamos = marriage, union): In this stage, the cytoplasm of two parent mycelia fuse together without the fusion of nuclei, as occurs in higher terrestrial fungi. After plasmogamy occurs, the secondary mycelium forms. The secondary mycelium consists of dikaryotic cells, one nucleus from each of the parent mycelia.

Karyogamy (Gr. karyon = nut, nucleus + gamos = marriage): The fusion of the two nuclei brought together by plasmogamy is called karyogamy and constitutes the second phase of sexual reproduction. Karyogamy follows plasmogamy almost immediately in many of the simpler fungi.

In the more complex fungi, however, these two processes are separated in time and space, with plasmogamy resulting in a binucleate cell containing one nucleus from each parent. Such a pair of nuclei we call a dikaryon (di = two + Gr. karyon = nut). These two nuclei may not fuse until considerably later in the life history of the fungus. Meanwhile, during growth and cell division of the binucleate cell, the dikaryotic condition may be perpetuated from cell to cell by the simultaneous division (conjugate division) of the two closely associated nuclei, and by the separation of the resulting sister nuclei into the two daughter cells.

Meiosis (Gr. meiosis = reduction): Nuclear fusion, which eventually takes place in all sexually reproducing fungi, is sooner or later followed by meiosis, which again reduces the number of chromosomes to the haploid, and which constitutes the third phase of sexual reproduction.

To summarize
plasmogamy brings two haploid nuclei together in one cell; karyogamy unites them into one diploid, zygote nucleus; and meiosis restores the haploid condition in the four nuclei that result from it.

In a true sexual cycle these three processes occur in a regular sequence and usually at specified points.

Haplobiontic: If there is only one free living thallus, haploid or diploid, in the life cycle of a fungus, that life cycle is called haplobiontic (Gr. haploos = single + bios = life).

Diplobiontic: If a. haploid thallus alternates with a diploid, the life cycle is said to be diplobiontic (Gr. diploos = double).

In so far as we know now, only the Oomycetes have a diploid mycelium with the gametes being the only haploid structures in the entire life cycle. Diplobiontic life cycles occur in the water moid Allomyces. in the mosquito parasite Coelomomyces, in some yeasts, and possibly in the Plasmodiophoromycetes.

We have already listed the various methods by which two nuclei are brought together in the same cell as a preliminary condition to nuclear fusion. It is now necessary to say something about sexual compatibility in the fungi.

Although compatibility is certainly closely related to sex because, in a way, it governs sexual reproduction, it should not be confused with sex. There are, for example, a great “Although, strictly speaking, the result would be a heterokaryon, no new genes are introduced in such a situation, many fungi that produce clearly distinguishable male and female sex organs on the same thallus but in which, nevertheless, single individuals are sexually self-sterile because their male organs are incompatible with their female organs and no plasmogamy can take place.

On the basis of sex, most fungi may be classified into three categories:

A. Hermaphroditic or Monoecious Fungi: Some species of fungi produce distinguishable male and female sex organs on each thallus. These species are hermaphroditic (Gr. Hermes = the messenger of the Gods, symbol of the male sex, Aphrodite = the Goddess of  love, symbol of the female sex) or monoecious (Gr. monos = single, one, oikos = dwelling, home). A single thallus of a hermaphroditic species can reproduce sexually by itself, if it is self compatible.

B. Dioecious: Other species consist of male and female thalli, with some thalli producing only male and others only female sex organs. We call such species dioecious (Gr. dis = twice, oikos = home; i.e., the sexes separated into two different individuals). A single thallus of a dioecious species cannot reproduce sexually by itself normally since it is either male or female.

The sex organs of fungi are called gametangia (sing, gametangium; Gr. gametes = husband, angeion = vessel, container). These may form differentiated sex cells called gametes or may contain instead one or more gamete nuclei.

C. Sexually undifferentiated: In this, sexually functional structures are produced that are morphologically indistinguishable as male or female.

Fungi in the above sex categories belong to one or another of the following three groups on the basis of compatibility:

1. Homothallic Fungi: Those in which every thallus is sexually self-fertile and can, therefore, reproduce sexually by itself without the aid of another thallus. Obviously, no dioe- cious fungus can be homothallic. Fungi in this category exhibit no mating types.

2. Heterothallic Fungi. Those in which every thallus is sexually self-sterile, regardless of whether or not it is hermaphroditic, and requires the aid of another compatible thallus of a different mating type for sexual reproduction.

We now list the various methods by which compatible nuclei are brought together in the process of plasmogamy. These methods are often referred to as methods of sexual reproduction. Fungi employ five general methods to bring compatible nuclei together for fusion:

This is simplest type of sexual reproduction. In this process fusion of two gametes of opposite sex or strains takes place where one or both of the fusing gametes are motile (flagellated). It results in the formation of a diploid zygote.

In involves the fusion of entire contents of two gametangia to form a common cell called zygote or zygospore, e.g., Mucor, Rhizopus.

This takes place in fungi where formation of gametes is absent. In such fungi, anastomoses (connection) takes place between hyphae and their somatic cells fuse to produce dikaryotic cells, e.g, Agaricus, Peniophora etc. In simpler terms, the fusion of undifferentiated hyphae or rhizoids take place.

Some fungi produce many minute, spore-like, single-celled structures called spermatia (nonmotile gametes). These structures are transferred through agencies like water, wind and insects to either special receptive hyphae or trichogyne of ascogonium. The contents migrate into receptive structure. Thus dikaryotic condition is established, e.g. Puccinia.

Currently in 4th year (Hons) in the Department of Botany, University of Dhaka. Planned to have multiple careers one by one but promised to be with 'Plantlet' as long as it's primary stage remains unfinished. Email: abulaisshomrat@gmail.com. Minimum monthly resolution - Publish (1), Revise (3), Share (5)
Previous Fungi: Asexual Reproduction & Reproductive Structures
Next Marine Algae & Seaweeds: With Origin of Green Lineage

So much informative. Helped me a lot. Thanks a lot.