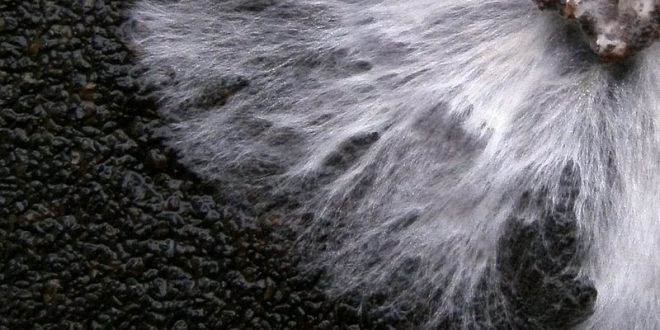 With the invention of the microscope by van Leeuwenhoek in the seventeenth century, the systematic study of fungi began. And the man who deserves the honor of being called the founder of the science of mycology is Pier Antonio Micheli, the Italian botanist who, in 1729, published Nova Plantarum Genera, in which his researches on fungi were included.

But what are fungi? To define the exact limits of the group is virtually impossible, because for the more we study living organisms the more meaningless our attempts become to delimit any particular group. At present, biologists use the term fungus (pl. fungi; Lat. fungus = mushroom from Gr. sphongos = sponge) to include:

eukaryotic, spore-bearing, achlorophyllous organisms that generally reproduce sexually and asexually, and whose usually filamentous, branched somatic structures are typically surrounded by cell walls containing chitin or cellulose, or both of these substances, together with many other complex organic molecules.

This article here is going to focus on two of the phrases of this generalized definition. The first one is ‘filamentous, branched somatic structures’ which is the main theme of the first topic of this article named ‘Vegetative Structures of Fungi’. The second phrase on which we will have a thorough look is ‘reproduce sexually and asexually’ in the second section named ‘Reproduction in Fungi’ of this article.

The fungi constitute a group of living organisms devoid of chlorophyll. They resemble simple plants in that, with few exceptions, they have definite cell walls, they are usually nonmotile, although they may have motile reproductive cells, and they reproduce by means of spores.

Fungi do not possess stems, roots, or leaves, nor have they developed a vascular system, as plants have. So they have a thalloid body. They are usually filamentous and multicellular; their nuclei can be demonstrated with relative ease; their somatic structures, with few exceptions, exhibit little differentiation and practically no division of labor exists.

Hyphae: The fungal thallus typically consists of microscpic threads or filaments that branch in all directions, spreading over or within the substratum utilized for food. Each of these filaments is known as a hypha (pl. hyphae; Gr. hyphe = web). A hypha is made of a thin, transparent, tubular wall filled or lined with a layer of protoplasm varying in thickness.

Septum: The protoplasm in the hyphae of most filamentous fungi (not all) is

interrupted at irregular intervals by partitions or cross-walls that divide each hypha into compartments or cells. The cross-walls are called septa (sing, septum; L. septum = hedge, partition).

Even there had been a traditional classification of fungi, considered unnatural but important for primary identification, which divided the all fungi available into two broad and artificial groups based on the presence or absence of this septum in hyphae.

Mycelium: The mass of hyphae constituting the thallus of a fungus is called the mycelium (pl. mycelia; Gr. mykes = mushroom). So, the mesh of hyphae that we see in agar culture, or in rotten woods and breads are actually altogether a mycelium.

So far, we have learned about the basic vegetative structure of the fungi. Now let’s have a look on some of special structures that develop from normal structures discussed above.

Fungal Tissue (Plectenchyma): During certain stages of the life history of most fungi, the mycelium becomes organized into loosely or compactly woven tissues, as distinguished from the loose hyphae ordinarily composing a thallus. We use the general term plectenchyma (Gr. plekein = to weave,  enchyma = infusion, i.e., a woven tissue) to designate all organized fungal tissues.

Prosenchyma (Gr. pros = toward, enchyma = infusion, i.e., approaching a tissue) is a rather loosely woven tissue in which the component hyphae lie more or less parallel to one another, and their typically elongated cells are easily distinguishable as such.

Pseudoparenchyma (Gr. pseudo = false, parenchyma = a type of plant tissue) consists of closely packed, more or less isodiametric or oval cells resembling the parenchyma cells of vascular plants. In this type of fungal tissue, the hyphae have lost their individuality and are not distinguishable.

Whereas plants and animals form genuine tissues by their ability to perform cell divisions in all directions, fungi are limited by their growth as one-dimensional hyphae. Nonetheless, fungi are capable of producing complex and characteristic multicellular structures which resemble the tissues of other eukaryotes. This must be controlled by the positioning, growth rate and growth direction of individual hyphal branches (Moore, 1994). Further, instead of spacing themselves apart as during invasive growth, hyphae must be made to aggregate (as seen in rhizomorph, haustoria, appressorium etc.).

Fungal hyphae are capable of indefinite growth under favorable conditions. In nature, fungal colonies have been known to continue growing for 400 years or more. It is probable that some mycelia, but not individual cells, are thousands of years old.

The mycelium of a fungus generally begins as a short germ tube emerging from a germinating spore. The mycelium has a tendency to grow more or less equally in all directions from a central point, and to develop a spherical colony.

Conditions for ideal growth of fungi

Rhizomorphs: The mycelium of some fungi forms thick strands. In certain types of such strands—the rhizomorphs (Gr. rhiza = root + morphe = shape)—the unit hyphae lose their individuality and form complex tissues that exhibit a division of labor. The string-like mass has a thick, hard cortex, and a growing tip whose structure reminds us of that of a root tip.

Rhizomorphs are found in only relatively few species and contain highly differentiated tissues. Well-known examples of rhizomorph-forming fungi are provided by Armillaria spp. (Basidiomycota), which are serious parasites of trees and shrubs.

In Armillaria, a central core of larger, thin-walled, elongated cells (medulla of rhizomorph) embedded in mucilage is surrounded by a ring of small, thicker-walled cells (cortex of rhizomorph) which are darkly pigmented due to melanin deposition in their walls. These root-like aggregations are a means for Armillaria to spread underground from one tree root system to another.

Rhizomorphs are resistant to adverse conditions and remain dormant until favorable conditions return. Growth is then resumed, and the rhizomorph attains great length. Rhizomorphs are usually produced by the most complex fungi, the Basidiomycetes, but are also found in other groups.

Haustoria: The mycelium of parasitic fungi grows on the surface of (or more often within) the host, either spreading between the cells or penetrating into them. If the mycelium is intercellular, food is absorbed through the host cell wall or membrane. If the mycelium penetrates into the cells, the hyphal walls come into direct contact with the host protoplasm.

Intercellular hyphae of many fungi, especially of obligate parasites of plants, obtain nourishment through haustoria (sing, haustorium; L. haustor = drinker). Haustoria, which the fungus sinks into the plant host cells through a minute pore punctured in the cell wall, are outgrowths of the somatic hyphae. They are regarded as specialized absorbing organs. Haustoria may be knob-like in shape, elongated, or branched like a miniature root system.

Stroma: Prosenchyma and pseudoparenchyma compose various types of somatic and reproductive structures that many fungi form. Two such somatic structures are the stroma and the sclerotium.

A stroma (pl. stromata; Gr. stro- ma = mattress) is a compact, somatic structure much like a mattress or a cushion, on which or in which fructifications are usually formed.

Sclerotium (pl. sclerotia; Gr. skleros = hard): Sclerotia are pseudoparenchymatous aggregations of hyphae embedded in an extracellular glucan matrix. A hard melanized rind may be present or absent. Sclerotia serve a survival function and contain intrahyphal storage reserves such as polyphosphate, glycogen, protein, and lipid (Willetts & Bullock, 1992). The glucan matrix, too, may be utilized as a carbohydrate source during sclerotium germination (Backhouse & Willetts, 1985).

Appressorium: (Latin ‘apprimere’ means ‘to press against’) An appressorium is a specialized cell typical of many fungal plant pathogens that is used to infect host plants. It is a flattened, hyphal “pressing” organ, from which a minute infection peg grows and enters the host.

Hyphopodium: A specialized hyphal branch, composed of one or two usually lobed cells, serving for attachment to the host and for the absorption of food. It is the characteristic of group Meliolales.

Currently in 4th year (Hons) in the Department of Botany, University of Dhaka. Planned to have multiple careers one by one but promised to be with 'Plantlet' as long as it's primary stage remains unfinished. Email: abulaisshomrat@gmail.com. Minimum monthly resolution - Publish (1), Revise (3), Share (5)
Previous Lower Fungi & Higher Fungi
Next An Overview of Chytridiomycetes

This article really helped me a lot. thanks for sharing with us.