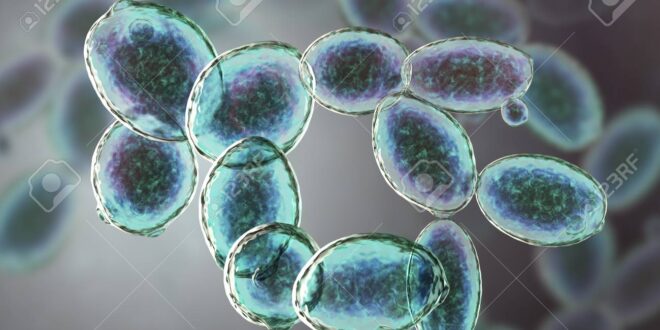 Fungi are considered to be one of the most interesting sets of organisms. Some fulfills the basic necessities such as food, medicine, industrial raw materials and some succumbs the living entities to death.According to legend, three and a half millennia ago, the Greek hero Perseus accidentally assassinated his grandfather Acrisius, whom he was to succeed on the throne of Argos, in order to fulfill an oracle. “When Perseus returned to Argos, ashamed of the homicide’s reputation, he convinced Megapenthes, son of Proetus, to shift kingdoms with him,” Pausanias writes. So, after he obtained the kingdom of Proetus, he created Mycenae because his scabbard cap (mykes) had fallen off there, and he took this as a sign to found a city. Thus, one of the greatest civilizations ever developed the Mycenean may have been named for a legendary mushroom. Derived from the same Greek word, mycology (Gr. mykes = mushroom). Till this day we mistake fungi as those edible mushrooms only. However, there’s a mysterious world of diverse classes and groups of fungi.

Alexopoulos and Mims (1979) classified all fungus, including slime molds, in Kingdom Myceteae Superkingdom Eukuryonta, in accordance with Whittaker and Margulis’ (1978) assertion that the superkingdom is the highest taxonomic rank. According to Alexopoulos and Mims (1979), the kingdom Myceteae includes 3 Divisions, 8 Subdivisions, 11 classes,1 Form-Class, 3Subclasscs and 3 Form Subclasses.They provide a tabulated list of their suggested categories for fungus.

Phagotrophic organisms lack cell walls in their somatic structures. Many biologists classify the creatures in this division as Protista rather than fungus, but they’re included here because mycologists have historically researched them. Includes 2 Subdivisions: Acrasiogymnomycotina & Plasmodiogymnomycotina.

Class Acrasiomycete (Under the sub division Acrasiogymnomycotina):  With the exception of one species, no flagellated cells are produced; an aggregation of myxamoebae precedes the formation of pseudoplasmodia, which have lobose or filose pseudopodia; sporocarps are typically stalked, usually with cellular stalks but occasionally without them; and, when sexual reproduction is known, it occurs through macrocysts.

Class Protosteliomycetes (Under the sub division Plasmodiogymnomycotina): Myxamoebae can create biflagellate cells and can form sporocarps either before or after maturing into Plasmodia. Sexual reproduction is unknown.

Class Myxomycetes (Under the sub division Plasmodiogymnomycotina): The vegetative phase is a free-living plasmodium, i.e. a multinucleate wall-less mass of protoplasm. Myxamoebae or flagellate cells (swarm cells) fuse to create zygotes that grow into plasmodia that exhibit reversible (shuttle) streaming and ultimately give rise to different kinds of sporophores; meiosis in prespores or in spores. The haploid spores are dispersed by wind or insects and, depending on environmental conditions such as moisture. Comprised of 3 subclasses namely Ceratiomyxomycetidae, Myxogastromycetidae & Stemonitomycetidae.

Fungi that have active centrioles during nuclear division, which normally create flagellate cells throughout their life cycle, and which typically absorb nutrients; Soma can be anything from a single cell that develops into a sporangium to a large organism. Asexual reproduction is commonly accomplished by zoospores, but sexual reproduction can take many different forms. filamentous, coenocytic mycelium, occasionally with pseudosepta. Two subdivisions exist. In one, meiosis is zygotic or mciosporangial, while in the other, it is gametangial. Includes 2 Subdivisions: Haplomastigomycotina & Diplomastigomycotina.

Class Chytridiomycetes (Under the Subdivision Haplomastigomycotina): The term “chytrids” is a colloquial term for the fungi listed here. Most chytrids have a single whiplash type posterior flagellum and grow aerobically in muck, soil, or water.Some chytrids are biotrophic parasites of filamentous algae and diatoms and may severely deplete the population of freshwater phytoplankton

Class Hyphochytridiomycetes (Under the Subdivision Haplomastigomycotina): a relatively tiny group of aquatic fungus that have anteriorly uni-flagellate cells that move and have tinsel flagella on each cell.

Class Plasmodiophoromycetes (Under the Subdivision Haplomastigomycotina): Plasmodia are multinucleate, noncellular parasitic fungus that live inside the cells of their hosts and are parasitic fungi.Life cycle is likely diplobiontic. Resting cells (cysts) formed in masses rather than discrete sporophores;

motile cells with two anterior whiplash flagella; nuclear division of the cruciform type at specific stages of the life cycle.

Class Oomycetes (Under the Subdivision Diplomastigomycotina) : Soma is diverse but typically filamentous and consists of a coenocytic, walled mycelium, hyphal wall containing glucans and cellulose, as well as chitin in one order (Leptomitales), zoospores with one whiplash and one tinsel flagellum on each, and oogamous sexual reproduction that produces oospores.

Fungi lack centrioles; many species have spindle pole bodies that function during nuclear division; they produce no motile cells; they are nutrition-absorptive; they range in size from single cells to mycelial with a small or large, septate or aseptate mycelium; they reproduce asexually by budding, fragmentation, sporangiospores, or conidia; they also have haplobiontic haploid life cycles with zygotic meiosis. Includes 4 Subdivisions: Zygomycotina, Ascomycotina, Basidiomycotina & Deuteromycotina.

Class Zygomycetes (Under the Subdivision Zygomycotina): primarily terrestrial saprobes, parasites of plants or animals, or predators of tiny creatures; reproduce asexually by aplanospores carried individually or in groups within sporangial sacs; sexual reproduction by fusing of typically equal gametangia culminating in the creation of a zygosporangium bearing a zygospore.

Class Trichomycetes (Under the Subdivision Zygomycotina): Arthropods’ obligatory symbionts or commensals; a little amount of mycelium made up of branching or unbranched hyphae; asexual reproduction by amoeboid cells, arthospores, or sporangiospores; and sexual reproduction that is unknown despite the development of zygospores in one order.

Class Ascomycetes (Under the Subdivision Ascomycotina): Asci typically form singly, free and naked, or from dikaryotic ascogenous hyphae in irregular or regular clusters, typically in sporocarps; soma are typically mycelial but can occasionally be unicellular; asexual reproduction is primarily accomplished through conidia; sexual reproduction is accomplished through a variety of techniques (ascomata). Composed of 5 Subclasses namely Hemiascomycetidae, Plectomycetidae, Hymenoascomycetidae, Laboulbeniomycetidae & Loculoascomycetidae.

Form-Class Deuteromycetes (Under the Subdivision Deuteromycotina): saprobic, symbiotic, parasitic, or predatory fungus may be unicellular or more frequently have a septate mycelium and produce conidia from a variety of conidiogenous cell types. Sexual reproduction is unknown, however a parasexual cycle may be present. Some species don’t produce any spores at all. Comprises of 3 Form-Subclasses namely Blastomycetidae, Coelomycetidae & Hyphomycetidae.

Many scientists are drawn to them because of their characteristics that differentiate them from other plant lineages. The search for a natural classification of fungi provides information on a variety of topics, such as prior biodiversity history, habitats, survival strategies, and more. It’s crucial to identify them in order to get the most value out of them, keeping in mind how vital fungi are to both our daily lives, medical and industrial use.

A bioscience enthusiast on her way to explore the diversified alleys of lives. Email: Sha0hrin@gmail.com Minimum monthly resolution: publish(1),Share(1)
Previous Terrarium: Your Very Own Ecosystem
Next Riccia: A Common Liverwort

Fungi (singular: fungus) are a kingdom of generally multicellular eukaryotic creatures that are heterotrophic (cannot …