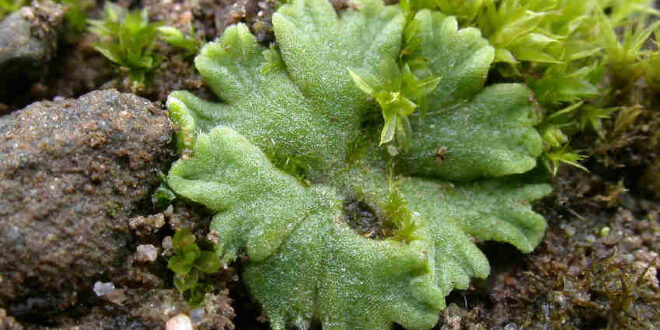 The simplest members of the order Marchiantales are found in the family Ricciaceae. There are roughly 140 species in the family. They fall under the Tesselina, Ricciocarpus, and Riccia genera. There are only one species each for the first two. The genus Riccia encompasses the remainder. The Italian botanist F. F. Ricci is honored by the name Riccia.

Riccia is a typical liverwort in most cases. The family Ricciaceae is the genus with the broadest distribution. Among all bryophytes, the Riccia species is widespread and can be found anywhere. Numerous species can be found in tropical and subtropical areas. They are visible or growing on the ground or a layer of a damp substrate during the rainy season. There are 138 species total, 137 of which are terrestrial, and just one aquatic species, Riccia fluitans.

The external structure of the plant body

Gametophytic thallus is the main plant body of the Riccia. They typically have dichotomous dorsiventral branches. These branches are very near to one another. Aquatic species are light green, whereas all others are deep green. Dichotomously branching thallus assemble to form the rose-like structure- Rosette. Notches, scales, and rhizoids are important thallus parts.

Two separate interior zones are visible in the thallus’ transverse portion under a microscope.

Dorsal zone: A layer with chloroplast which is a photosynthetic zone.

Ventral zone: A colorless parenchyma layer which is a storage region.

The process of metamorphosis of an androcyte mother cell into an antherozoid is called Spermatogenesis. It completes within a few minutes.

Structure of a mature Archegonium:

Archegonium is a flask-shaped body. It is attached to the thallus by a short stalk. It consisted of an elongated stalk and bulbous venter. The neck is 6-9 cells in height. It consists of 6 vertical columns of cells. They enclose a neck canal. There are 4 cover cells at the top of the neck canal. 4 neck canal cells are found within a neck canal before maturity. They disintegrate into mucilaginous mass on the maturation of the archegonium. Venter is the lower bulbous structure of the Archegonium. This has a single-layered wall around it. It is of 12-20 cells in the perimeter. The venter encloses a venter canal cell and a large egg. The venter canal cell disintegrates on the maturity of the archegonium. Thus only the large egg remains.

The neck canal cells, venter canal cells, and cover cells are separated from each other in mature archegonium.

Spore is the beginning of gametophytic generation. It has the following processes

This is Mashrifa here. I'm a life science fiend who's forever ready to learn and analyze anything concerned with the rhythm of biology.
Previous Lower Fungi: Classification of Lower Fungi
Next Heterospory and Seed Habit

Bryophytes: Methods of Creating Their Generations

For studying, researching, and observing plants and plant life, we need to start from the …