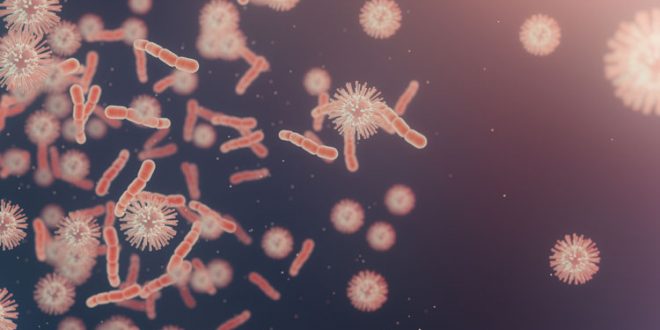 Organisms living together in a community influence each other directly or indirectly under natural conditions. All vital process of living such as growth, nutrition, reproduction required interactions between individuals of same species, or between species which are inter and intra-related. Such relationships of individuals in a population of an ecosystem is called biological interaction.

In this type of interaction, populations help each other. Positive interactions may be one way or reciprocal. The benefits may be in respect of food, shelter etc. It may be continuous, transitory, obligate or facultative. In population, it is generally known as ‘cooperation’.

Different types of positive interactions are:

Protozoas persisted with algae is another type of endosymbiotic relationship or mutualistic relationship. Paramecium, a protozoa can host numerous cells of Chlorella algae within it’s cytoplasm. Details here.

One of the most interesting mutualistic relationships between a protozoan & a bacterium is between Paramecium and Caedibacter endosymbiont, known an kappa particles. Paramecium strains possessing the particles are known as “killer paramecia”. They liberate a substance also known as paramecin into the culture medium that is lethal to Paramecium that do not contain kappa particles. On the other hand, Caedibacter contains cytoplasmic protein inclusions called R bodies which act as a toxin delivery system.

In this type of relationship, one population benefits while the the other remains unaffected.

The word ‘commensalism’ is derived from Latin word “Mensa”. Although commensalism is common between microbial populations but it is not obligatory. Commensalism is unidirectional relationship between two populations where the unaffected population doesn’t get benefit and isn’t negatively affected.

For example, when a population is facultative anaerobic, use oxygen for their metabolic activities, but in lack of oxygen environment, they create a habitat which is suitable for the growth of obligatory anaerobes.

Desulfo vibrio excretes acetate and hydrogen by breakdown of organic matters from anaerobic respiration which is taken by Methanobacterium to produce methane from CO2. It is a commensal relationship.

Amensalism is completely opposite to synergism. Microorganisms that produce toxic substances to competing populations will be known as amensalism. So, when microbial population produces a substance that is inhibitory to other population, this inter population relationship is known called amensalism. The first population may be unaffected by the inhibitory substances or  may gain a competitive edge that is beneficial.

The term antibiosis and allolopathy have been used to describe such cases of chemical inhibition, for examples virucidal factor in sea water and fungistatic factor in soil. Once an organism establishes itself within a habitat, it may prevent other populations from surviving in that habitat. E.g. Penicillium  & Staphylococcus aureus.

The production of lactic acid on fatty acids are inhibitory substances for bacterial population.

In this relationship the population that benefits is the parasite. It derives its nutritional requirements from the host which is harmed. Normally host – parasite relationship is quite specific.

Currently in 4th year (Hons) in the Department of Botany, University of Dhaka. Planned to have multiple careers one by one but promised to be with 'Plantlet' as long as it's primary stage remains unfinished. Email: abulaisshomrat@gmail.com. Minimum monthly resolution - Publish (1), Revise (3), Share (5)
Previous Polysaccharides: The Long Chain of Simple Sugars
Next Rhizosphere & Its Effects