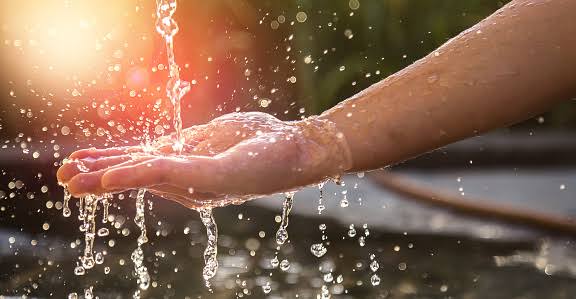 Water pollution is any undesirable changes in physical, chemical and biological characteristics of water that may harmfully affect the life or create a potential health hazard for living organisms. When the pollutant is undesirable microorganisms, the phenomenon is called microbial water pollution.

Through ordinary exposure to air, soil and effluent surface, waters usually acquire harmless, saprobic microorganisms. But along its course, water can pick up pathogenic contaminants and can endanger health and life. The most dangerous form of water pollution is fecal contamination. When the feces and urine of an infected person are discharged, the pathogenic microorganisms in it may get entrance into a water body. Water can be perfectly clear in appearance, yet be contaminated. This contaminated water causes  various water borne diseases such as typhoid, Salmonellosis, Diarrhoea, Cholerae etc.

The microbial content of drinking water must be continuously monitored to ensure that the water is free of infectious agent. Most assays of water purify are more focused on detecting fecal contamination. The test for water purity  in use today are aimed at detecting particular indicator organisms such as Coliform.

In the United States, the usual indicator organisms in freshwater are the Coliform bacteria. The term ‘Coliform’ comes from the word “Colon” or intestine. Coming liforms are defined as aerobic or facultatively anaerobic, Gram-negative, non-endospore forming, rod shaped bacteria that ferment lactose from gas. They reside in the intestine of warm blooded animals. Some Coliforms are not solely enteric bacteria but are more commonly found in plant and soil samples. Basing on bike salt characteristics, they are divided into two groups;

Fecal coliforms can ferment lactose in the presence of of bile salt to produce acid and gas at 44°C. But total coliform does this reaction at 37°C. Fecal coliforms are not themselves pathogenic under normal conditions, although certain strains can cause Diarrhoea and opportunistic urinary tract infections. There are specialized tests to distinguish fecal coliforms from total coliforms. Lactose broth medium is used in the identification of fecal coliforms. Examples of coliform bacteria are; E. coli, Enterobacter, Citrobacter, Hafnia, Klebsiella, Serratia etc.

Regarding coliform bacteria, is thoroughly discussed at 3rd year academic section of Environmental Microbiology under the heading of “Coliform Bacteria: An Indicator of Water Contamination” by Shefa Ahsan.

Criteria for an indicator organism by USEPA

Most Probable Number procedure, detects coliforms by a series of presumptive, confirmatory and completed tests.

The purposes and procedures of these 3 tests will be added soon.

The presumptive test involves fermentation tube containing different amounts of lactose broth. The tubes are inoculated with various size water samples. After 24 hours of incubation, the tubes are evaluated for gas production. A positive test for gas formation is presumptive evidence of coliforms whereas negative for gas means no coliforms. Applying the result to the MPN table will indicate the portable number of cells in 100 ml of the water sample.

My life has always been like Brownian particles with random motions. While my life's been colliding with Plantlet, hope to have perfect momentum for the best outcome.
Previous Microbiology of Milk
Next Microbiology of Food