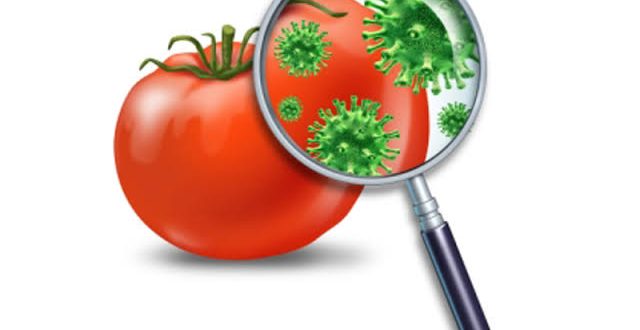 Food is any substance consumed to provide nutritional support for the body. Food contains essential nutrients such as carbohydrates, fats, proteins, vitamins or minerals. Food is ingested by an organism and assimilated by the organisms cells to provide energy, maintain life or stimulate growth.

According to Martin Frobisher, foods are of 4 types;

There is another classification based on stability;

According to Alcamo, food is of 3 types;

Foods that are likely to spoil or decay or become unsafe to consume if not kept refrigerated at 4.4°C or below or frozen at -20°C or below are called perishable food. They have limited shelf life and shelf life can be increased by refrigerating, freezing etc.
E.g.: milk, meat, fish, dairy products, etc.

Semi-perishable foods are foods that do not require immediate refrigeration for any length of storage but they also have limited shelf life, not extending beyond a year as they eventually get spoiled. E.g.: Onion, Potato, Garlic etc.

Non-perishable food items are those with a much longer shelf life and do not require refrigeration. They have lesser water content and do not get spoiled easily. E g.: Cereals, canned products, dried foods etc.

Food spoilage means the original nutritive value, texture, colour, flavor of the food are damaged due to the additives or actions of microorganisms, insects and enzymes which become harmful and unsuitable to eat. It can also be defined as the undesirable changes occurring in food due to the influence of air, light, moisture which foster the growth of microorganisms.

1. Putrefaction: This is the decomposition of organic matter particularly the anaerobic breakdown of protein by bacteria with the production of foul smelling compound. Microbes having proteolytic enzymes i.e. protease, caseinase, gelatinase are responsible for this type of spoilage.

2. Fermentation: This refers to the the breakdown of carbohydrates into acid (lactic), alcohol, carbon dioxide by the action of specific enzymes called ferments, produced by minute organism such as mould, bacteria, yeasts etc.

3. Rancidity: This is the chemical decomposition of fats and oil which result in the production of unpleasant odour and flavours. There are 3 types of rancidity:

Most bacteria grow best at neutral or weakly alkaline pH usually between 6.8- 7.5. Food having neutral pH are more likely for microbial growth. Most bacteria are killed in strong acid or strong alkaline environment.

e.g. Lactenin and anti-coliform factors in milks  and lysozyme in eggs.

The presence and concentration of oxygen have a great effect on microbial growth. Generally, oxygen promotes growth of aerobic and facultatively anaerobic organisms.

Quality of the food must be preserved.

Foods are preserved since primitive time by using various methods. Food preservation is a continuous fight against microorganisms spoiling the food or making it unsafe.

1. Aseptic handling: Food items undergo considerable handling prior to being processed by some specific method of preservation such as canning, freezing or dehydration. Each step in the preparation of a food for its final treatment is a potential source of contamination. So, food items should be handled carefully and aseptically.

3. Low temperature: Temperature approaching 0°C and lower retard the growth and metabolic activities of microorganisms. Generally, foods are stored in the normal refrigerator at 4°C and in deep freezers at -20°C temperature. Regular refrigeration reduces the growth of the most mesophile bacteria by 10 times.

4. Dehydration: One of the reasons of food spoilage is the presence of moisture. The removal of the water by drying in the sun and air or with applied heat causes dehydration of foods. This inhibits the metabolic activity and growth of microorganisms and creates a microbistatic condition. Spray drying is the process used for liquids.

5. Osmotic pressure: Water is withdrawn from microorganisms, placed in solutions containing large amount of dissolved substances such as sugar or salt. The cells are plasmolysed and metabolism is arrested. High osmotic pressure may inhibit microbial growth, but do not kill all organisms.

7. Radiation: UV light of sufficient intensity and time of exposure is microbiocidal to exposed microorganisms. UV irradiation is used to control microorganisms on surface or thin, clear layers of liquid. Ionizing radiations are lethal to microorganisms. Gamma rays and electron beams have been used in food industry.

8. Canning: Canning is the general term applied to the process of packaging a food in a container and subjecting it to a thermal process for the purpose of extending its useful life. In 1810, Nicholas Appert described canning process. An optimal thermal process will destroy pathogenic bacteria, kill or control spoilage organisms present and have me minimal impact on the nutritional and physical qualities of the food.

In the canning process, new food or vegetable is cleaned well and in case of vegetable, blanching is done to avoid undesirable changes. Then, the cans are filled and passed through high temperature. This heating expands the food and drives out most of the air in the can. Then the cans are immediately sealed. The temperature used for canning foods ranges from 100°C fo high acidic food to 121°C for low acidic foods. The most important organisms to be eliminated in canned foods is Clostridium botulinum.

The temperature-time relationship for canning depends on the type of food, its pH, the size of the container, the consistency, or the density of the food.

9. Blanching: Blanching is a cooking process wherein a food, usually a vegetable or fruit, is scalded in boiling water or oil, removed after a brief time interval and finally plunged into icy water or placed under cold running water (shocking or refreshing) to halt the cooking process. Blanching foods helps reduce quality loss over time.

People often use blanching as a pre-treatment prior to the freezing, drying or canning- heating vegetables or fruits to inactivate enzymes, modify texture, remove the peel and wilt tissue. Blanching is also utilized to preserve color, flavor and nutrional value. The process has three stages: preheating, blanching and cooling.

The most common blanching methods for vegetables/fruits are hot water and steam, while cooling is either done cold water or cool air. Other benefits of blanching include removing pesticide residues and decreasing microbial load.

Drawbacks to blanching process can include leaching of water-soluble and heat sensitive nutrients and production of effluents. Blanching is a process used in the home kitchen as well as used as a pre-treatment in the food industry. In both cases, its main purpose is to inactivate enzymes that cause browning as well as texture changes and off-flavors.

Enzymes that cause deterioration in fruits and vegetables include lipoxygenase, polyphenoloxidase, polygalacturonase and chlorophyllase.

Differentiation between Food borne infection and food borne intoxication are as follows;

My life has always been like Brownian particles with random motions. While my life's been colliding with Plantlet, hope to have perfect momentum for the best outcome.
Previous Microbial Water Pollution
Next Measurement of Microbial Growth