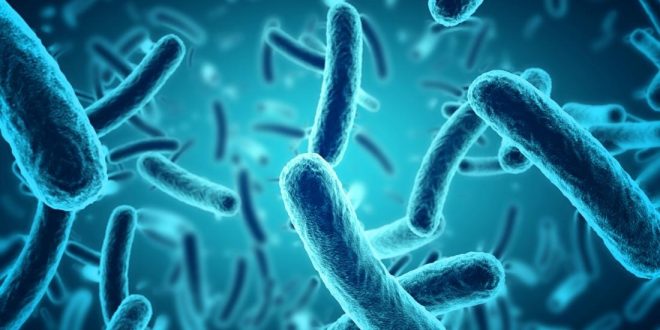 Microbiology in Freshwater and Marine Habitats

Water is the vital element for every living organisms on earth. So, it’s needed to ensure safe access to clean drinking water for all as most of the important bacterial diseases are transmitted through water .

Water microbiology is the study of microorganisms like bacteria, viruses, protozoa, microscopic algae and fungi and their functional activities in water (both in marine and fresh water). 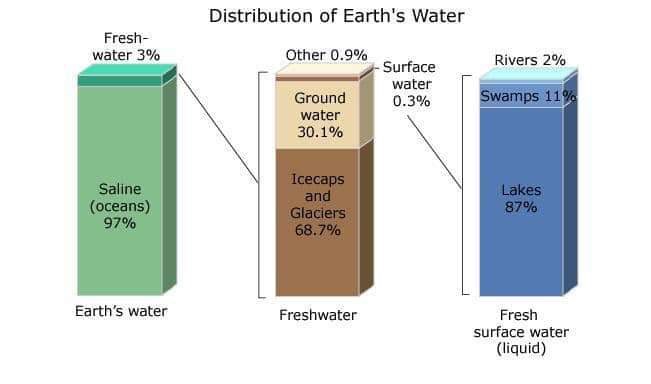 The essentiality of water

Blood in our veins approximates composition of sea water.

Concept of hydrophilic and hydrophobic nature of biological molecules.

These molecules determine shape of biological molecules and thus decide the specificity of all living processes.

Essential for all living organisms Neuston 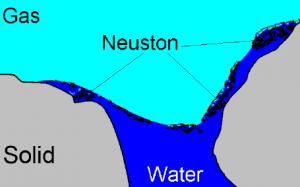 The uppermost layer of the marine ecosphere is the surface tension layer, where the marine ecosphere interfaces with the atmosphere. Pseudomonas various pigmented genera such as Erythrobacter, Erythromicrobium, Protaminobacter and Roseobacter are major bacterial populations. A higher proportion of pleuston bacteria have been reported to utilize carbohydrates than do bacteria in the underlying water.

Photobacterium phosphoreum or Vibrio phosphoreum is a Gram negative bioluminescent bacterium living in symbiosis with marine organisms. It can emit bluish-green light (490nm) due to a chemical reaction between FMN, luciferian and molecular oxygen catalysed by an enzyme called Luciferase. Luciferins are a class of light emitting heterocyclic compounds typically undergo an enzyme catalysed oxidation and the resulting unusable reaction intermediate emits light upon decaying to it’s ground state. 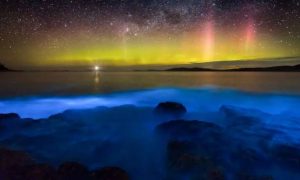 Freshwater habitats are classified based on their chemical and physical properties. Those with standing water, such as lakes and ponds are called lentic habitats and those with running water are called lotic habitats.

Mist microbial and most microscopic organisms in rivers are attached to surfaces such as submerged rocks.

Dissolved nutrients are rapidly absorbed by these attached organisms. Nutrients don’t move with the speed of the current but exhibit a much slower movement. The cycling of nutrients in a river doesn’t occur in place, but rather nutrient cycling involves some downstream transport before a cycle is completed. The path of a nutrient can be viewed as a spiral rather than a cycle, a phenomenon known as nutrient spiraling.

Industrial effluents May also introduce toxic chemicals, such as heavy metals, which may adversely affect microbial activities and survival.

Rivers May receive high amounts of agricultural chemicals through runoff some of which act as a toxicant, adversely affecting microbial activities; others, such as fertilizers, may support uncontrolled proliferation of microorganisms.

The microbial populations of lakes have been much more extensively studied than those of rivers. But rivers by their nature always contain higher proportions of allochthonous microorganisms.

2.They assimilate and reintroduce into the food web dissolved organic matter.

4. They contribute to primary production.

5. They serve as a food source for grazers.

The seawater-air interface is the habitat for the plueston, the marine equivalent of the neuston, which includes bacterial and algal inhabitants.

There are relatively high proportions of proteolytic bacteria in marine habitats as compared to freshwater or soil habitats.

Pseudomonas and various pigmented genera such as Erythrobacter, Erythromicrobium, Protaminobacter and Roseobacter are major bacterial populations.

Populations of primary producers including Cyanobacteria (Trichodesmium), diatoms (Rhizosolenia) and drifting Phaeophyta ( Sargassum) are sometimes found in the pleuston layer.

The most common indicator bacteria for water quality assessment is coliform bacteria (E. coli). They are gram-negative bacteria, non-spore forming and anaerobic. 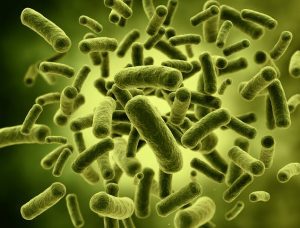 Water microorganisms have great importance in many ways-

• Health of humans and animals may be affected by water microorganisms.

• They provide rich nourishments for the next higher level of aquatic organisms.

Nowadays, water microbiology has emerged as one of the most important areas of applied microbiology.