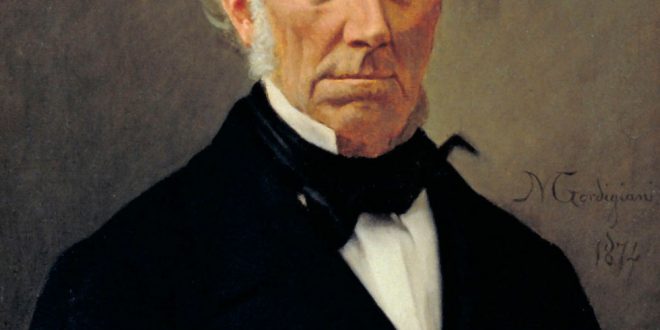 A pollen tube is a tubular structure produced by the male gametophyte (pollen grain) of seed plants when it germinates at the top of the stigma. It’s elongation is an integral stage in the plant life cycle as it brings the sperm nuclei towards the ovule and causes to happen fertilization. 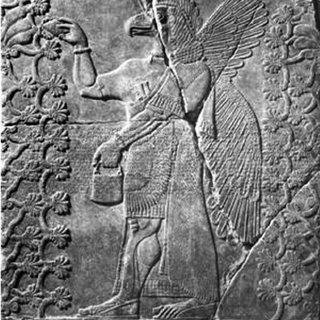 Figure: Ancient historical evidence showed that pollen had to be brushed on the stigma surface as a means to assure seed production. As long as 5000 B.C. both Assyrian priests and Egyptian gods were pictured on ceremonial fertilization of date palms. Source Artificial Pollination in Tree Crop Production.

Giovanni Battista Amici (1824) was an Italian astronomer, a good microscope maker, and a botanist. In 1822, he accidentally found that the stigma of Portulaca oleracea was covered with hairs which contained some granules or particles inside them. Curiosity prompted him to ascertain whether they moved in the same way as the granules he had seen in the cells of Chara. It pleased him to find that they did.

While repeating the observation, he accidentally saw a pollen grain attached to the hair he had under observation. Suddenly the pollen grain split open and sent out a kind of tube or “gut” which grew along the side of the hair and entered the tissues of the stigma. For three hours he kept it under observation and watched the cytoplasmic granules circulate inside it, but eventually, he lost sight of them and could not say whether they returned to the grain, entered the stigma, or dissolved away in some manner.

Amici described the event as

”I happened to observe a hair with a grain of pollen attached to its tip which after some time suddenly exploded and sent out a type of transparent gut. Studying this new organ with attention, I realized that it was a simple tube composed of a subtle membrane, so I was quite surprised to see it filled with small bodies, part of which came out of the grain of pollen and the others which entered after having traveled along the tube or gut.”

Amici’s discovery stimulated the young French botanist Brongniart (1827) to examine a large number of pollinated pistils with a view to understanding the interaction between the pollen and the stigma and the introduction of the fertilizing substance into the ovule. He found the formation of the pollen tubes (he called them spermatic tubules) to be a very frequent occurrence but persuaded himself to believe that, after penetrating the stigma, the tubes burst and discharged their granular contents, which he likened to the spermatozoids of animals and considered to be the active part of the pollen. He thought he saw these “spermatic granules” vibrating down the whole length of the style and entering the placenta and ovule, and he drew a series of figures to illustrate the whole process.

In appreciation of this work, Brongniart was awarded a prize by the Paris Academy of Sciences and recommended for admission to the Academy.


Amici (1830) applied himself once again to the problem, studying Portulaca oleracea, Hibiscus syriacus, and other plants, and wrote a letter to Mirbel in which he put the following question:

“Is the prolific humor (means liquid containing tube) passed out into the interstices (means inside gap) of the transmitting tissue of the style, as Brongniart has seen and drawn it, to be transported afterward to the ovule, or is it that the pollen tubes elongate bit by bit and finally come in contact with the ovules, one tube for each ovule?“

His observations completely ruled out the first alternative, and he definitely concluded in favor of the second.

At about the same time, Robert Brown (1831, 1833) saw pollen grains on the stigmas and pollen tubes in the ovaries of certain orchids and asclepiads (members of Asclepiadaceae) but was uncertain as to whether the tubes were always connected with the pollen grains. He thought instead that, at least in some cases, the tubes arose within the style itself, although possibly they were stimulated to develop in consequence of the pollination of the stigma.

Scientific Papers on This Topic

Currently in 4th year (Hons) in the Department of Botany, University of Dhaka. Planned to have multiple careers one by one but promised to be with 'Plantlet' as long as it's primary stage remains unfinished. Email: abulaisshomrat@gmail.com. Minimum monthly resolution - Publish (1), Revise (3), Share (5)
Previous Chemotaxonomy: Semantides
Next Discovery about the Male, Female Gametophytes & Syngamy