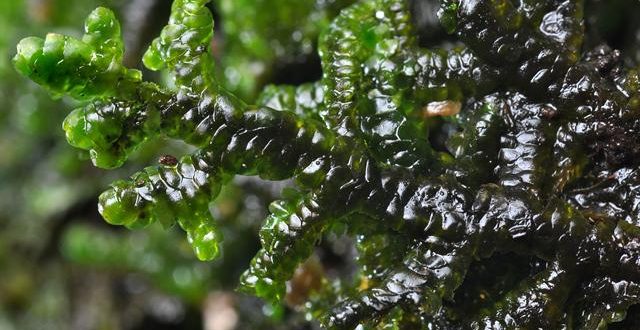 Porella the only genus of the family prellaceae, grows in temperate and tropical regions, mainly in the hills. A total of 184 species have been identified. They grow in moist, shady places, on bark of trees, rocks, etc. It is found everywhere, except in the Artic and Antatic regions. They grow to about 15 cm in height. In most cases the plant is pinnate and dark or black green. The leaves of the plants of this genus are divided into two oval or round lobes. The upper lobe is bigger than the lower lobes, which is smaller or of about the same size as the round or oval underleaves. Leaves act as main absorptive organs whereas the number of rhizoids and cells of stems act as additional absorptive organs. The main function of the rhizoids is to anchor the plant with substratum.

Death And Decay:  The basal older parts of the thallus die and decay. It separates the branches. These branches grow and become independent plant.

Discord Gemmae: These gemmae consist of only one or two cells. They are formed on leaf margin.

Tubers: These are modified special underground  branches. These are formed at the end of growing season. They remain dormant throughout  the unfavorable condition.

Development of antheridium in porella 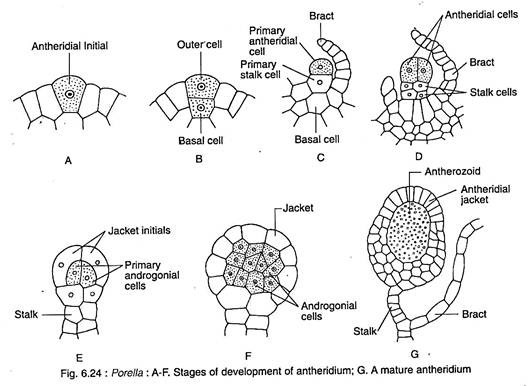 Development of archegnium in porella

The plants are either mono­ecious or dioecious, and the sex organs are borne on short lateral branches together with the bracts.

Each antheridium is borne in the axil of a leaf of an antheridial branch. A mature antheridium is more or less globose with a long stalk. The jacket of the antheridium is one cell in thick­ness except at the apical region. Antherozoids are typically biflagellate and crescent-shaped.

The archegonial branches are shorter than those of the antheridial ones and bear archegonia at their apices in groups. They are surrounded by a rosette of modified enlarged leaves. An archegonium develops from the apical cell, thereby checking further growth of the branch.

A mature archegonium has a broad venter containing a ventral canal cell and an egg. The wall of the venter is more than one cell in thickness. The neck is long and contains 6-8 neck canal cells. Each group of mature archegonia is surrounded by a thin sheath developed from the archegonial branch. This sheath is termed as marsupium.

The gametic union requires the presence of sufficient water. The antherozoids are carried by the current of water near the archegonium, one of which ultimately unites with the egg, thereby, effecting fertilization. With fertilization and formation of oospore, sporophytic or diploid generation begins.

The Sporophyte of  Porella 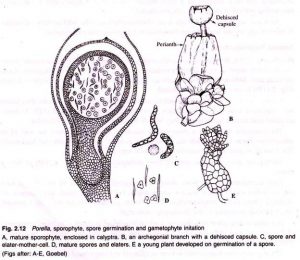 The spores may be brown or golden brown in colour and in many cases, they may be winged. With reduction division and formation of spores, the gameto­phytic or haploid generation begins. The ela­ters may be branched or unbranched.

A mature sporophyte is protected by the marsupium, perianth (formed by the bracts of the archegonium) and the multi-layered calyptra (formed from  the venter).

The mature capsule, prior to dehiscence, is carried up beyond the calyptra, perianth and marsupium by the sudden elongation of the seta. The capsule then splits from apex downwards along the four vertical lines of dehiscence. The dehiscence is mainly due to the hygroscopic movements of the elaters.

The New Gametophyte of Porella 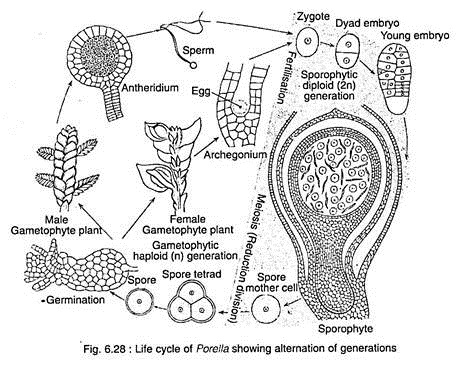 Previous Selaginella: Tale of spikemosses
Next Sphagnum: A Useful Peat 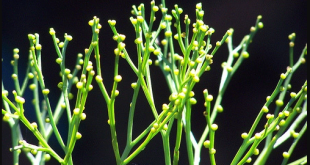 What do you picture when the land of midnight sun, Norway crosses your mind? It …