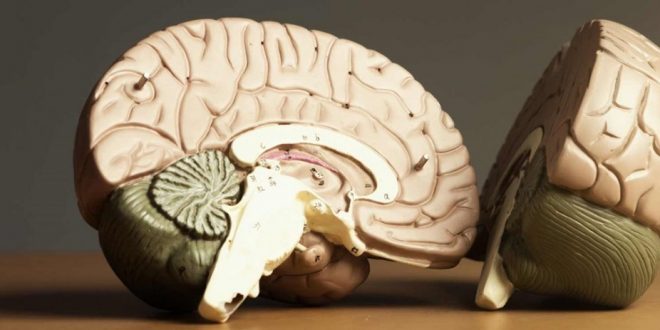 Prion is a term first used to describe the mysterious infectious agent responsible for several neurodegenerative diseases found in mammals,including Creutzfeldt-Jakob diseases(CDJ) in humans. The word itself derives from ‘proteinaceous infectious particle’; It refers to the initially heretical hypothesis is that the infectious agent causing those diseases consists only of protein, with no nucleic acid genome.

Proteins were described as distinct biological molecules and their significance in cellular processes was recognized as early as the 18th century. At the same time, Spanish shepherds observed a disease that compelled their Merino sheep to pathologically scrape against fences, a defining clinical sign that led to the disease being named scrapie. In the late 19th century, Robert Koch published his postulates for defining causative agents of disease. In the early 20th century, pathologists Creutzfeldt and Jakob described a neurodegenerative disease that would later be included with scrapie into a group of diseases known as transmissible spongiform encephalopathies (TSEs). Later that century, mounting evidence compelled a handful of scientists to betray the prevailing biological dogma governing pathogen replication that Watson and Crick so convincingly explained by cracking the genetic code just two decades earlier. Because TSEs seemed to defy these new rules, J.S. Griffith theorized mechanisms by which a pathogenic protein could encipher its own replication blueprint without a genetic code. Stanley Prusiner called this proteinaceous infectious pathogen a prion. In 1982, he published an article in Science demonstrating purification of the scrapie causing agent and he described a protein. Prusiner wrote in the article: “because the novel properties of the scrapie agent distinguish it from viruses, plasmids, and viroids, a new term “prion” was proposed to denote a small proteinaceous infectious particle which is resistant to inactivation by most procedures that modify nucleic acids.” Prusiner’s discovery led to him being awarded the Nobel Prize in 1997.

What is unique about prions?

Proteins that can act in a prion-like manner are referred to as prion proteins or prion-forming proteins, whether or not they are in the prion conformation. A prion is the infectious particle itself, not the proteins that make it up. A prion particle is thought to be composed of one or more amyloid fibers or oligomers, which are themselves composed of prion proteins.

Like other infectious particles, such as bacteria and viruses, prions can spread from one organism to another. Prions exhibit different variants, or strains, each with distinct molecular features and clinical manifestations. But what most fascinates scientists and the public alike is that, in contrast to viruses and all living organisms, prions lack the canonical information-storage molecules—DNA and RNA—yet are still able to copy and transmit biological information.

Prion Diseases and their transmission

Prions cause neurodegenerative disease by aggregating extracellularly within the central nervous system to form plaques known as amyloid, which disrupt the normal tissuestructure. This disruption is characterized by “holes” in the tissue with resultant spongy architecture due to the vacuole formation in the neurons. Prion diseases comprise several conditions. A prion triggers normal proteins in the brain to fold abnormally.Prion diseases can affecr both humans and animals and sometimes spread to humans by infected meat products.The most common form of prion disease that affects humans is Creutzfeldt-Jakob diseases (CDJ)

Prion diseases are rare. About 300 cases are reported each year in the U.S.

Types of prion diseases include

CJD: A person can inherit this condition, in which case it’s called familial CJD. Sporadic CJD, on the other hand, develops suddenly without any known risk factors. Most cases of CJD are sporadic and tend to strike people around age 60. Acquired CJD is caused by exposure to infected tissue during a medical procedure, such as a cornea transplant. Symptoms of CJD (see below) quickly lead to severe disability and death. In most cases, death occurs within a year.

Variably protease-sensitive prionopathy (VPSPr): This is also extremely rare, it is similar to CJD but the protein is less sensitive to digestion. It is more likely to strike people around age 70 who have a family history of dementia.

Kuru: This disease is seen in New Guinea. It’s caused by eating human brain tissue contaminated with infectious prions. Because of increased awareness about the disease and how it is transmitted, kuru is now rare.

Fatal insomnia (FI): Rare hereditary disorder causing difficulty sleeping. There is also a sporadic form of the disease that is not inherited.

Scrapie : A disease of sheeps involving central nervous systems characterized by a lack of coordination causing affected animals to rub Against trees and other objects for support.

It has been recognized that prion diseases can arise in three different ways: acquired, familial, or sporadic. It is often assumed that the diseased form directly interacts with the normal form to make it rearrange its structure.

Current research suggests that the primary method of infection in animals is through ingestion. It is thought that prions may be deposited in the environment through the remains of dead animals and via urine, saliva, and other body fluids. They may then linger in the soil by binding to clay and other minerals.

A University of California research team, led by Nobel Prize winner Stanley Prusiner, has provided evidence for the theory that infection can occur from prions in manure. And, since manure is present in many areas surrounding water reservoirs, as well as used on many crop fields, it raises the possibility of widespread transmission. It was reported in January 2011 that researchers had discovered prions spreading through airborne transmission on aerosol particles, in an animal testing experiment focusing on scrapie infection in laboratory mice.Preliminary evidence supporting the notion that prions can be transmitted through use of urine-derived human menopausal gonadotropin, administered for the treatment of infertility, was published in 2011.

Prions as agents of inheritance

Researchers have found nearly 50 helpful prions in yeast and comparable proteins in humans, suggesting that this dreaded protein type can boost survival and plays a role in evolution.

Prion proteins, best known as the agents of deadly brain disorders like mad cow disease, can help yeast survive hard times and pass the advantageous traits down to their offspring.

This affect of prions in yeasts suggests that prions may not be universally pathogenic and may even act as protein-based elements of inheritance in healthy organisms.

Prions in plants
In 2015, researchers at The University of Texas Health Science Center at Houstonfound that plants can be a vector for prions. When researchers fed hamsters grass that grew on ground where a deer that died with chronic wasting disease (CWD) was buried, the hamsters became ill with CWD, suggesting that prions can bind to plants, which then take them up into the leaf and stem structure, where they can be eaten by herbivores, thus completing the cycle. It is thus possible that there is a progressively accumulating number of prions in the environment.

This is an official account of this website. This ID holds articles from two categories. 1. Articles from our non-authors. 2. Articles of the authors whose IDs were deleted.
Previous Polyploidy: A Game with Chromosome Numbers
Next Evolution of Green Algae: Tetrasporine Trend

Microbiology is a study that studies a biologically varied group of usually small life forms, …