Polyploidy: A Game with Chromosome Numbers

Polyploidy can be of two types. Such as:

Having a chromosome number that is an exact multiple of the haploid number. In humans, the euploid number of chromosomes is 46 (2x).

Aneuploid occurs when one of the chromosomes is present in an abnormal number of copies in a cell. For example a human cell having 45 or 47 chromosomes instead of the usual 46.

a. Numerical
b. Structural 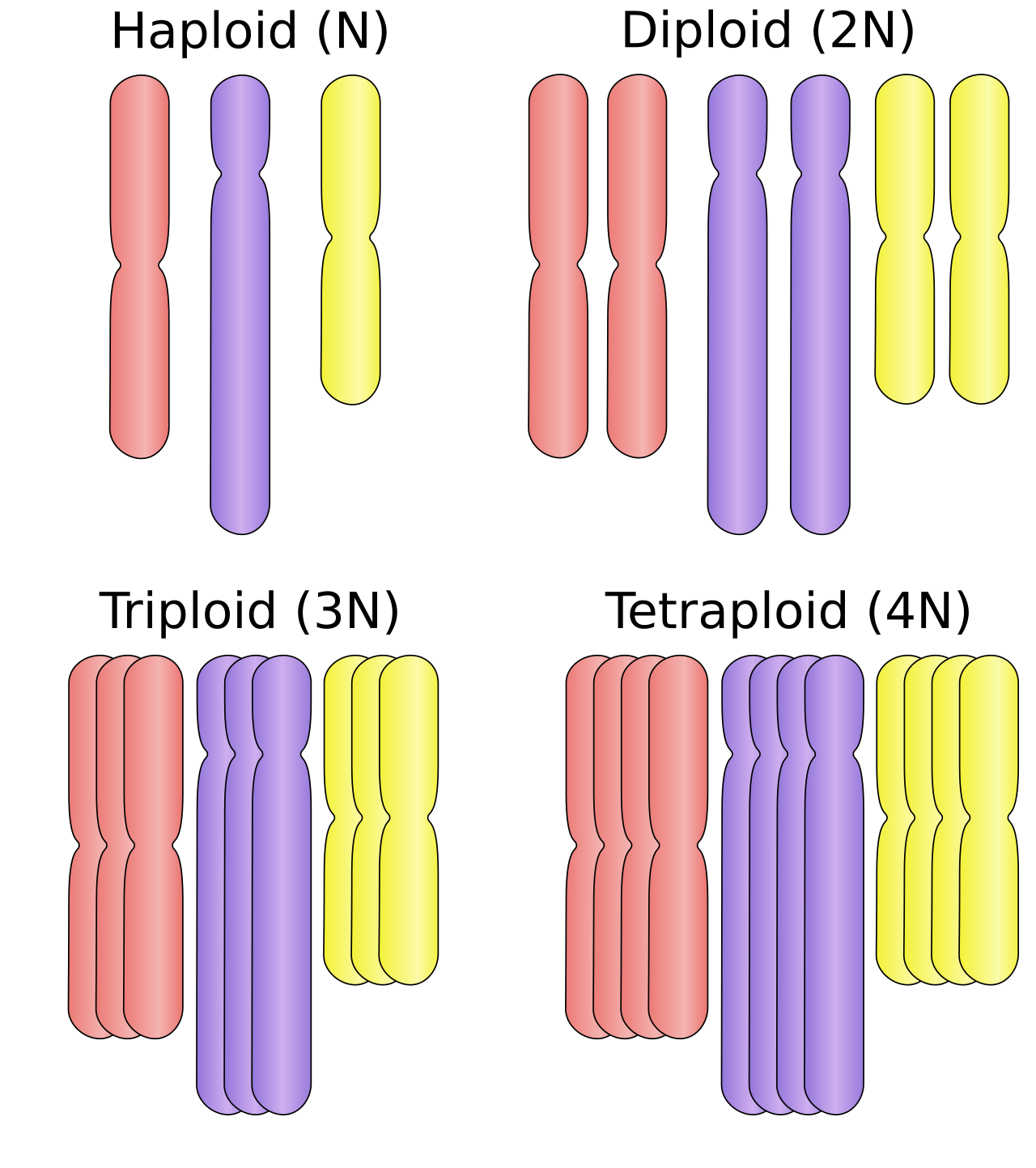 Numerical aneuploidy occurs when an individual either is missing a chromosome from a pair (monosomy) or has more than two chromosomes of a pair (trisomy, tetrasomy).

Structural aneuploidy is the consequence of DNA damage and/or breakage resulting in non-balanced translocations, deletions and/or duplications of large regions of chromosomes. This leads to extensive chromosome rearrangements, which often include:

In nature, many plants are polyploids This is an official account of this website. This ID holds articles from two categories. 1. Articles from our non-authors. 2. Articles of the authors whose IDs were deleted.
Previous Karyotype and Idiogram : A way to provide preliminary idea about Genome
Next Prion: The Mysterious Infectious Agent