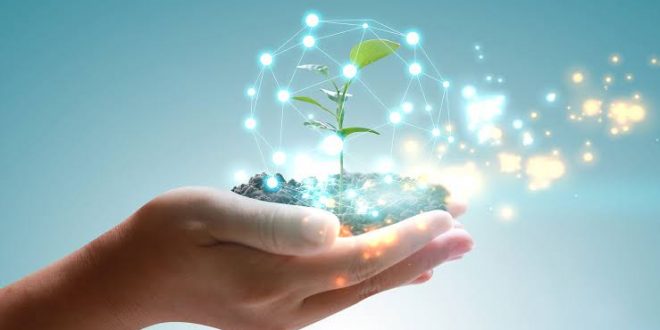 Relationship between plant breeding and other biological sciences

Plant breeding is the science of changing the traits of plants in order to produce desired characteristics. It started with sedentary agriculture and particularly the domestication of the first agricultural plants. The development of plant breeding as a special feild of study has been associated with and dependent upon the growth of other plant sciences. Modern plant breeding is applied in  genetics but its scientific basis is broader,covering cytology,cytogenetics, pathology,entomology,taxonomy, biometrics, plant physiology, microbiology etc.It,as an applied science, can be carried out efficiently only through the application of these sceienes.


In this article relationship between plant breeding and other branches of biology will be discussed briefly.

Genetics deals with the inheritance of characters and laws of heredity while the plant breeding makes use of genetic principles to produce plants that are more useful to humans. This is accomplished by selecting plants found to be economically or aesthetically desirable,first by controlling the mating of selected individuals and then by selecting certain individuals among the progeny. Such processes, repeated over many generations,can change the hereditary makeup value of a plant population far beyond the natural limits of previously existing populations.

Cytogenetic deals with all aspects of chromosomes biology; their morpholgy and structure,their number and their inheritance. The application of cytogenetic approaches to the analysis of the manupulation of both the genetic make-up and the genetic transmission system of plant breeding. The knowlwdge of cytogenetic plays an important role in the analysis and manipulation of breeding material at the chromosomal level for introducing new variation into varieties of crops. Moreover, molecular cytogenetic analysis of the chromosomes of crops is a vital part of understanding their evolution, genetics, gentic recombination and karyotypic stability.

Taxonomy is obviously an auxillary science where it concerns its relations to plant breeding: collecting, ordering and recognition of crossing populations enlarge the possible variation which can be used by the plant breeders. In hybridization different types of crosses i.e- intergeneric and interspecific are made which can be accomplished sucessfully only if one is quite well versed with taxonomical knowledge. Furthermore, in plant breeding improvement, the desired characters are incorporated into a variety. For this the presence of desired character is traced out by studying all the species of that crop, which requires a sound knowledge of taxonomy.

It is the statistics applicable to biological data. It provides a statistical consultation service that contributes to research in areas as biological pest control, crop production, nutrition and breeding analysis programs. In plant breeding, for critical comparison of newly produced vaeieties with local ones, feild trials are needed. Data are obtained from these trials, presented, analysed and interpreted witht the help of biometrical devices.

It deals with all the vital processes going on inside the plant body and effects of environmental factors on them. Traditional plant breeders seek to exploit repeatable (heritable) variations in economic traits, whereas traditional plant physiologists attempt to determine the underlying causes of these repeatable variations. Germination of seed and proper establishment of seedline depends upon various internal and external factors. Knowledge of seed physiology helps in understanding of different physiologcal and morphological changes that occure during germination. Moreover, by having their knowlwdge, in plant breeding the variaties resistant to heat, cold, drought etc are produced.

Plant pathology is a science that studies plant diseases and attempts to improve the chances for survival of plants when they are faced with unfavoural environmental conditions and parasitic microorganisms that cause diseases. In pursuit its goal, plant pathology is joined by the science of entomology and weed science. Plant breeding and plant pathology have long been interdependent, sibling disciplines. Furthermore, plant breeding for disease resistance has always been a central plank in our quest for crop protection. The traditional role of plant breeding can be said to be encapsulate in the work of William Farrer. His success in combining good bread-making qualities with rust resistance (in Wheat) laid in the foundation of Australian grain productity. This was done in the period of 1895 to 1906, prior to the discovery of Mandel, is truely remarkable. The selection of rust-resistance germplasm and lines was entirely phenotypic and was based primarily on selecting early maturing lines that set seed and filled prior major infections. Plant pathology and entomology, besides the studying of diseases and insect pests, the host and parasite relationship. And so, this knowlwdge of host and parasite relationship is utilized in plant breeding for production of  resistance varieties to these enemies.

“No plant is an island too…”Plants, though sessile, have developed a unique strategy to counter biotic and abiotic stresses by symbiotically co-evolving with microorganisms and tapping into their genome for this purpose. Microbe interactions provide opportunities to improve resistance breeding against root diseases in grain legumes- Root and foot disease severely  cultivation worldwide. Breeding lines with resiatance against individual pathogens exist, but these resistance are often overcome by the interaction of multiple pathogens feild situations. It has become clear that plant-associated microbes play a key role in plant health, a systematic picture of how and to what extent plants can be exploited by plant breeders. So, recent work suggests that plant genotype and rhizobial strain specialization related, thus microbiology becomes more partinent.

7.Role of physiology in pulse crop improvement: a plant breeding …

8.(PDF) Plant breeding for disease resistance in the age of effectors

This is an official account of this website. This ID holds articles from two categories. 1. Articles from our non-authors. 2. Articles of the authors whose IDs were deleted.
Previous Author’s citation
Next Soil Horizons Development & Soil Profile