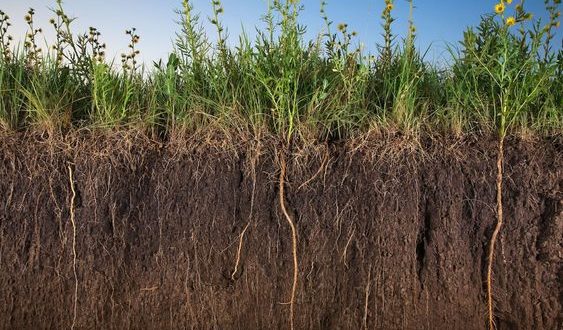 Buffers are aqueous systems that tend to resist changes in pH when small amounts of acid (H+) or (OH–) are added. A buffer system composes of a weak acid (the proton donor) and its conjugate base (the proton acceptor).

A mixture of equal concentrations of acetic acid and acetate ion is an example of a buffer system.

The buffer solutions can be broadly classified into two types. They are acidic and alkaline buffers.

These solutions are used to maintain acidic conditions. Acid buffer has acidic pH and is made by mixing a weak acid and its salt with a strong base.

These buffer solutions are used to maintain basic environments. Basic buffer has a basic pH and is made by mixing a weak base and its salt with strong acid.

In solution, the salt; sodium acetate is completely ionized and the weak acid; acetic acid is partly ionized.

On Addition to Acid and Base

1.If we add a small amount of acid like HCl (strong acid), the protons are released by the acid will be neutralized by the acetate ions to form an acetic acid molecule. This causes the hydrogen ion (H+) concentration to rise by less than the amount desired for the quantity of strong acid added.

2.If we add a small amount of base (NaOH), the hydroxide released by the base will be neutralized by the hydrogen ions to form water. The hydrogen ion concentration neutralizes by less than the amount expected for the quantity of OH- added to the solution. That’s why pH remains unchanged in solution, regardless of solute.

In solution, a buffer made up of the weak base ammonium hydroxide (NH4OH) and Ammonium chloride (NH4Cl). In an aqueous medium, they are dissociated as

On Addition of Acid and Base

1. If we add a small amount of HCl (strong acid) to this buffer system, the protons are released by the acid added to the system are combined with NH4OH to form NH4+. Now, because all the extra H+ ions are locked up, thus pH remains unchanged in solution, regardless of solute.

2. Similarly if we add small amount of NaOH (strong base) to this buffer system, the additional OH- ions of base combine with NH4+ ions to produce undissociated NH4OH molecules. and thus, additional OH- is neutralized without any significant pH change.

Buffering of pH in Soil

Buffering of soils against changes in pH when acid (H2SO4) or base (CaCO3) is added. Most soils are highly buffered at low pH by the hydrolysis and precipitation of aluminum compounds and at high pH by the precipitation and dissociation of calcium carbonate. Most of the buffering at intermediate pH levels (pH 4.5–7.5) is maintained by cation exchange and protonation or deprotonation (gain or loss of H+ ions) of pH-dependent exchange sites on clay and humus colloids. The well-buffered soil (C) would likely have a higher content of organic matter and/or more highly charged clay than the moderately buffered soil (B).

Soils tend to pause the change in the pH of the soil solution when either acid or base is added by neutralizing its effect. This resistance to change is called buffering and can be demonstrated by comparing the titration curves for pure water with those for various soils (Figure).

For soils with intermediate pH levels (5–7), buffering can be explained in terms of the equilibrium that exists among the three principal pools of soil acidity:  active, salt-replaceable, and residual. If just enough base (lime, for example) is applied to neutralize the H+ ions in the soil solution, they are largely replenished as the reactions move to the right, thereby minimizing the change in soil solution pH. Likewise, if the H+ ion concentration of the soil solution is increased (e.g., by organic decay or fertilizer applications) the reactions are forced to the left, consuming most of the added H+ and again decreasing changes of pH in soil solution. Because of the involvement of residual and exchangeable acidity, we can see that soils with higher clay and organic matter contents are likely to be better buffered in this pH range.

If these H+ ions are then neutralized by the addition of small amounts of a base and the aluminium ions in solution are precipitated as Al(OH)3, the equilibrium of the system, hence the pH, will tend to be drifted by the movement of adsorbed aluminium ions to the soil solution. These aluminium ions, in turn, hydrolyze, producing H+ ions, and the pH tends to remain as it was before the addition of the base. As more base is added, then active H+ ions are neutralized.

In order to bring equilibrium, some of the H+ ions held by the clay (potential acidity) will dissociate and cause slight increase in the concentration of H+ ions in the active acidity and thereby causing light changes in pH.

As the process is continued, less and less of the hydrogen tends to ionize during neutralization process and thereby forming a gradual decrease in the active acidity (acidity develops due to concentration of H+ ions in soil solution) with a concomitant increase in soil pH.

On the other hand, if H+ ions are added to the system some of the additional H+ ions will be adsorbed by the clay with the release of other ions. As a result, there will be a little amount increase in the active acidity and a corresponding decrease in soil pH.

So because of the tendency of the soil colloid either to adsorb H+ and Al3+ ions from soil solution or to give up those to the soil solution to maintain the equilibrium, the soil tends to resist sudden changes in pH and that is called to be the buffering action of the soil.

Throughout the entire pH range, reactions that either consume or produce H+ ions provide mechanisms to buffer the soil solution and prevent rapid changes in soil pH. Five principal mechanisms are:

Soil buffering depending on several factors:

Why is Soil pH Buffering Important?

The importance of soil buffering to agriculture is mainly two-fold:

First, buffering tends to ensure some stability in the soil pH, preventing drastic fluctuations that might be brought sufferings to plants, soil microorganisms, and aquatic ecosystems. For example, well-buffered soils resist the acidifying effect of acid rain, preventing the acidification of both the soil and the drainage water. Changes in soil reaction not only have a direct influence on the plants and an indirect influence on soil environment by creating sudden changes in the availability of nutrients. Deficiencies of certain plant nutrients and excess of others in toxic amounts would seriously destruct the nutritional balance in the soil.

Second, buffering influences the amount of amendments, such as lime or sulfur, required to bring about the desired change in soil pH. Soils vary greatly in their buffering capacity. Other things being equal, the higher the CEC of soil, the greater its buffering capacity. This relationship exists because in a soil with a high CEC, more reserve and exchangeable acidity must be neutralized or increased to affect a given change in soil pH. Thus, a clay loam soil containing 6% organic matter and 20% of a 2:1-type clay would be more highly buffered than a sandy loam with 2% organic matter and 10% kaolinite.

currently student of University of Dhaka. I am on my B.S Honours 2nd Year at Department of Botany. I've always been passionate about learning new things about plants and want to know more and more. Plantlet is such an opportunity to expand my horizons while doing something I love. Email: shajneenshoily@gmail.com Minimum Monthly Resolution - Publish (1) , Revise(1) , share (2)
Previous Soil Reaction: Soil pH, Sources of H+ & OH- Ions
Next Photoperiodism: Flowering in Plants (Part I)

Very much Interesting. Loved it a lot 💙 .

Thank you that you liked it﻿