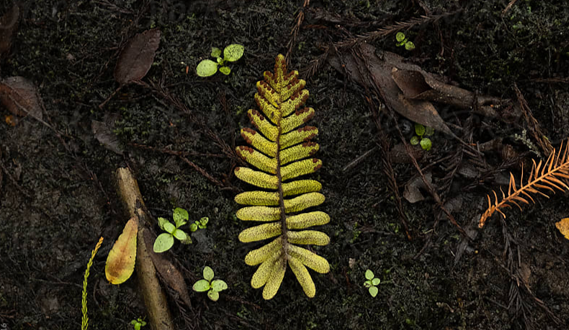 In soil, there may be found 3 types of reactions. They are neutral, alkaline, or acidic reactions. The measure of the chemical reaction of soil(degree of alkalinity or acidity) is expressed by its pH value.

Classification of Soil on the basis of pH value

The USDA classification of soils on the basis of soil pH is given below:


Soils having a pH of more than 7.0 are called alkaline soils.

Prove that the ionic product of water is 10-14

We know, Water is a poor conductor of electricity. In 107 (10 million) liters of pure water, only one molecule of water remains in dissociated state in following manner:

Now, according to the law of mass action, the equilibrium constant for this ionization can be written as,

Explain: pH Scale runs between 0 and 14

We know, water is a poor conductor of electricity. In 107 (10 million) litres of pure water, only one molecule of water remains in dissociated state in following manner:

Now, according to the law of mass action, the equilibrium constant for this ionization can be written as,

We know, HCl acid is a strong acid, and thus it can get completely ionized.

Now, if 1N HCl is added to 1L solution, then the concentration of H+ is 1 mole/L

Similarly, for the strong base NaOH, when 1N NaOH is added to a 1L solution,

Now, if we add further acid or base, these will remain in an undissociated state and thus will not affect the pH scale.

For this reason, the pH scale varies from 0 to 14.

Q.1. Calculate the pH and OH–  concentration of a solution containing H+ of 10-4 moles/L .

Sources of Hydrogen Ions in Soil

The humic and fulvic acids of humus are sources of hydrogen ions because they contain carboxylic(-COOH) and phenolic (R-OH) groups, and thus dissociation reactions involving humus act as an important source of H+ ions in soil.

1.2 Production of CO2 during decomposition of organic matter

Perhaps, the most important contributor of soil acidity is the formation of and subsequent dissociation of H+ ions from carbonic acid. This weak acid is formed when CO2 from soil air dissolves in water. Root respiration and decomposition of organic matter by microorganisms produce high levels of CO2 in soil air.

1.2 Humus reacts with Fe and Al ions and forms complexes which may undergo hydrolysis to give H+ ions

The absorbed Al is in equilibrium with Al3+ ions in the soil solution and Al3+ ions contribute to soil acidity though their tendency to hydrolyze.

The aluminium ions then get hydrolyzed to aluminium hydroxy ions.

The H+ ions thus released lower the pH of soil solution and are major sources of H+ ions in most acid soils.

Principally, these are oxides of iron and aluminium. They may occur as-

Under acid conditions, these oxides may be brought into solution and undergo stepwise hydrolysis with the release of H+ ions.

Salts may be either acidic, neutral, or basic originating from fertilizers, mineralization of organic matter, or weathering of minerals. These salts release H+ ions upon dissolution and thus act its source.

The decomposition of plant residues commonly involves the oxidation of organic – S to yield H2SO4.

Another important source of this strong acid is the oxidation of reduced sulfur in minerals such as pyrite in acid-sulfate soils.

These reactions are responsible for producing large amounts of acidity in certain soils in which reduced sulfur is plentiful and oxygen levels are increased by drainage or excavation.

Plants maintain a balance between the positive and negative charges on the ions they take up from the soil solution. For every positive charge taken as a cation, a root maintains the charge balance either by taking up a negative charge as an anion or by exuding a positive charge as a different cation. When they take up far more of certain cations (e.g., K+, NH4+, Ca2+) than anions (e.g., NO3–, SO42- ), plants usually exude H+ ions into the soil solution to maintain charge balance.

Precipitation (rain, snow, fog, dust, etc.) contains various acids that contribute H+ ions to the soil receiving the precipitation. As raindrops fall through unpolluted air, they dissolve CO2 and form enough carbonic acid to lower the pH of soil water from 7.0 to about 5.6.

Unlike carbonic acid, these strong acids completely dissociate to form H+, SO42- and NO3– ions.

Sources of Hydroxyl Ions in Soil

The metallic cations, such as Ca2+, Mg2+, and K+ also have a more direct effect on the hydroxyl (OH–) ion concentration of the soil solution. A definite alkaline reaction results from the hydrolysis of colloids saturated with these cations. Under natural conditions, the reactions to furnish H+ ions and OH– ions to the soil solution occur at the same time. The pH of the soil solution will depend upon the relative amounts of adsorbed metallic cations compared to H+ and Al3+ ions. That is, where the effects of H+ and Al3+ ions are dominant, acidity results, and somewhere excess bases yield alkalinity.

3. Lowering of pH induces activation of basic groups by induced acceptance of proton which in turn induces adsorbed OH– ions and its subsequent by salt.

5. Hydrolysis of salts of strong bases and weak acids:

Hydrolysis of salts of strong bases and weak acids produces bases, which in turn give OH– ions in soil solution. It generally occurs in arid region soils.

The weathering of many primary minerals affects to alkalinity. This is the result of consumption of H+ and the production of OH–. For example, the hydrolysis of anorthite, (calcium feldspar), generates a moderately strong base:

In the reaction, an aluminosilicate clay mineral was formed together with the moderately strong base, calcium hydroxide. The net effect is basic. The generalized weathering reaction, in which M means metal ions such as Ca, Mg, K, or Na, is

As long as a soil system remains calcareous, hydrolysis of carbonate dominates the system and results in a pH that ranges from 7.5 to 8.3 or more. Mineral weathering is very little amount under these cases, and the mineralogy and pH of the soils change minor, if at all, with time.

currently student of University of Dhaka. I am on my B.S Honours 2nd Year at Department of Botany. I've always been passionate about learning new things about plants and want to know more and more. Plantlet is such an opportunity to expand my horizons while doing something I love. Email: shajneenshoily@gmail.com Minimum Monthly Resolution - Publish (1) , Revise(1) , share (2)
Previous Soil Reaction: Importance & Factors Affecting Soil pH
Next Soil Buffering: Mechanism of Buffering Action & Importance

Nice to read. I collect a lot of infos about soil pH here. Thanks

That’s great. Thanks for your feedback