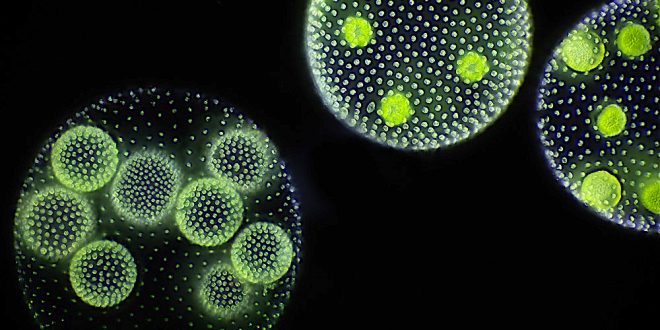 The Classification of Algae: Comparing Three Schools of Thought

Algae refers to a heteromorphic group of organisms which are capable of doing photosynthesis as they contain chlorophyll as their primary pigment and lack a sterile covering around their reproductive cells. The members are grouped together as they share some common characteristics. However, they are not necessarily closely related in evolution perspective. It is really fascinating that an apparently simple group of organisms like algae possesses such diverse nature in both morphological and physio-chemical characteristics.

Often the phycologists become puzzled as they start defining the term algae. It is so diverse that putting all the common characters to define algae in a single sentence is almost an impossible task. To support such claim, we can recall two world famous phycologists’ statement: “Sometimes even the professional botanists and biologists find algae embarrassingly elusive of definition” (Bold and Wynne).

However, today we are going to compare three classifications as proposed by:

The Greek word for algae is ”phykos” and according to International Code of Botanical Nomenclature (ICBN), a group of algae should necessarily be incorporated by the word ”phykos”. Because of such incorporation, the words such as Chlorophyceae, Phaeophyceae and Rhodophyceae (phyceae derived from phykos) indicate an idea of their relationship with algae.
The ICBN (Lanjouw, 1956) has recommended the following suffixes for the different categories of algae:

The history of classification of algae dates back to Carolous Linnaeous, who first classified plants into 25 classes based on “sexual system” considering the number of stamens and carpels in their flowers. Out of his 25 classes, in “Cryptogamia” which contains plants with “concealed reproductive organs”, Linnaeus proposed 14 algal genera of which only 4, Conferva, Ulva, Fucus and Chara are now considered as algae (Dixon 1973 ).

Classification is the systematic grouping of organisms into categories on the basis of relationships between them, where the relationship can be either evolutionary or structural.

In case of classifying algae, the taxonomists consider rarely one, and generally a combination of a few or more of the following characters.

Regarding the algal classification, there are three schools of thought:

Supporters of the first view classified algae into divisions as they considered:

Algae is itself equivalent to a division, and therefore it can only be further divided into classes (i.e. phyceae) and not into divisions (i.e. phyta). So in this school of thought there is no word like ”phyta”.

As the following characters are common in all algae, Fritsch and his followers are disinclined to form any divisions rather considered Algae itself as a division.

Whereas the above two classifications were proposed basing on some physical and chemical characteristics of algae, there is a third classification as proposed by Robert Edward Lee based on the evolutionary features. This is the most modern classification scheme of algae.

The basis of classification also includes-

Bold and Wynne (1985) recognized ten divisions of algae retaining the nomenclature given by Papenfuss (1946), except for blue-green algae. They considered Cyanophyceae as a division and called it Cyanochloronta where as Papenfuss had included it in phylum Schizophyta as a class.

Divisions as proposed by Bold and Wynne.

Fritsch (1935, 1945 and his followers) opined that algae is itself equivalent to a division, and therefore it can only be divided into classes (=phyceae). So there is no word like phyta (e.g. Chlorophyta, Rhodophyta etc.) in classification proposed by him and his followers. There are in total eleven classes in Fritsch’s classification.

He was the first phycologist who suggested a most comprehensive and authoritative classification of algae in his book ”The Structure and The Reproduction of The Algae”.

Eleven classes as proposed by Fritsch:

The classes are based on

Robert Edward Lee divided the algae based on evolution and formed 4 evolutionary groups of algae which are further divided into 15 phyta (=divisions):

The following table provides a useful scheme of the differences among the three schools of thought which may come handy while studying the three classifications together.

N.B: Our team is working on the differences. We will add more of them shortly.

The above discussion avouches (=certify) well that the science of classification is a complicated one and in case of algae it has reached its apogee (=highest point). Besides, we believe the more detailed study on algae would give rise to more accurate (or inaccurate?) classifications.

This article will be incomplete if the author doesn’t quote the words of Prescott (1969) about the complexity of classification schemes:

…..ideas concerning classification systems continually vary as more and more facts are disclosed which require modifications of the previous concepts. Further, we may come to realize that as long as there are three men on the earth, there will be at least two different interpretations of the facts, possibly three, and we may find that none of them is correct…

Currently in 4th year (Hons) in the Department of Botany, University of Dhaka. Planned to have multiple careers one by one but promised to be with 'Plantlet' as long as it's primary stage remains unfinished. Email: abulaisshomrat@gmail.com. Minimum monthly resolution - Publish (1), Revise (3), Share (5)
Next DNA: The Genetic Material