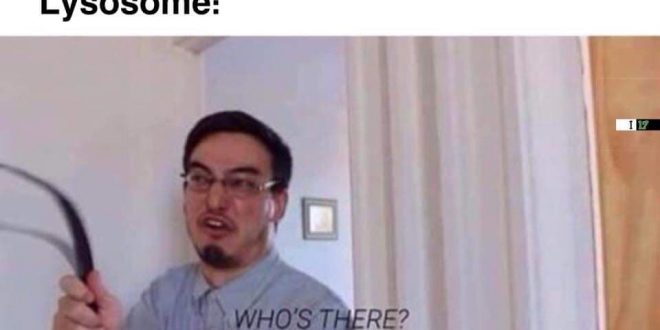 The Fun in Biology: Learning through Memes

Ever wondered how your body deals with the harmful pathogens inside you? Yes? No? No matter what your answer is, if you are a student of science you should already know a little bit about this topic because you were forced to learn about it for your exams. Was it fun memorizing them? Well, it was a really fun topic for me to study. How? Because biology is actually fun.

Most of our honorable teachers tell us to visualize the topics instead of gulping down notes without understanding a thing, Which I totally agree on. And my way of visualizing did not only help me pass the exams but also made biology really interesting to me. In this article I’ll be sharing some basic biological knowledge along with…. you have already read the title, MEMES.

if you are reading this you are already old enough to have the immunity to destroy some harmless Staphylococcus. 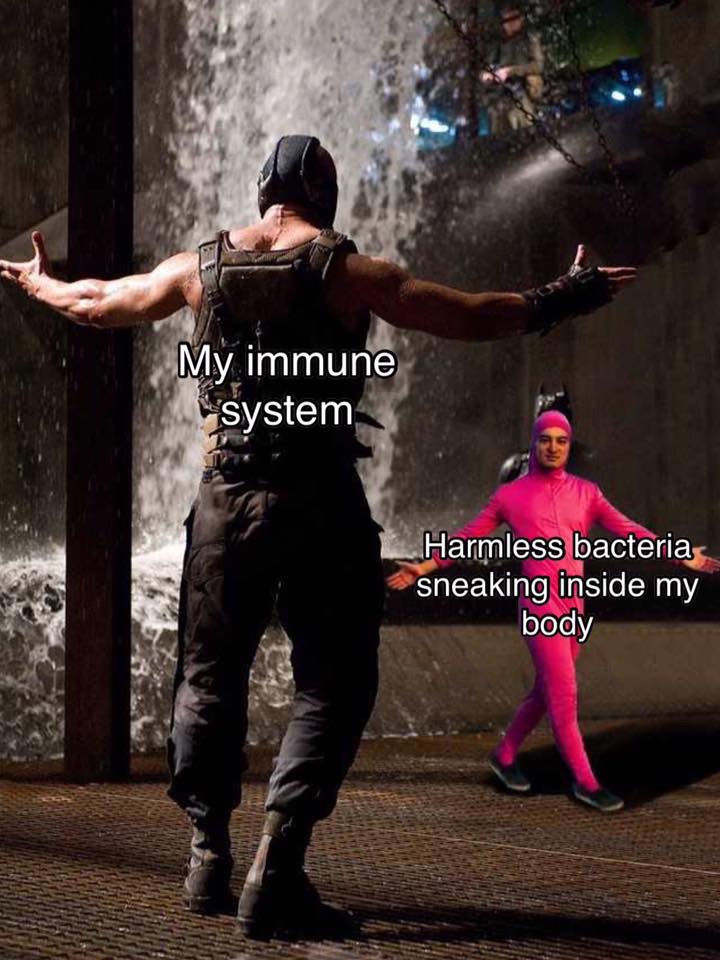 White blood cells are an important part of our immune system as they act like police, hugs the pathogens tight and devour them. 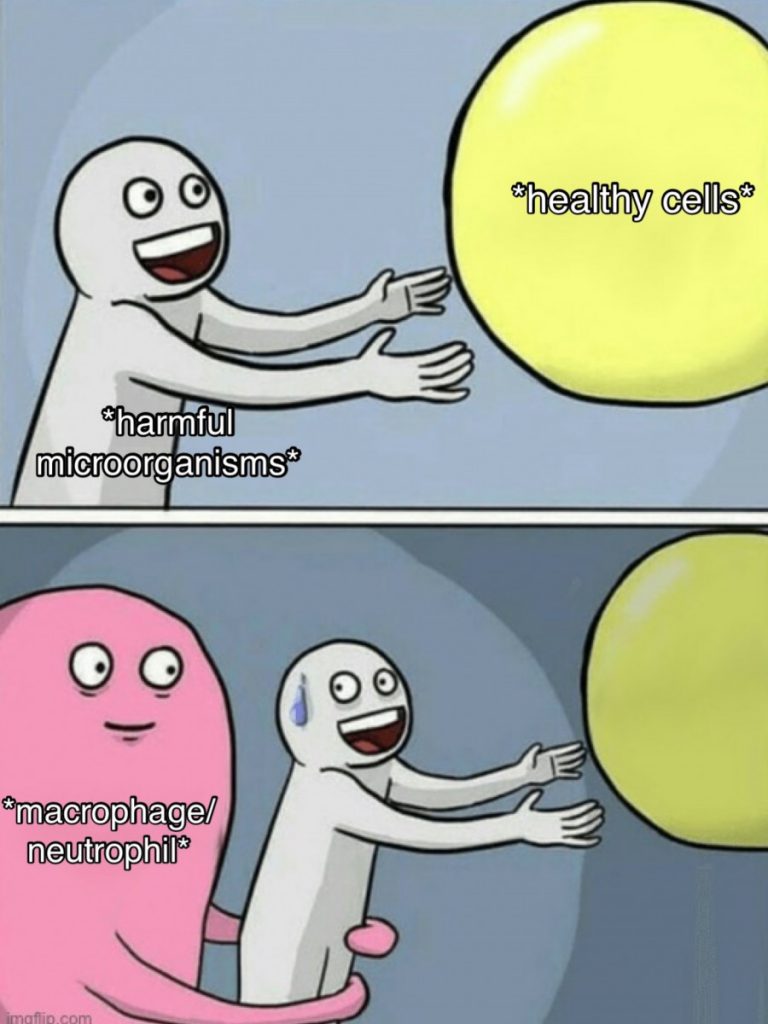 Speaking of police and white blood cells, In cinemas, you always see the police arriving late at the crime scene and the protagonist has already done all their work. White blood cells don’t do that. Traffic jam is non-existent to them. They can go through tiny blood vessels to reach the inflaming tissues in no time. 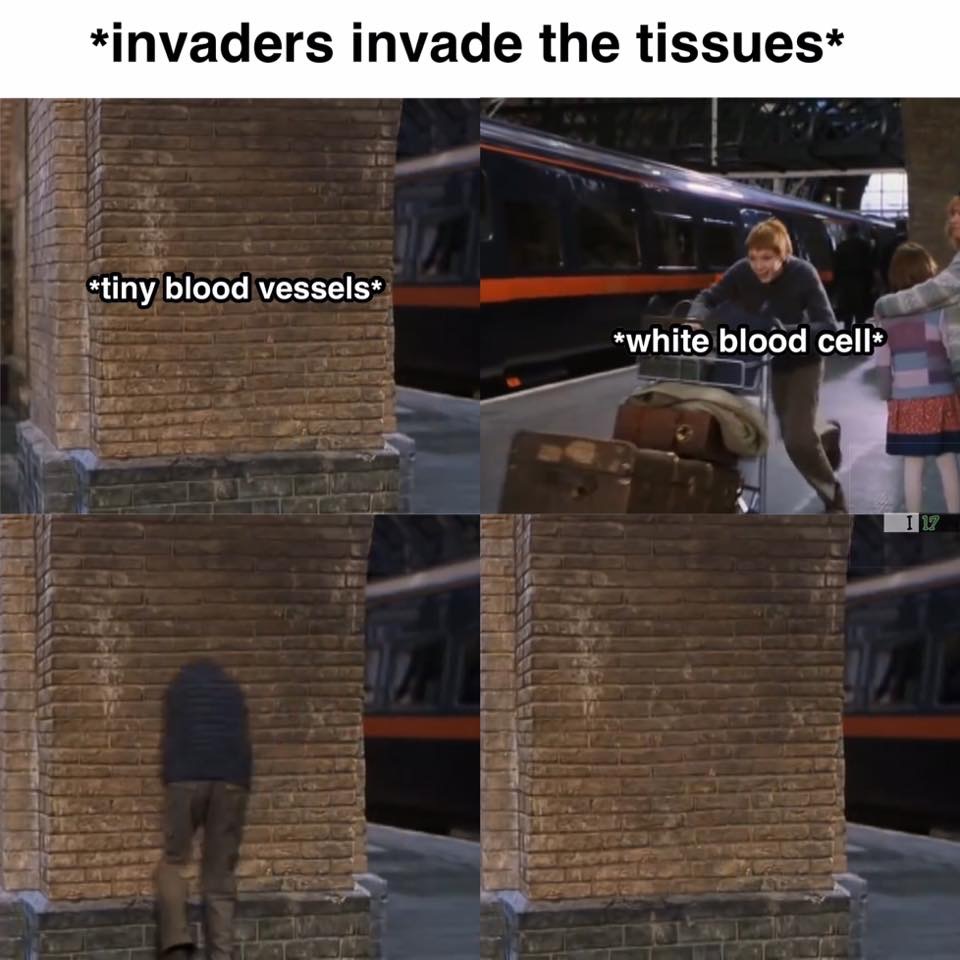 What if something actually goes through all the security system and enters the cell?  Kids these days act suicidal for no reason and here our cells have suicidal bags standby for emergency purposes. Lysosomes!
(Point to be noted : Macrophages also contain lysosomes in them) 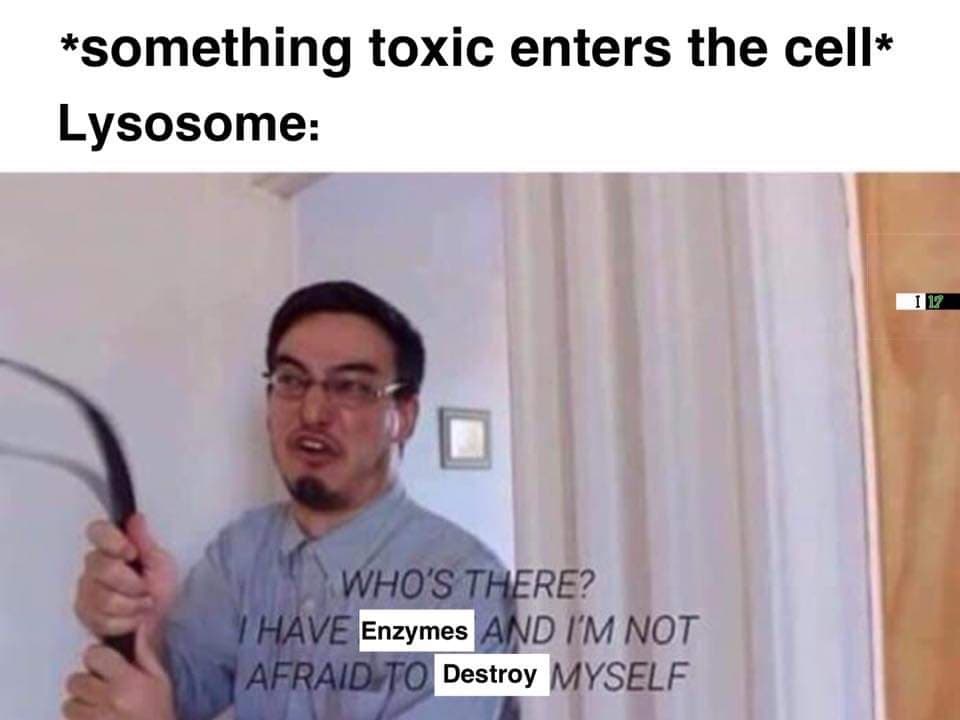 Let’s not forget about the best supporting character of the whole immune system. 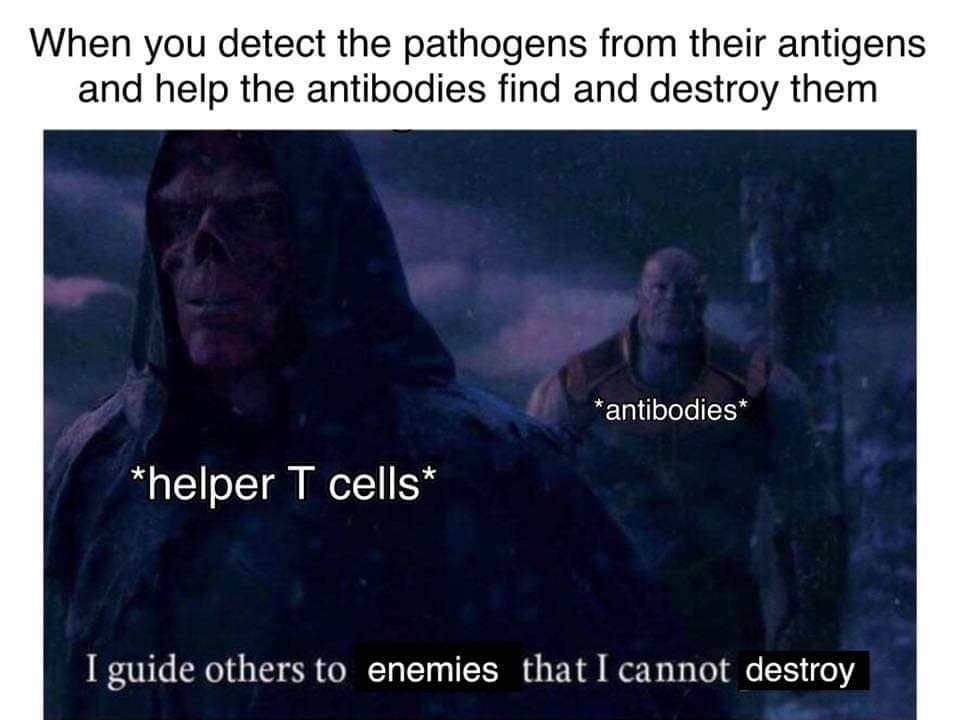 Enough talk about immunity. As a student of Botany myself, I should write a little about plants . As students of a particular department, we must own and learn to love the subject first. After owning the subject phase, comes the hardest phase of a Botanist….. 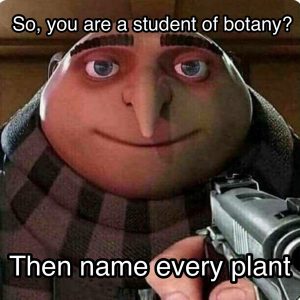 In terms of both zoology and botany, taxonomy is believed to be one of the hardest topics as one has to remember so many names and classify so many organisms in order. Let’s talk about on the definition of taxonomy first. Because many of us has either forgotten or doesn’t know what taxonomy is. According to my friend “taxonomy is the importance of tax in our economy”.

“A branch of biology that encompasses description, identification, nomenclature and classification”

Kingdom>Phylum>Class>Order>Family>Genus>Species
think before inviting a taxonomist and his family instead of his species in any program. 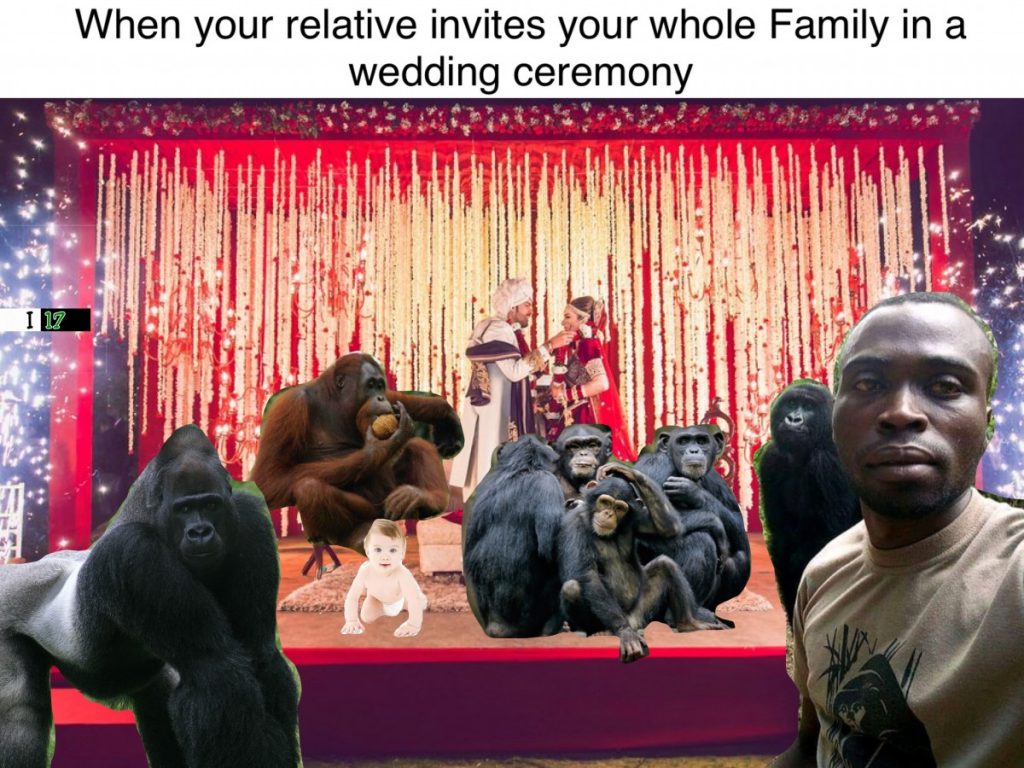 Sometimes these nomenclatures make you laugh and sometimes make you think about your existence twice.

Naja naja and Loa loa is a mutual friend . 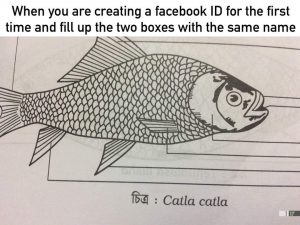 Glucose is basically the main food for plants (glycogen for Fungi). You know the about the typical Photosynthesis process. First, trees need water which gets supplied from root to leaves through xylem tissue and afterwards the freshly baked Glucose is supplied throughout the whole tree through Phloem tissue . 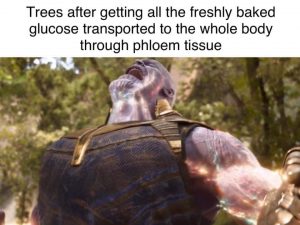 Trees can be of different types based on their habits and habitats. Each have their own special characteristics which are not seen in others. such as Zerophytes, Hydrophytes and Halophytes etc. Halophytes are the type of plants that grow on mangrove areas. The soil is very salty and as a result these trees have metamorphosed their roots into Aerial roots which are known as Pneumatophores. they absorb vapor and Oxygen from the air through their aerial roots. 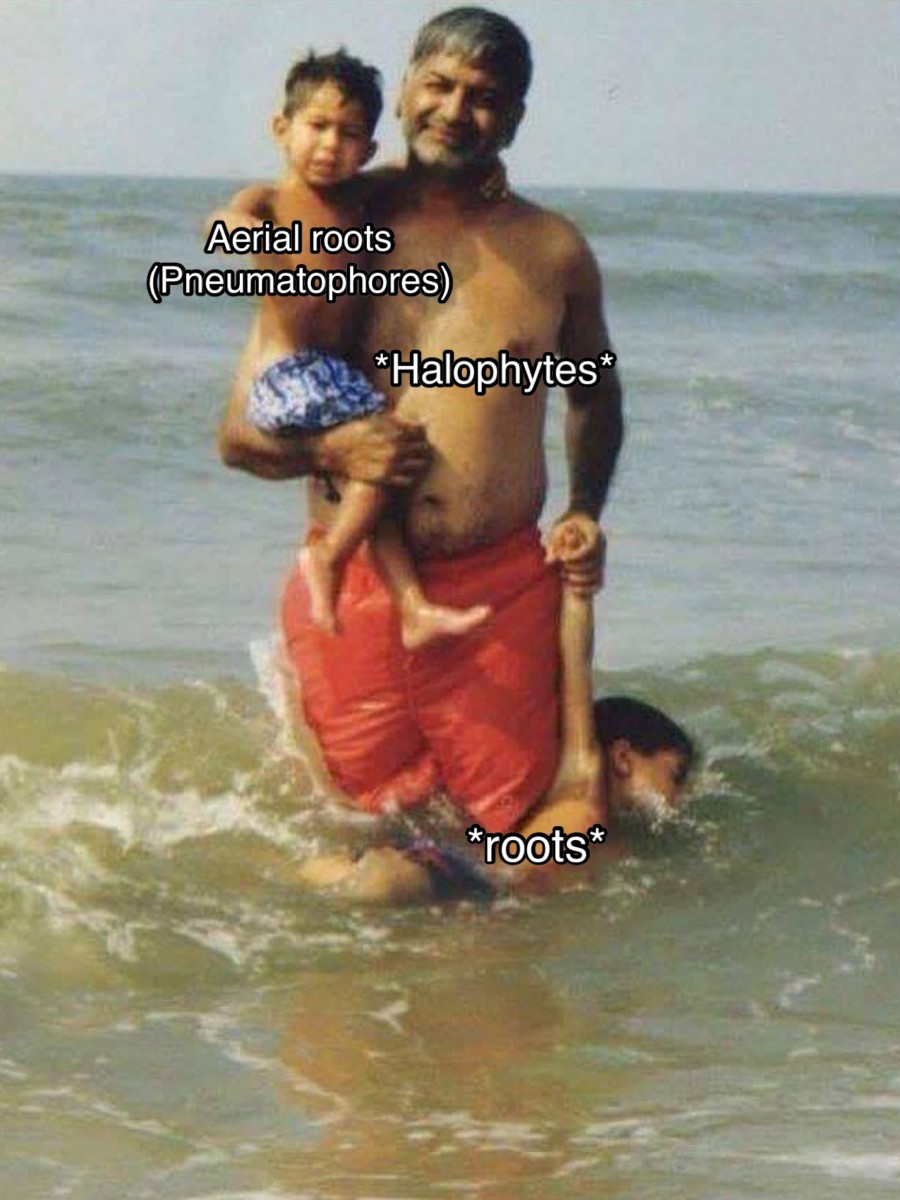 Symbiosis is a relationship between two or more different types of organisms which are living together through helping or not harming each other in any way. Lichen is a good example for explaining symbiotic relationship. It is not necessary for the symbiotic organisms to be of the same kingdom. It is also seen in Hydra and Algae . 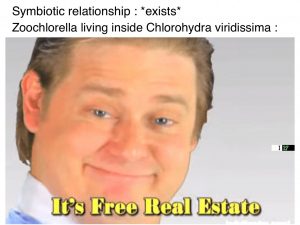 Virus is a common name to us as we know how it causes harm to us. They only have a Protein shell (Capsid) containing nuclear materials (DNA/RNA). They show signs of living organism when inside of a living cell and acts like inanimate object when outside of a living cell . 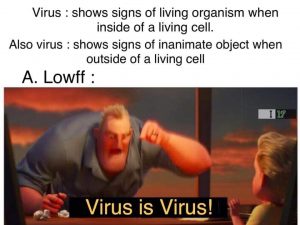 Let’s go deeper . You know how important mitosis division is. One cell divides into two and two divides into four ultimately ensuring your growing/healing process . But before that the cell undergoes some complex preparation which is called Interphase .  Here the DNA is copied so that the daughter cell can maintain the same characteristics as the mother cell .

Central dogma , a theory in genetics and molecular biology subject to several exceptions that genetic information is coded in self-replicating DNA and undergoes unidirectional transfer to messenger RNAs in transcription which act as templates for protein synthesis in translation.

To build the messenger RNA , the DNA has to be unzipped first so that RNA polymerase can start copying while following the signals of Primase through a single strand .
This is where  Helicase(unzipping enzyme) walks in and unzips the DNA strands for the boys to work. 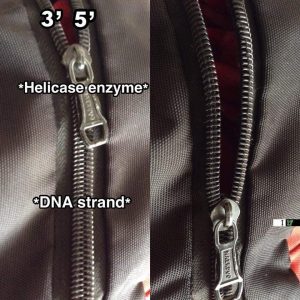 Then RNA polymerase (building enzyme) starts doing its work following the only route he can ever trust, 3’ to 5’ . 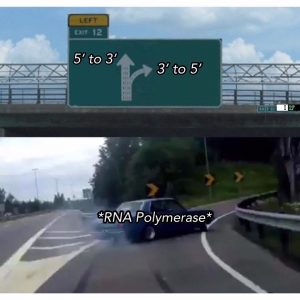 Hope this article was somewhat informative and made you even a bit curious about biology and its mysteries.

Here is a Bonus meme for being patient and reading the whole thing. 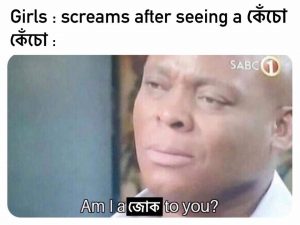 This is an official account of this website. This ID holds articles from two categories. 1. Articles from our non-authors. 2. Articles of the authors whose IDs were deleted.
Previous Introduction to Biostatistics: Scope, Variable & Data
Next Ecosystem

Really good ,go ahead and learn more from ur study